There is little state provision for a particularly vulnerable sector of the population.

There is little state provision for a particularly vulnerable sector of the population. 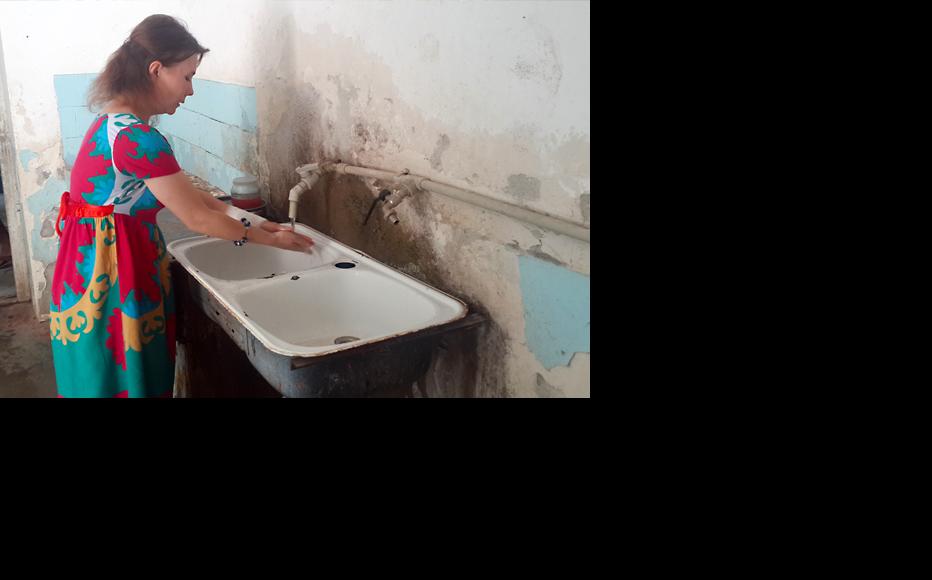 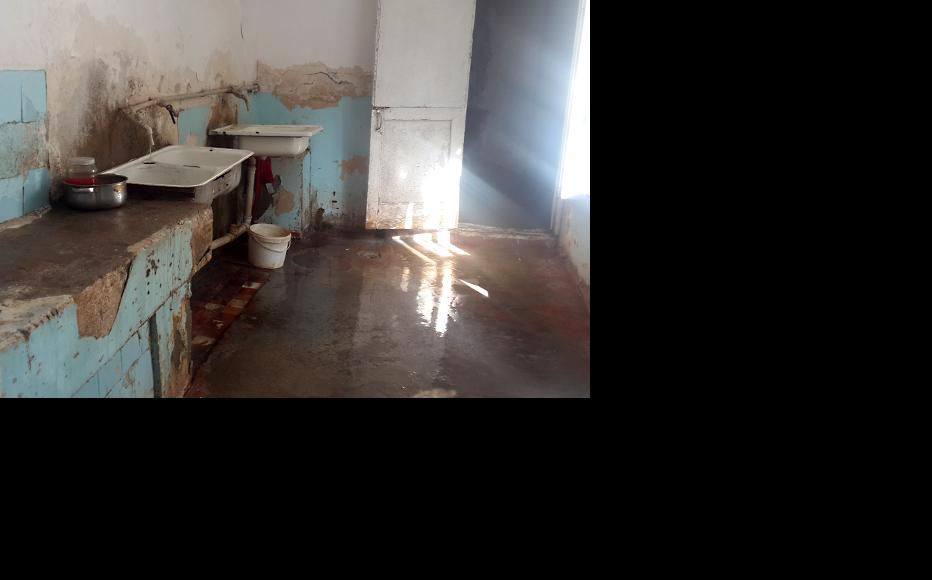 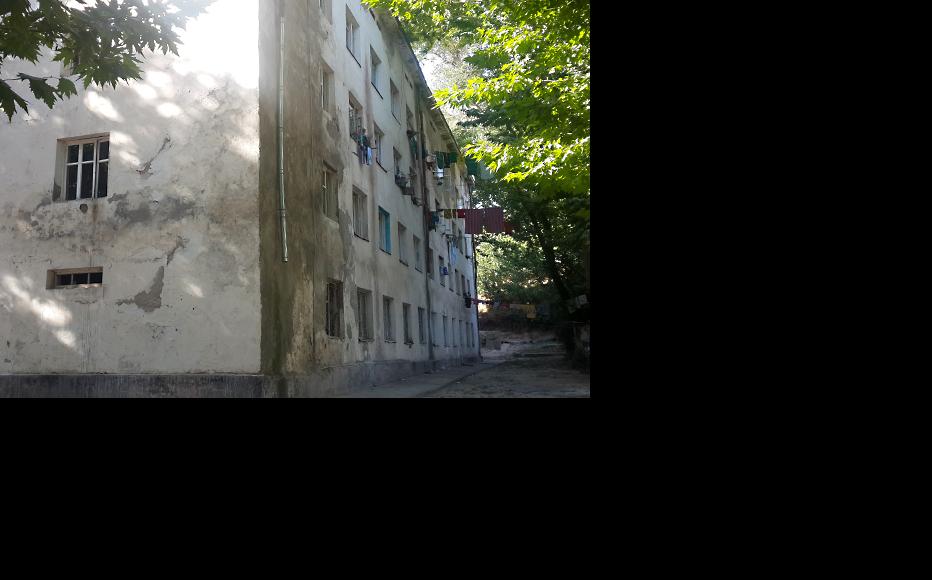 College halls of residence in Dushanbe where Kharlamova used to live. (Photo: Zarina Ergasheva)
The link has been copied

Both of Alena Kharlamova’s parents died before she turned six, and she spent most of her childhood begging on the streets of Dushanbe.

Taken into care by the police at the age of 12, Alena was placed in a state boarding school where she finally learnt how to read and write. However, after graduating at the age of 16 she once again became homeless.

“They did not even tell us that we would have to leave soon; where we should go, where we should live,” Kharlamova, now 20, told IWPR. “Nobody discussed these questions with us. We had no idea, we simply did not know that life on the street was waiting for us again.”

To complicate matters, she had also been left with mobility problems following an accident and now walks with a limp.

Although Kharlamova managed to rent a cheap room in Dushanbe for a couple of years after she left school, finding even a small sum of money each month was desperately hard.

Luckily, she received help from the authorities to study computing at a technical college, where she was provided with free accommodation.

But the tiny room - in a state of disrepair with broken windows and rusty, leaking pipes - was on the fourth floor, meaning it was hard for Kharlamova to access..

And when her course came to an end, so did this accommodation. Kharlamova is now living in Yovon, Khatlon province with a friend who has made clear that the arrangement can only be temporary.

“I wrote to, spoke to, asked [the authorities for help] but with no result,” she continued, wiping away tears. “[The officials] always tell me that there are no apartments, no rooms and that government is not obliged to provide accommodation. One high-ranking official in the mayor’s office once told me that Dushanbe is not a place for the poor and homeless.”

Graduates of care homes in Tajikistan face an uncertain future, with little state provision for their futures.

A significant proportion of them are also disabled, which leaves them facing particular problems as they lack family support structures to help out with finding accommodation or work.

Tajik housing law lists several categories of particularly vulnerable people who should have priority for municipal housing. These include orphans, people with disabilities and war veterans.

However in practice there is little help at hand for those in need.

According to the ministry of education, there are 77 state boarding schools and orphanages in the country. A total of 12,175 children are in the system, 1,459 of whom are disabled.

There are several community homes for disabled adults in Tajikistan, but these cater only for those with mental challenges.

Rustam Gulov is a 33-year-old wheelchair user and a graduate of a Dushanbe orphanage.

For the past five years he has rented a room at shared apartment, but told IWPR that conditions were very poor, with regular electricity and water shortages as well a lack of bathrooms adapted for wheelchair users.

Gulov, who is self-employed and owns a small television and electronic equipment repair workshop, dreams of buying a plot of land and building a house in the capital.

He recently got married and his wife, who is partially sighted, also finds their living conditions challenging.

For three years, he has been negotiating with the authorities to be given access to a plot of land. He said he would arrange to have a house built on his own expense.

“I wrote to everyone and approached everyone, but it all proved to be useless. I sent so many applications to the chairman of Sino district [one of four districts of Dushanbe], lost so much time, but with no result,” Gulov said.

“If you are disabled, you become an object of pity, fear, someone to avoid or insult. Officials often prefer to ignore you and your problems.”

LITTLE CHANCE OF A HOME

A tiny minority of orphanage graduates go on to university, where they are entitled to dormitory accommodation for the duration of their studies.

Juma Davlatov, 24, has used a wheelchair since a botched polio vaccination when he was a child. He enrolled at the Tajik State Institute of Language in the hope that a degree would help his chances of finding a job, but acknowledged that it was beyond the dreams of many others in his situation.

“The housing issue stops many [disabled individuals] from getting higher education. When one has nowhere to live, it’s hard to think about studying or other goals like that,” Davlatov told IWPR.

“Disabled people are often not hired for higher-paid jobs corresponding to their [university] degree. People tend to think that the disabled won’t be able to cope with job responsibilities, although we do have a lot of potential,” he added.

She said that that state legislation on housing, adopted more than 20 years ago, looked great on paper but barely worked in reality.

A small one-bedroom apartment on the outskirts of Dushanbe costs around 20,000 dollars or can be rented 500 somoni (63 dollars) a month.

This was far outside the reach of disabled people living on monthly benefits of 130 somoni or 16.5 dollars.

“The housing code entitles anyone listed in the queue [for housing] to a certain number of square metres. In particular, that is the case for people with disabilities who are unable to earn enough money to buy an apartment,” Shamsiddinova told IWPR. “However, the practice of putting someone on a housing list does not really lead to people getting accommodation in Tajikistan.”

Kudratullo Kurbonov, who heads the Tajik health ministry’s social protection department, told IWPR that orphans, including children with disabilities, were provided with a monthly grant of 800 somoni (100 US dollars) to cover their housing, food and education up to the age of 16.

After graduation, the orphans were no longer the responsibility of the state and needed to turn to their local authorities for help, Kurbonov continued.

However he stressed said that although the municipality did not always find the perfect solution, everyone found somewhere to live.

“District authorities are obliged to provide [state boarding school graduates] with housing, if they lack it. Basically they are being settled in nursing homes for the elderly, or some start living with relatives, but nobody is left on the street,” Kurbonov told IWPR.

Graduates of state care homes such as Kharlamova dispute this.

“Can it be true that they can’t build a few houses for people like me?” she asked. “So many new fancy buildings are being built in the capital, why can’t the government make [developers] build social housing instead of shopping malls?”

Shamsiddinova agreed that it was perfectly possible for people to wait for years and never be housed.

“A disabled individual or orphanage graduate almost always ends up without a job,” she explained. “A bank won’t issue them with credit. And is it worthwhile going into more debt for someone who is broke anyway?”