Although people are friendly, there are few job opportunities.

Although people are friendly, there are few job opportunities. 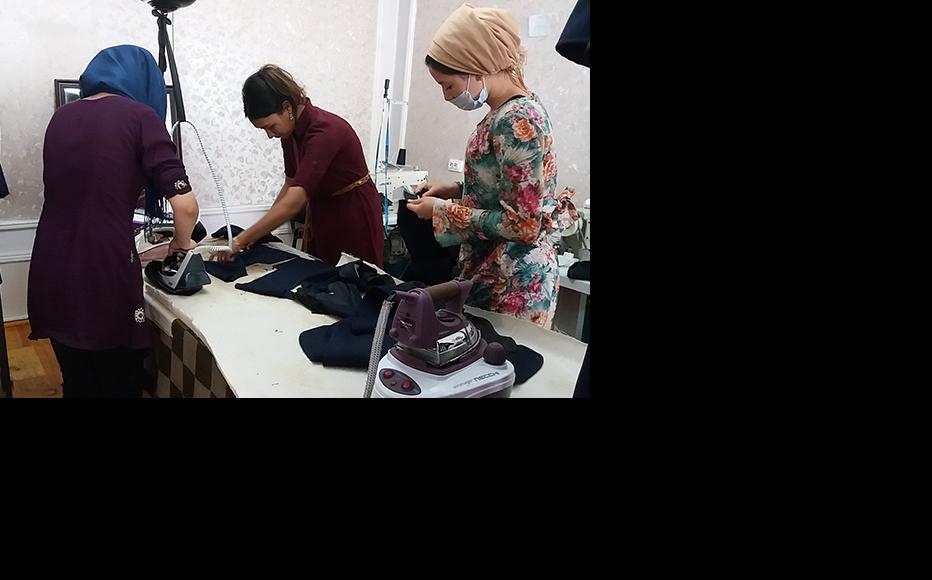 Afghan refugees in Tajikistan say that while they are grateful for the warm welcome they have received in the neighbouring country, they still struggle to find work and support themselves.

There are currently 2,800 Afghan refugees registered in Tajikistan, and the cultural and linguistic similarities between the two countries have helped their integration to some extent.

But Tajikistan is experiencing a financial crisis, with high unemployment and an economy largely dependent on remittances from labour migrants in Russia. In such circumstances, although refugees can both work and access benefits, they often find themselves struggling.

“Our neighbours are good people, and the place is tranquil. Our only problem is the lack of jobs,” said one Afghan refugee who asked to remain anonymous.

Local UN offices have moved on from providing refugees with food kits, clothes and money for rent. Now, the agencies focus on supporting refugees to become self-sufficient by organising vocational courses.

The problem is that only few graduates of such trainings go on to find jobs.

Firuza Safdari is an Afghan refugee who completed a two-month sewing course, but has failed to find any work since.

“On average, there are 16-20 girls [in each class] learning sewing and dress-making or makeup, and it often happens that none of them finds a job,” she said.

Mino Ziyoi, who moved to Tajikistan 18 months ago, has two daughters currently taking vocational courses in the hope that they will be able to help support the wider family.

“[Employers] tell us that they do not have positions, but we have a large family,” she continued. “It is only the son in our family who works; he is a cook in a small organisation. I would very much like to find jobs for my daughters. It is not easy for us to live.”

Another obstacle to finding work is the ban on Afghan refugees living in Dushanbe. The 2000 law prohibiting refugees from Afghanistan from settling in the capital as well as the border areas was passed due to fears of infiltration by militants disguised as migrants.

But Afghans point out that there are more employment opportunities in the capital compared to the provinces, where the local population is in already in dire need of work.

Although those with refugee status in Tajikistan are formally guaranteed equal access to all employment opportunities, in reality they often experience prejudice.

One Afghan refugee, who also asked to remain anonymous, said that those without citizenship were asked to pay bribes if they wanted to find a job.

“As my husband is unemployed now, he has tried to find a job in various places, but almost everywhere he hears the same answer. ‘You are not a citizen of our country, we cannot give you this job. If you want to work here, then pay’,” she said. “We aren’t citizens of this country, so we can’t do anything about it.”

At the same time, the Afghan refugees note that the people of Tajikistan treat them with warmth and kindliness, and say that they appreciate the chance to live in peace and security there.

“Tajik people are very good; we do not hear bad words from them. Unlike my homeland, even walking around at night here you feel secure, no one bothers us,” said 48-year-old Abdullo Latifi, a father-of-five.

Human rights activist Abdumajid Ruzoev noted that being granted refugee status also provided Afghans with the opportunity to start their own small business.

“They, just like our own citizens, are exempt from taxes imposed on foreign citizens,” Ruzoev said.

The Office of the United Nations High Commissioner for Refugees (UNHCR) in Tajikistan offers refugees financial support to start their own enterprise, but few feel confident about starting such an endeavour.

Latifi explained that although his wife had successfully completed a hairdressing course, she had been unable to find a job and did not feel equipped to set up her own business.

“We were told [by UNHCR] to rent some salon and they will pay us the rent for the first month,” the 48-year-old said. “But we do not have the resources to start a business. In addition, we are afraid that we will not be able to pay rent in the future.”

Many Afghan refugees hope to move to a third, more developed country. However, UNHCR made clear that there were no such opportunities.

“To date, we do not resettle refugees,” UNHCR Tajikistan head Vito Trani said.

With the exception of particularly vulnerable people such as single mothers, large families, elderly persons or those with special needs, UNHCR did not hand out cash grants, he continued.

Instead, they provide training for Afghan refugees in Tajikistan on how to earn money and independently support themselves and their families.

He said they currently ran only two programmers for refugees in Tajikistan: integration into local society and assistance in voluntary returns. Trani explained that about 100 refugees return from Tajikistan to Afghanistan each year.

He also noted that, despite the social and economic difficulties Afghan refugees faced in Tajikistan, they had some advantages given the cultural and linguistic affinity of two countries.

Acknowledging the challenges, Trani said that nonetheless he had worked in many areas where refugees faced far more hostility.

“My last job was in Turkey, where we worked with millions of Syrian refugees,” Trani continued. “There have been skirmishes, conflicts and intolerance towards refugees in many countries, but nothing like this in Tajikistan.”

Giving Voice, Driving Change - from the Borderland to the Steppes
Tajikistan, Afghanistan
Refugees
Connect with us