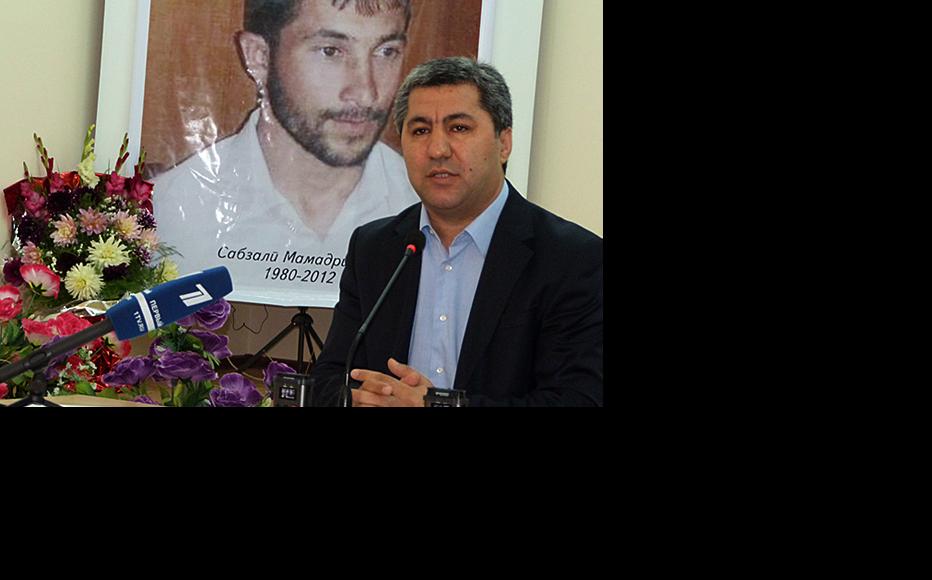 Armed rebels who clashed with the Tajik military in the mountainous southeastern Badakhshan region have begun laying down their weapons, but the killing of a local politician who criticised government policy has raised new tensions.

The interior ministry reported on July 31 that 200 weapons had been handed over to the authorities following an offer of amnesty for anyone who disarmed voluntarily.

Officials say 48 people died in clashes last week between government troops and supporters of the renegade military commander Tolib Ayombekov in and around provincial center Khorog.

Ayombekov, an officer in the border guards service, had refused to be questioned about the July 21 murder of provincial security service chief Major-General Abdullo Nazarov, or to surrender men suspected of involvement.

The latest official figures indicated that 17 members of the security forces, 30 of Ayombekov’s armed supporters, and one civilian died in the fighting, although some local residents quote higher figures. Forty-one of the rebels, five of them nationals of near-neighbour Afghanistan, were captured.

“We were very frightened,” one Khorog resident told IWPR. “The children were crying all the time, and the grenade explosions and non-stop exchange of fire scared them. On the first day, the food situation was OK.… But then we ran out of water, the bread we had dried up.”

She described how, during a lull in the fighting, people left for safer parts of town or surrounding villages .

“One of our neighbours, a 60-year-old man, died of a heart attack. A young woman had a miscarriage but was unable to get medical help,” she said. “What we went through was a nightmare.”

Since a ceasefire agreed on July 25, the Tajik authorities have remained in negotiations with the rebel force, and calm has been restored in the main, although there have been sporadic, localised clashes in some parts of Khorog. Government troops are still deployed in the town but have withdrawn from the nearby Roshtkala district, according to RFE/RL radio. (See Uneasy Truce Holds in Tajikistan's Southeast.)

Landlines started working again on July 28, and mobile phone networks are partly functional. People trapped by the fighting, including some foreign tourists, have been able to leave Badakhshan for the Tajik capital Dushanbe.

The Aga Khan himself, who wields considerable influence as leader of all Ismailis, played a key role in persuading the rebels to accept a truce, urging his spiritual followers to refrain from violence, to work for peace and to uphold the law.

Moves towards stability were upset by the death and apparent deliberate murder of Sabzali Mamadrizoev, the Badakhshan branch leader of the Islamic Rebirth Party, IRP.

Mamadrizoev disappeared shortly after attending a July 23 rally in Khorog where participants called for a halt to the fighting. In his own speech, he criticised the Tajik government for the poor social conditions which forced much of Badakhshan’s working-age population to go abroad.

His body was discovered three days later some distance from his home.

A local IRP member who did not want to be identified told IWPR, “After the rally, Mamadrizoev was detained by law enforcement forces, and driven to a place known as Kala. There he was severely beaten and then shot with a Kalashnikov.”

Although the IRP’s roots are in the Sunni Muslim majority of Tajikistan, Mamadrizoev was a local man and Ismaili by faith.

IRP national leader Muhiddin Kabiri condemned the killing at a July 30 press conference, and urged the Tajik authorities to investigate this case with the same rigour as they would apply to the murder of Major-General Nazarov.

Suspicions about the possible involvement of government forces in Mamadrizoev’s death were heightened by a video released on Youtube which shows men in military uniform shooting a man and leaving his body in the street.

Kabiri acknowledged that it was unclear whether this was Mamadrizoev, but said that “even if this man is not Sabzali Mamadrizoev, but another person – even a criminal – he had a right to humane treatment and due process”.

The day after the footage appeared, Youtube was blocked in Tajikistan. The authorities have also blocked access to other websites including the BBC, the Tajik-language ozodagon.com, and the Russian sites vesti.ru and ferghana.ru.

The head of the Association of Internet Providers, Parvina Ibodova, said the sites had been blocked on verbal orders from the state communications agency.

“We don’t honestly have time to update people on the various sites being blocked,” she said. “They block some in the morning and unblock them in the evening…. It’s being done unofficially, with no notification in writing, by phone, SMS text or fax.”

Tajikistan
Conflict
Connect with us