Politician Rahmatillo Zoirov hopes he will chosen to stand against long-serving president.

Politician Rahmatillo Zoirov hopes he will chosen to stand against long-serving president. 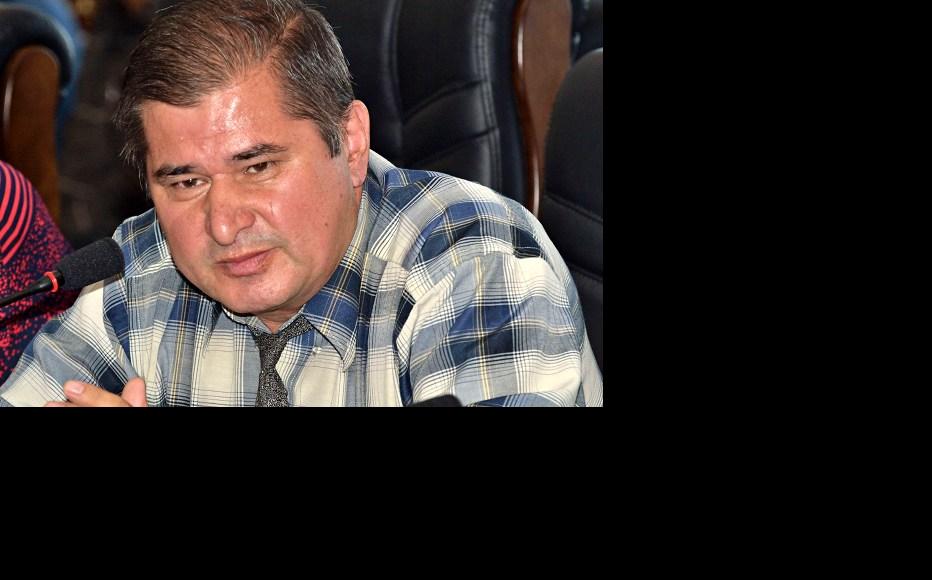 An opposition leader in Tajikistan, Rahmatillo Zoirov, says he is lobbying to be selected as a joint candidate by parties hoping to unseat President Imomali Rahmonov in this November’s election.

So far, the only likely candidate is President Rahmon himself, in power since 1992. He has not yet announced plans to stand, but the ruling People’s Democratic Party, PDP, has already said it will back him and he looks certain to win another term.

Zoirov is head of the the Social Democratic Party, SDP, which is hoping to increase the chance of an opposition victory by forming a coalition with the Islamic Rebirth Party, IRP, and the Democratic Party. The coalition is currently holding talks to identify a politician its members can back as a common candidate.

When Zoirov spoke to IWPR about his plans, he dismissed concerns that teaming up with an Islamic party could compromise the prospects for democracy in Tajikistan.

How realistic is it to think the opposition will win this presidential election?

I strongly believe that if the election is conducted in a transparent and fair way, I will win. Particularly if other parties – and especially the IRP – back me.

That would steer the country towards a revolutionary situation, and it would mean that the PDP candidate [President Rahmon] would be illegitimate.

I’m also fully aware that I’m not the only possible [opposition] candidate. I call on all democratic forces to field a joint candidate, as any other decision will play into the hands of the incumbent PDP candidate.

What’s the aim behind putting forward a joint candidate? Given the outcome of the previous election, few would doubt that President Rahmon is going to win another term.

It’s about unity, shared monitoring, coordination and so on. As for the outcome of the election, no one is certain the PDP candidate will win – not even the PDP itself. What’s more, they know for sure that if electoral legislation is made more democratic – or at least if other parties are able to participate in election commissions – the PDP’s days are numbered.

So the government and the PDP aren’t sure their candidate is going to win, but they are sure they’ll be able to fix the results in their favour.

It’s the IRP that has the biggest support among voters. Those are votes for the party as a political force rather than for any presidential candidate.

Some analysts warn that if democratic parties join up with the Islamic Rebirth Party, this country might go the same way as Arab states where popular unrest has brought Islamic groups to power.

I don’t think one should divide social forces, particularly in politics, into those that are democratic and those that are Islamic. That’s inaccurate and wrong.

I am absolutely convinced that the IRP, and the Communist Party as well, are democratic.

I don’t believe an Arab Spring is possible in Tajikistan, and I don’t fear that. I think it would be impossible for Islamists to take power, as there is no Islamist political force here, only the Islamic Rebirth Party.

What is your election strategy, and what electorate are you targeting?

I will present my election strategy at the SDP congress, and also at the congresses of the IRP and other parties including the Communists if I’m invited. I don’t have the right to put forward an election programme yet, but I’ll start setting out some from June 25 onwards, on the SDP’s website which will be up and running by then, on Facebook groups, and in some media outlets.

What electorate am I after? The entire nation, everyone who finds it unacceptable that the PDP and its candidate are turning a blind eye to democracy and development.

You have been making some strong statements recently. Aren’t you afraid the same could happen to you as happened to Zayd Saidov, the former industry minister arrested on corruption charges shortly after setting up a new political party? (See Tajik Government Takes Out Critics on Saidov.)

I’m not afraid of anything. I serve this country, the citizens of Tajikistan and the law.

Of course, no one is safe from the government’s misdeeds, given what happened to Zayd Saidov. They can kill me, physically eliminate me, but they won’t be able to destroy my spirit.

[Correction: President Rahmon has not yet announced that he plans to stand for re-election, as we stated. Apologies for the error.]