Reports grow that foreign workers are being forced to join Russia’s invasion of Ukraine. 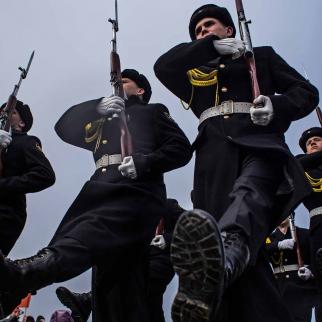 Foreign workers are being coerced or deceived into signing up for military service as Russia’s full-scale invasion of Ukraine continues.

Reports grow that foreign workers are being forced to join Russia’s invasion of Ukraine. 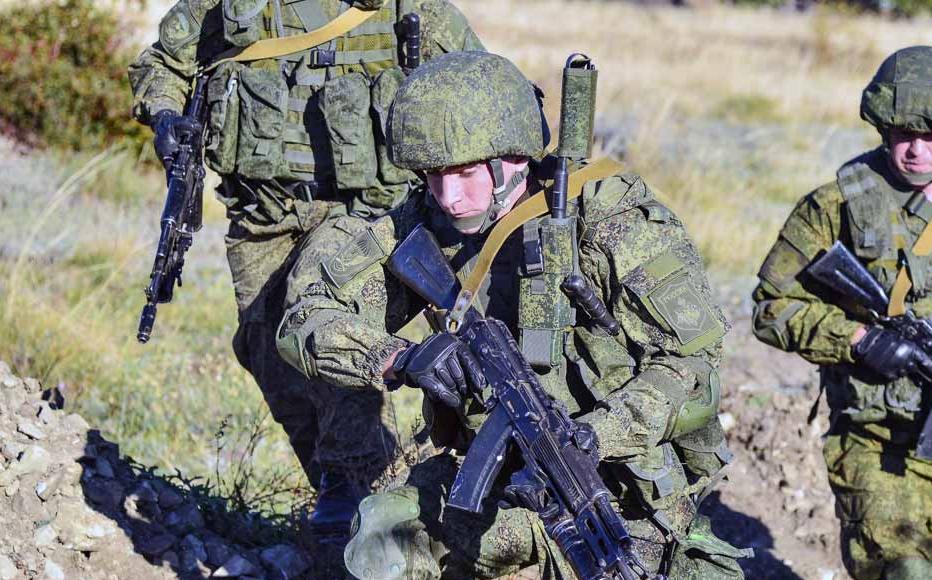 Members of the Russian military. © Igor Rudenko/Wikimedia
The link has been copied

A mass shooting at a military training site in Russia’s Belgorod oblast, allegedly by two Tajik gunmen, has highlighted concerns that labour migrants are being forcibly conscripted into the Russian army to fight in Ukraine.

According to Russian media and investigators 24-year-old Ehson Aminzoda and 23-year-old Mehrob Rakhmonov opened fire at the camp near the Ukrainian border on October 15, killing nine people and injuring 15. The pair were also shot dead.

Aminzoda’s brother Firuz told Radio Ozodi that the deceased had left for Russia seven months ago, and was working in a restaurant. He was last seen on October 10, near the Lublino metro station in Moscow.

Firuz told Radio Ozodi that his brother “was not a terrorist,” but “an ordinary immigrant who wanted to work and build his life”.

No reliable information about Rakhmonov has emerged, but Russian human rights activist Valentina Chupik said she had been anonymously contacted by a Tajik citizen who informed her that his brother, serving a sentence in a penal colony in the Bryansk region, had been coerced into joining the Russian army after torture and threats of rape.

The last time the man had made contact with his brother was September 30, and on October 15 he was told that the young man had been killed “because he was a terrorist”.

Chupik assumed that the man in question was Rakhmonov and advised her interlocutor to leave Russia.

The Tajik authorities said they were still investigating the complicity of its citizens in the attack in Belgorod.

Since the beginning of partial mobilization in Russia, media and social networks have reported the disappearance of at least ten Tajik citizens, most of them young men. Their relatives are concerned that they may have been recruited to fight in Ukraine.

Asked about the disappearances, the Tajik embassy in Moscow acknowledged that it had received complaints about missing citizens, but stressed that there was no evidence of their forced relocation to Ukraine.

"Despite the fact that many relatives of missing people think they have gone to Ukraine, we have not received any statements about the forced transfer of citizens to Ukraine. Claims about missing people are dealt with by the police," the embassy said in a statement.

Lawyer Shukhrat Kudratov, who works with migrants in Russia, told IWPR he had heard that Tajik men obtaining their documents at Moscow’s Sakharovo work permit office were being forced to sign papers consenting to enlistment.

"We urge [them] to read carefully any paper you sign,” he said, adding that sometimes, the transaction was made clear.

“’Do you want to get Russian citizenship? Go ahead and serve for a year.’ Those who dream of citizenship agree to this offer," he said.

A Tajik migrant who requested anonymity told IWPR that when he applied to the passport service at his place of residence in Russia, he was told that he could obtain his documents only after signing a contract to serve in the Russian army.

The man said that he immediately refused.

"I argued with them for a long time. In the end I got out of there and left Russia the same day. If I had stayed even a little longer, they would have already sent me to war," he said.

He recalled encountering many other young Tajiks who wanted to get Russian citizenship and had been offered the same conditions.

“Some signed, others, like me, did not agree," he said

Human rights activist Karimjon Yorov, who works with migrants in Russia, said he believed there could be hundreds of such cases, including those with dual Tajik and Russian citizenship.

“In most cases they are told openly: you're going to war. They raid [workplaces] and force them to sign contracts," Yorov said.

"Personally, I received about 70 phone calls from migrants saying that attempts had been made to persuade them [to serve in the army] at enterprises, at police departments, especially at the Sakharovo work permit office,” Yorov said.

"They are coerced, beaten, forced to sign contracts to serve or have their detention conditions worsened,” Yorov continued.

“One man approached us, he was given a suspended sentence, and he can't leave Russia. He was offered to join the army. They tell him through the district inspector during the paperwork that they will toughen the punishment if he doesn't sign the contract.”

According to him, those sentenced to 15- 25 years have agree to participate in the war for six months or a year.

"In this way, they are exempted from continuing to serve their sentences. They get Russian citizenship and a large sum of money," he said.

Yorov noted that serving in Russia’s armed forces in Ukraine could have legal consequences. Russian as well as Tajik law provided for punishment for citizens’ illegal involvement in armed conflict or military action on the territory of other states.

Such mercenary activities carred penalties from 12 to 20 years.

He said, “Right now in Russia this article of the law is not applied, but if the authorities change - or relations with Tajikistan change - then those who were forcibly or fraudulently involved in the war in Ukraine may be punished."