Converts try to keep a low profile amid growing uncertainty about their religion’s status.

Converts try to keep a low profile amid growing uncertainty about their religion’s status. 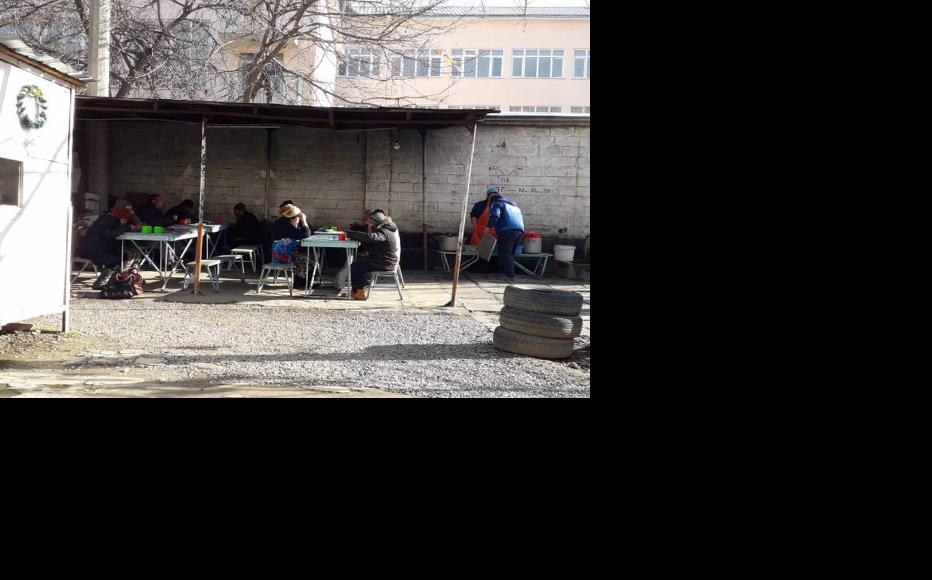 The inside of the church yard, where the food to the poor is served. (Photo: IWPR) 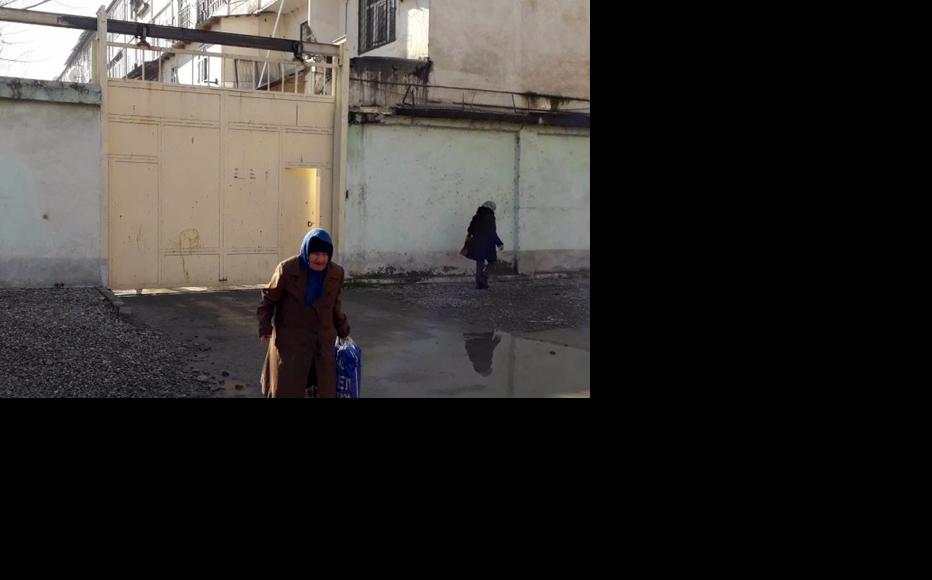 The very discreet gates to the church. (Photo: IWPR)
The link has been copied

When Umed (not his real name) was a teenager, he converted from Islam to Christianity after his desperately ill mother experienced what he saw as a miraculous cure.

“When I was in the 8th grade, I always called my uncle ‘kafir’ [unbeliever] because he converted from Islam to Christianity. When mum got sick, a lot of doctors came to her, but she didn’t get well, she almost died,” explained Umed, now 26.

“When my uncle prayed for her, she recovered. It was like a miracle. And from that moment on, I came to believe and changed my religion.”

His decision proved controversial, even amongst his family.

“I faced condemnation from others, so now I try not to display the fact that I am a Christian. In the beginning, even my parents didn’t accept my change of religion. But when they saw that I had not changed at all, and, on the contrary, noted that I had become better, they accepted me as I am. But sometimes I have problems with my wife. She doesn’t understand me.”

Umed, who lives in Dushanbe, is now a member of the Greace Sonmin missionary centre but prefers to maintain a low profile in the local community.

“We don’t usually discuss my religion, and I never talk to my neighbours about it,” he continued.  “It is better if they do not know. I cannot explain my decision to everyone, as there are a lot of fanatics.”

Tajikistan’s population of nine million is overwhelmingly Muslim. Although the state theoretically respects the freedoms of religious minorities, deteriorating levels of tolerance in Tajik society means that many Christians say they face discrimination from ordinary citizens.

Many Christian missionaries came to Tajikistan following the collapse of the Soviet Union, bringing a number of new Protestant movements. There are now 67 non-Muslim religious associations registered in Tajikistan, mostly Christian.

There are believed to be between nine and 12,000 Protestants, including the Pentecostal Korean movement Sonmin Sunbogym, Presbyterians from the Greace Sonmin mission, Adventists, Baptists and Lutherans. There are also three Catholic parishes, in Dushanbe, Bokhtar and Chkalovsk. Since 2009, the Jehovah’s Witnesses have been illegal inTajikistan.

These non-Muslim groups have also been affected by the increasingly tighter controls in the religious sphere. With interest growing in Islam, especially in rural areas, the state has introduced numerous measures it says are needed to counter radicalisation.

However, local and international human rights activists have criticised the authorities’ approach to religious freedom, describing it as part of a wider policy of discrimination. The focus has been on Islamism, but minority groups have also been affected.

In the summer of 2017, for instance, the Khujand city court sentenced the Sonmin Sunbogym Protestant Church pastor, 42-year-old Bahrom Holmatov, to three years in prison. He was found with religious literature deemed to be extremist by a special council established by the Committee on Religious Affairs – tasked with examining all such texts before they can be distributed or published in Tajikistan.

The Presbyterian Korean Church Sonmin launched operations in the country in 1992, and was later renamed Greace Sonmin. It was initially very popular, quickly gaining a congregation of about 2,500 people. It provided medical and other humanitarian assistance to families in need, as well as English language, computer literacy and taekwondo courses. South Korean missionaries built hospitals, clinics and educational institutions in Tajikistan’s second city Khujand, often with active approval and support from the local authorities.

But growing radicalism and religious intolerance in Tajikistan led to problems for the church. On October 1, 2000, two bombs exploded in the Sonmin Sunbogym Protestant Church in Dushanbe, killing eight people and injuring 48.

Two students at the Islamic University in Dushanbe were convicted the following year of organising the attack. They said they had carried out the strike for religious reasons, as the Church had attracted many Muslims to convert and abandon their old faith.

After the 2000 attacks, the church tried to keep a lower profile, limiting its activities and humanitarian programmes.

The current status of Sonmin Sonbogym remains unclear. Although the Tajik authorities claim it is unregistered and therefore illegal, the church maintains that it was most recently registered in 2009 with the Committee on Religious Affairs and that there has been no court order to shut it down.

The Greaсe Sonmin centre is located on the first floor of a four-story residential building, with no signs identifying it as the location of a Christian organisation. The centre provides free food to the poor every Tuesday and Friday.

The Greace Sonmin pastor, who gave his name only as Marat, told IWPR his church was not funded by Sonmin Sunbogym. He also said that many of his co-religionists preferred not to advertise their faith.

“There are believers, Christians, who live in Muslim families, and they are afraid to speak openly about their religion,” he continued. “They go to the mosque with Muslims, but pray as Christians. Out of fear of their relatives, they hide it.”

“About 300 believers pray in this centre every day. Some come even from other districts to pray here. Naturally, when the new people come, we ask them how and why they came, maybe someone among their friends invited them. It would be wrong if the new people came to us, and we pay no attention to them.

He himself said that he did not believe their activities were illegal.

“According to the law on religious associations, the leader must be a citizen of Tajikistan, and I am a native of Tajikistan coming from a Muslim family,” Marat continued, adding, “We do not care for the age and religion of those who come here to eat every Tuesday and Friday. We have no problems with Muslims, and we always pray for peace in Tajikistan.”

This publication was produced under the IWPR project Forging Links and Raising Voices to Combat Radicalisation in Central Asia.

Tajikistan
Life
Connect with us