Concerns remain over whether they present a more long-term public danger.

Concerns remain over whether they present a more long-term public danger. 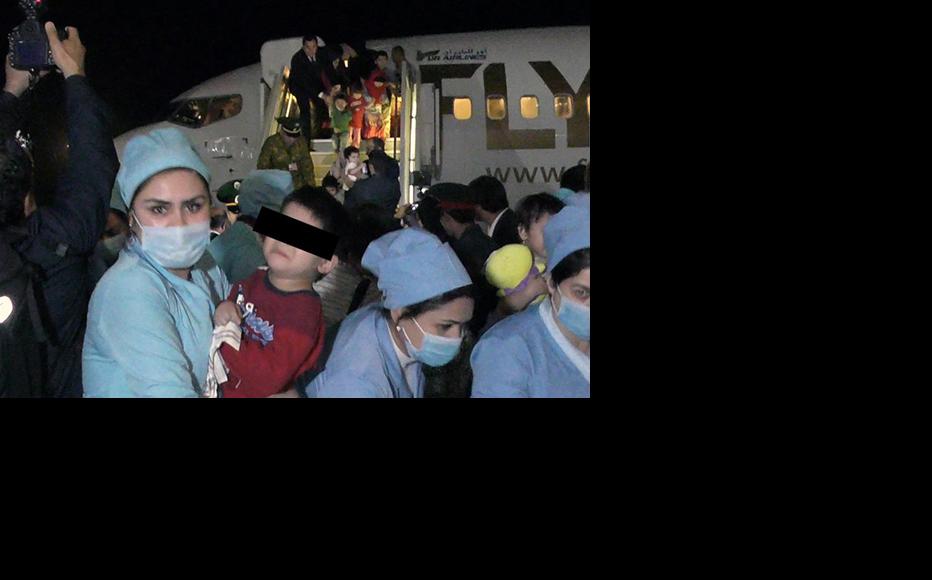 Children from Iraq arrive in Dushanbe. (Photo: CABAR/IWPR)
The link has been copied

The children of Tajik citizens who travelled to join Islamic State (IS) in Syria and Iraq have yet to be returned to their relatives back home, despite government assurances that they would be handed over once repatriated.

A total of 84 children were brought back to Tajikistan in late April this year. Their parents are mostly either dead or serving long prison sentences in Iraq for terror-related activities. According to media reports, around 35 families have applied for custody of these children.

But Shodihon Jamshed, the deputy minister of health and social protection, told IWPR that so far none of the 84 children had been transferred to the care of their relatives.

He explained that 44 children under the age of five had been placed in orphanage No 2 in Dushanbe, while 33 school-age children had been sent to other boarding schools and orphanages. Apart from four children undergoing medical treatment, all were healthy.

Those placed in orphanages would gradually be returned to their relatives, Jamshed continued, although he declined to give more details and emphasised that other government departments were responsible for these issues.

However, some relatives told IWPR that although they had been informed that the children were transported from the Harangon health resort to various boarding schools and orphanages, they had been given no indication as to when they could see or take them home.

Nuriddin Turanov, 60, who lives in the city of Panjakent in the country’s north-west, said that he longed to see his two granddaughters, aged seven and four, who had recently been brought back from Iraq.

“We want to take them into our care. I prepared a separate room for my granddaughters, made all the preparations for them. We are waiting for the authorities’ consent,” Turanov said.

The seven-year-old had been taken from Harangon to a boarding school, but Turanov has been unable to see her, although the authorities promised that they would soon contact him to arrange a visit.

About a month ago, Turanov managed to see the four-year-old in orphanage No 2 in Dushanbe, where he said that conditions were good and he was once again reassured that he would gain custody of the child after all the relevant documents were filed.

Turanov added that he had also spoken to his daughter-in-law, now serving a prison sentence in Iraq, who said that she too had received assurances that the Tajik authorities would transfer the children to their close relatives.

Officials have said that children under three with the necessary documents are likely to be handed over to relatives. Older children – who had been subjected to more psychological trauma and may even have become radicalised themselves - will need to spend some time in educational institutions or orphanages.

“We will implement all possible measures so that they can become respectable members of society,” Ramazon Rahimzoda, minister of the interior, told reporters recently. “So that they leave behind the ideology and mentality that they adopted there.”

In July, the ministry of education and science created working groups to help the children’s adaption to their new life. Some older children, for example, were not familiar with the Tajik alphabet.

Nuriddin Said, minister of education and science, told a press conference at the time that they would create special classes for this group, adding, “The issues of providing food, clothing, health services and restoring relations with relatives are under control.”

He added that all school-age children were currently studying in classes appropriate for their abilities.

“All the children who were returned from Iraq are under the supervision of the state, the government and the ministry of education and science,” Hushbaht said.

However, Hamza Turabekov, 50, a resident of Zafarobod district in the Sughd region, argued that state-run homes were no substitute for a family’s love. He is still waiting to see his four and five-year-old grandsons.

Turabekov explained that, unbeknownst to him, his ex-wife, daughter and two sons left first for Syria and then crossed the Iraqi border into IS-controlled territory.

He had no idea what happened to his sons, but his daughter and his ex-wife have since been sentenced to life imprisonment in Iraq for crossing the border illegally and assisting IS, while the children were returned to Tajikistan.

Having travelled to Dushanbe’s orphanage No 2, he was informed that his four-year-old grandson was undergoing medical treatment and could not be visited until his condition improved.

Turabekov was also told by officials from the state committee for national security that his five-year-old grandson had been placed in a boarding school, but was not informed as to which one.

He said that however good the physical conditions they were living in, they needed the love of their families.

“They got nobody else in Tajikistan, their fathers died, their mothers got a life sentence, I have to take care of them,” Turabekov said.

At first, Turabekov’s daughter had refused to give permission for her children to be returned to Tajikistan.

“Then [officials] called me and asked to persuade her,” Truabekov explained. “She agreed on condition that I become the guardian of my grandchildren. However, after more than four months, the authorities have not returned the children to me. I have prepared all the necessary accommodation for adoption with my other daughter and new wife, but it is not clear now what the authorities will decide.”

The International Committee of the Red Cross has recommended that the Tajik authorities return the children to their relatives to help them adapt to their new lives.

Psychologist Maryam Davlatova said that all these children had been subjected to serious psychological trauma and would require specialist treatment.

“However, in a family circle there is love, and nothing can replace that for children,” she said, adding that the rehabilitation proceed would be also faster if relatives were allowed to visit children frequently in their care homes or boarding schools.

Davlatova added that she did not believe that these children were any kind of threat to public safety, a view which sociologist Nazri Asadzoda disputed.

He said that he had reached this conclusion after talking to psychologist Mahmadullo Davlatov, who the authorities tasked with conducting a study of the mental state of child returnees.

Asadzoda said that he learned that some of the children consider people around them in Tajikistan to be “kafirs” (infidels) who needed to be killed.

“Changing the extremist and dangerous views of children requires on one hand,more time, and on the other, expert assistance,” he continued.

“Given the extremist views of these minors, it’s better to keep them in special conditions and provide them with psychological and educational support from experienced professionals. To continue such work will be in the interests of both children and society.”

Asadzoda noted that there was no guarantee that the children’s mentality could be changed within families without specialist care, adding, “This is especially true for those families that hold radical fundamentalist views.”

Tajikistan
Children, Peace
Connect with us