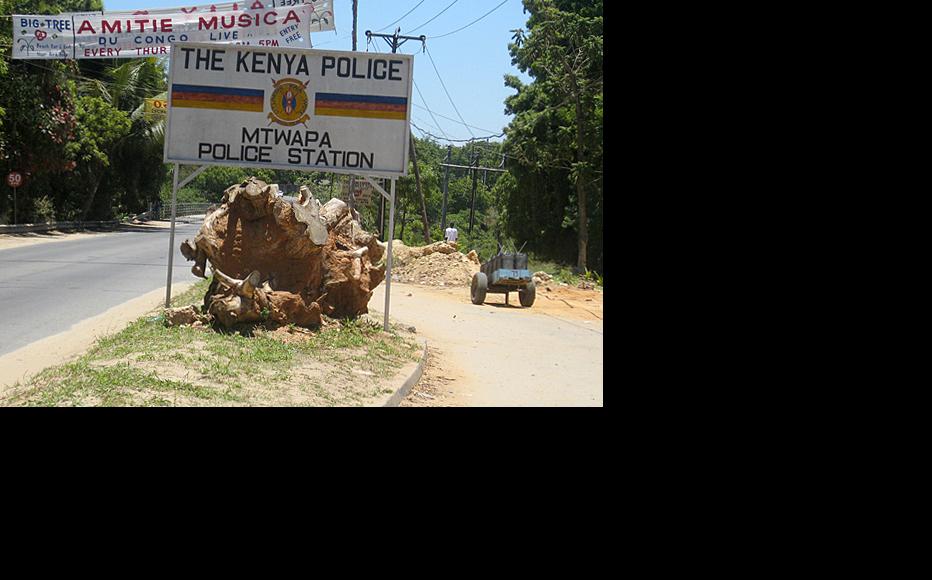 Greater accountability, tighter discipline and better pay are seen as ways of dampening police officers’ enthusiasm for bribes. (Photo: BBCworldservice/Flickr)
The link has been copied

“Can I see your driving licence?” a traffic policeman in Kenya’s Rift Valley asked after pulling minibus driver Waweru over to the side of the road.

Waweru, a father-of-four who lives in Kangemi, north-west of the capital, has worked as a bus driver on the Nairobi-Eldoret highway for more than 14 years.

Nearly every day, he gets pulled over by a traffic officer.

On this occasion, he said, the policeman had “a harsh voice that all of us in the [bus] industry are only too familiar with and which implies things could be difficult for me if I proved stubborn. I flashed out my document, handing it to him as always, but of course with a 50 shilling note [60 US cents] tucked in between the pages.”

On top of fuel and maintenance costs, Waweru and the conductor on his minibus factor an additional 200 shillings into their daily budget in order to pay off the numerous police officers manning roadblocks along their route.

“Police will always find something,” he said. “It’s easier and less troublesome to give them petty bribes to avoid intimidation and all manner of inconceivable accusations related to traffic offences.”

Mwongera, another bus driver, travels along the route from Eldoret to Busia in western Kenya every day.

On one recent occasion when he was pulled over by a traffic officer, he made the mistake of failing to offer money.

“After a brief inspection, the officer reached out to me for my documents, and after scrutiny he appeared dissatisfied and told me to park my vehicle,” Mwongera said. “To my surprise he told me he had noticed my vehicle was not stable on the road and at the same time I was speeding.”

But once Mwongera had handed over 100 shillings, the traffic officer allowed him to go on his way.

Around 125,000 public minibuses run on Kenya’s road network each day. The experiences of Waweru and Mwongera are the norm rather than the exception.

There are numerous other illicit income sources for the police.

In a worldwide survey published by Transparency International last month, the Kenyan police force was marked down as the country’s most corrupt state institution in the eyes of the public. Ninety-five per cent of Kenyans interviewed described the force as either “corrupt” or “extremely corrupt”, and 77 per cent said that they or a member of their household had bribed a police officer within the last 12 months.

The government has long talked about finding solutions to the corruption that is endemic within the police, but critics say it has had little success.

According to Transparency International, one of the major barriers to fighting corruption is the vicious circle where members of the public are accustomed to using unfair methods to secure services, while the providers of these services “seek further opportunities to exploit their position to make more money”.

Samuel Kimeu, Transparency International’s executive director in Kenya, told IWPR that corruption within the police had become so widespread that it was no longer seen as anything unusual, let alone illegal.

“Bribery has permeated the ranks of the police service over the years to the extent that it has attained a sense of normalcy,” he said. “A general sense of impunity currently prevails in the public service in so far as corruption is concerned. With little political leadership on the matter, corruption has been left largely unattended.”

The interior ministry has taken no significant action to force the police leadership to address the issue, he added.

“The fact that no police commissioner or inspector-general has been held to account for their failure or inability to tame the widespread corruption means there is little motivation within to deal with the problem,” he said.

Kimeu argues that even if members of the public are opposed to illicit practices like bribery, many have lost all faith in the law-enforcement system.

“The public is no longer willing to report bribery experiences to the police because they do not have the confidence that the [incidents] will be acted upon,” he said. “The new police leadership does not seem to have done anything to boost this confidence, either.”

While there have been some efforts to tackled corruption among the police, even the government concedes that these have been largely ineffective.

Irene Keino, deputy chairperson of Kenya’s ethics and anti-corruption commission, said many officers who had been caught in the act had been arrested or sacked. However, the commission could not provide any specific figures, nor could it say whether any of the officers concerned were actually prosecuted.

“Unfortunately [being arrested or sacked] appears not to be enough of a lesson to other officers in the service,” Keino told IWPR. “Most new officers joining the force become infected suddenly with the extortion and bribery vice.”

As part of a process of police reforms, the government appointed a new inspector-general for the force, David Kimaiyo, in December 2012. New laws will give Kimaiyo more control over staffing and disciplinary matters within the police.

Responding to the Transparency International report, Kimaiyo said he planned to turn things around. He said he wanted “to change this institution for the better” and would get tough on officers taking bribes.

“We are going to be more strict, especially from our headquarters, on those involved in this kind of menace,” Kimaiyo warned. “We are ready to affect mass sacking to clean up the service.”

When questioned about corruption, some senior police officers blame the public for offering bribes.

“Motorists and other road users are the resource adding fodder to skyrocketing malpractices,” said Samuel Kimaru, commander of the national traffic police division. “The vice should not be blamed on the police, the whole transport sector is corrupt. Civilians have the resources and money to bribe the police.”

Lilian Renee Omondi, deputy chair of the Law Society of Kenya, noted that rank-and-file police officers were poorly paid and badly led by a leadership that provides little accountability.

The most junior officers currently earn around 20,000 shillings, the equivalent 227 dollars, a month, although this is due to rise.

“Kenyan police officers are among the civil servants who are poorly paid and living in deplorable conditions, and that could make them very susceptible to corruption and crime,” Omondi told IWPR. “Sustained implementation of police reforms will no doubt help reduce corruption and other vices in the police force.”

Experts offer a number of prescriptions for dealing with corruption. Some want police officers to be subject to stringent performance appraisals that would expose any malpractice and increase accountability across the force. The Independent Police Oversight Authority, the National Assembly and the interior ministry could all play a role in holding the police leadership accountable for meeting fixed targets, they say.

Kimeu argues that one of the keys to solving the problem lies in the hands of Kenyans themselves.

“There is need for public education to inculcate values of honesty and integrity,” he said. “The public is the ultimate guarantor of integrity. Without a public that cares about these values, it is impossible to have institutions that uphold them.”

Kimeu said mechanisms were needed that encouraged citizens to report cases of corruption, allowed complaints to be registered against the police, and enabled the authorities to take disciplinary action across the service.

Robert Wanjala is a freelance reporter in Eldoret, in Kenya’s Rift Valley region.