“Where is my father? Why did he leave us?”

“Where is my father? Why did he leave us?” 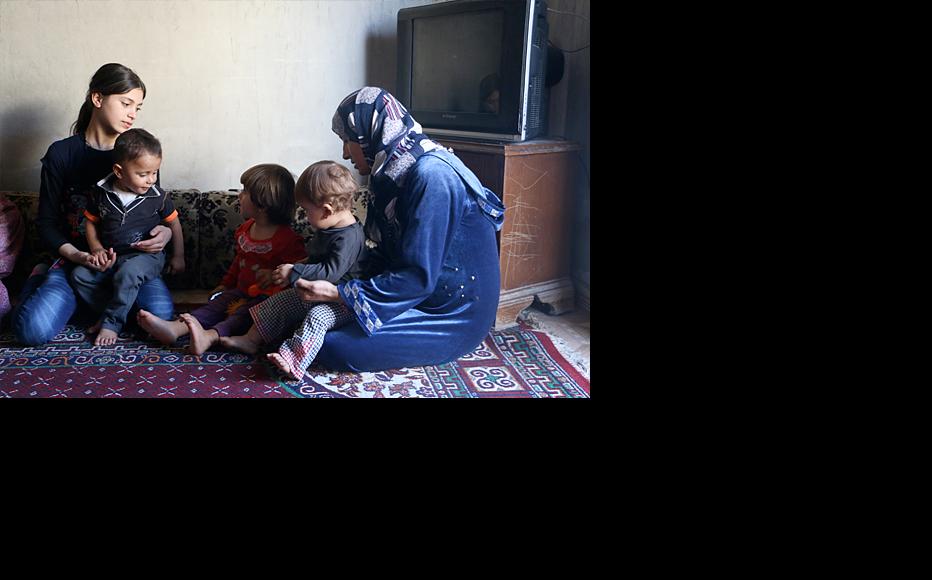 A displaced family from Kobani settle in Aleppo’s Sheikh Maqsud neighbourhood. (Photo: Baraa al-Halabi)
The link has been copied

The loss of my brother Maen has given rise to many questions.

“How did you feel when you found out you’d lost your brother? How did you react when you heard the news? What do you do when his children ask for their father?”

Maen left four young children behind, and they have many questions too – “Where is my father? Why did he leave us?”

Their questions fill my heart with grief, but I don’t have the answers, so I suffer in silence.

My brother Maen was my hero, my support, and the keeper of my secrets. He had a great sense of humour, and those who knew him loved his company.

I still remember him standing in front of Idlib’s clock tower chanting, “I’m oppressed and I want my freedom.”

Sadly, destiny had other plans.

Maen was a member of the opposition forces, and he assembled his own battalion. He looked after his men as if they were his children, especially when they were wounded.

My mother would cook for his men during Ramadan. I remember her once asking him, “Why don’t you deliver the food to your men, then come back and break your fast with us today?’

“No, mother,’ he replied, “I want to eat with my men. They are my children. My four youngsters are now your children.”

Maen then said to me, “My children’s education is your responsibility. I’m counting on you.”

God willing, I will not fail him.

My brother was a courageous person, and he fought God’s enemies with valour.

He once came across my mother sitting alone in her room, crying. She told him she was sad because we had been displaced, and she was worried that her children might be martyred while seeking victory.

Maen tried to comfort her by saying, “We must have faith in God and dedicate our lives to Him”.

I have been told that when he was with his battalion, my brother was a modest, engaging leader. Members of his unit say he was one of a kind. He rarely slept at home with his wife and children, and instead he spent his nights moving from one camp to another, sleeping among his men to ensure they never felt neglected.

Maen didn’t fear death, but he hoped that when it happened, it would be in his home town, Idlib. He was stationed at Idlib’s al-Qarmid checkpoint on March 4, 2013 when death came his way.

I will never forget that day. Mohannad, a member of Maen’s battalion, brought us the news. He came to our house at seven in the morning, his eyes swimming with tears.

My mother took one look at him and realised something was wrong.

“I have faith in God,’ she said to him, “Tell me, has something happened?”

“Who has died?” she asked, knowing in her heart that it was one of her sons.

“Your son Maen, our leader, has been martyred,” Mohannad replied.

My mother leaned against a tree, realising that her martyred son had planted it with his own hands.

“May God grant me patience,” she prayed. “We belong to God, and to Him we shall return.”

My mother came into my bedroom, “Wake up, Razan,” she said, “Your brother has been martyred.”

I screamed Maen’s name, the tears rolling down my cheeks. My mother held my hand as I cried and asked her, “How? When? Where?”

“They are burying him in Kfar Jalis [village] as we speak,” she replied.

My brother had asked to be buried somewhere outside our village. He didn’t want my mother and father to walk past his grave every day and relive the shock of losing him.

After Maen’s death, his widow and four children moved in with us. Every time I look into their eyes, I see him.

None of us knows what the future holds, but we are still hopeful. I will honour the promise I made my brother and make sure his children receive a full education.

Maen, my dear brother, may your pure soul rest in peace.

Razan is the pseudonym of a Damascus Bureau contributor living in Idlib, Syria.