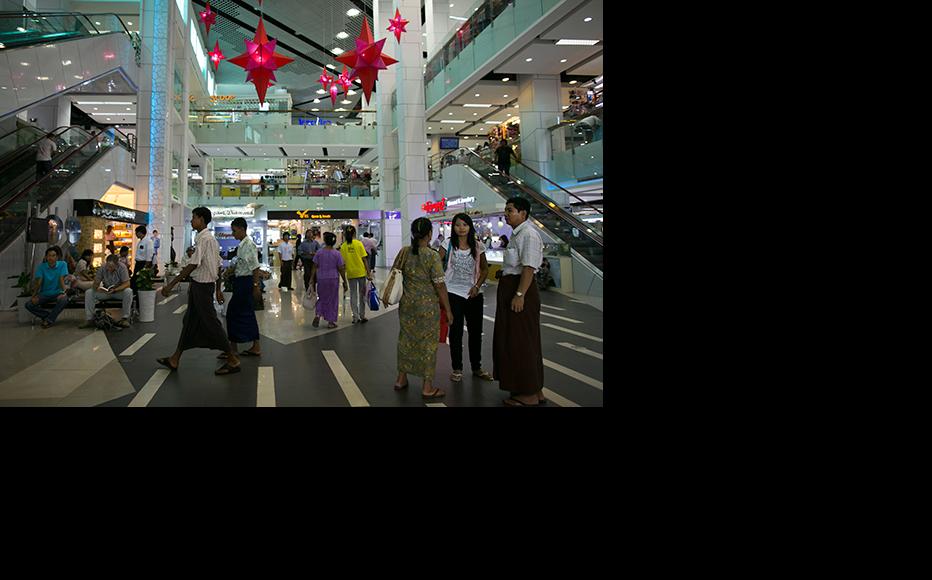 Myanmar's economy is booming, but the country's economic reforms do not automatically translate to democratic gains. (Photo: Paula Bronstein/Getty Images)
The link has been copied

Myanmar is among the latest group of countries seeking membership of the Open Government Partnership (OGP), amid the government’s promise to increase accountability and public participation.

As the former colonial power and host of the recent OGP summit in London, the United Kingdom has already offered the country’s former military leaders its help in fulfilling the necessary joining criteria, which include implementing “the highest standards of professional integrity across government; increasing public information, supporting civic participation and increasing access to new technologies for openness and accountability”.

Given Myanmar’s record on governance and its chronic problem with corruption, which saw it rank 172 out of 176 countries in last year’s Global Corruption Barometer compiled by Transparency International, it requires a huge leap of faith to believe the country can seriously deliver on these commitments any time soon. A recent survey on global citizen engagement in government put Myanmar below Afghanistan and only just above North Korea.

The good news is that after many decades of fiscal policy influenced more by astrology than Keynesian logic, experts agree that Myanmar’s economy is finally getting back on track.

But the bad news is that economic reforms do not automatically lead to democratic gains — not even when accompanied by a measured increase in the political space — when the constitution and political backbone of the country remain essentially unchanged.

Many long-term activists and observers like Mark Farmaner of Burma Campaign UK believe the international community is not doing enough to help Myanmar transition into a real democracy, as opposed to simply helping it develop into a much more effective authoritarian state and rising economic powerhouse in Southeast Asia.

Donor priorities are to help economic development and support reform in government. Given the pitiful state of Myanmar’s public administration, international interest has so far focused on building up the capacity of key institutions and systems.

And rightly so, because the challenge is huge.

Returning to Myanmar after 25 years and with support from the UK Department for International Development (DfID), the World Bank undertook the first real study into the country’s public financial management systems earlier this year and gave them the lowest possible grades (a D or a D+). The institution was unable to find enough data to score them in 22 out of 31 indicators used to measure effectiveness.

Overall, the study found “a lack of strategic approach to financial management with central oversight agency engagement focusing more on low value processes and less on analysis of results and impact of spending.” It added that “budget expenditure credibility in recent years has been low,” and that “parliament does not generally have sufficient information to advise on service delivery, efficiency and effectiveness”.

Donors are at least working with the parliament in Naypyidaw and with its various committees to improve the quality and level of legislative oversight. This is very important.

Yet given the terrible state of the fiscal system, low credibility in the institutions and the huge problem of corruption, is it realistic for donors to expect great improvement from government and a relatively new parliament alone? Doesn’t good governance require more? What about the kinds of checks and balances provided by external monitoring and engagement? What about public participation and all those other commitments stipulated by the OGP?

Shouldn’t donors be working to build the capacity of society as a whole to understand, monitor, demand and engage in fiscal and administrative reform? Isn’t building public ownership of public money ultimately one of the most sustainable and effective ways of building real accountability?

Ultimately, without informed and objective oversight and engagement taking place continuously and throughout society, there is precious little chance of the government in Myanmar learning to serve the interests of the public as opposed to its own.

The last time the international community came together in such force to try and rebuild a country here in Southeast Asia was when they poured into Cambodia in the wake of the 1991 peace agreement.

But back then, rather than building the capacity of ordinary people and communities to help shape transition and ensure accountability, donor support was run almost entirely through the political elite.

Not surprisingly, Cambodia succumbed to state capture and crony capitalism of the worst kind.

Unfortunately, there is a real chance Myanmar will go the same way, unless more thought is given to public participation.

In October, more than a dozen international human rights wrote an open letter to EU High Representative for Foreign Affairs Catherine Ashton complaining that the European Union was breaking its own commitments made under the Comprehensive Framework for Myanmar, which emphasised the need to engage civil society in the transition. The letter stated “while these commitments are all welcome, at present they are not being met”.

Myanmar is not even included among the group of Southeast Asian countries destined to benefit from the global and multimillion dollar “Making All People’s Voices Count” initiative being funded by DfID, USAID, SIDA and others.

To be sure, the likes of DfID and the Open Society Foundations are supporting civic attempts to monitor the extractive industries in Myanmar, and should be congratulated for doing so. But it is equally – if not more – important for donors to be improving the capacity of society to demand and ensure accountability across the public sphere.

If a citizen of Myanmar wants to learn and find out more about how public money is raised, allocated, spent, reported and audited; if he/she wishes to find out more about what kind of public money is being generated, where it is coming from, and how it is being used under this reformist government and under what authority — where does he/she start looking? If he/she wishes to start understanding and monitoring the budget process or departmental spending, what does he/she do?

Nobody knows – more than two and a half years into the reform process and given all donor activity and support to date. That’s a serious problem.

Alan Davis is the director of the Citizen Action Network for Accountability, a project partially funded by the European Union to promote good governance, help to fight corruption and make public officials accountable for their actions in the Philippines. He is also Asia director at IWPR in London.

This article was first published on Devex.

Myanmar
Accountability
Connect with us