Sudan: Beginning of End for Bashir?

Sudan: Beginning of End for Bashir? 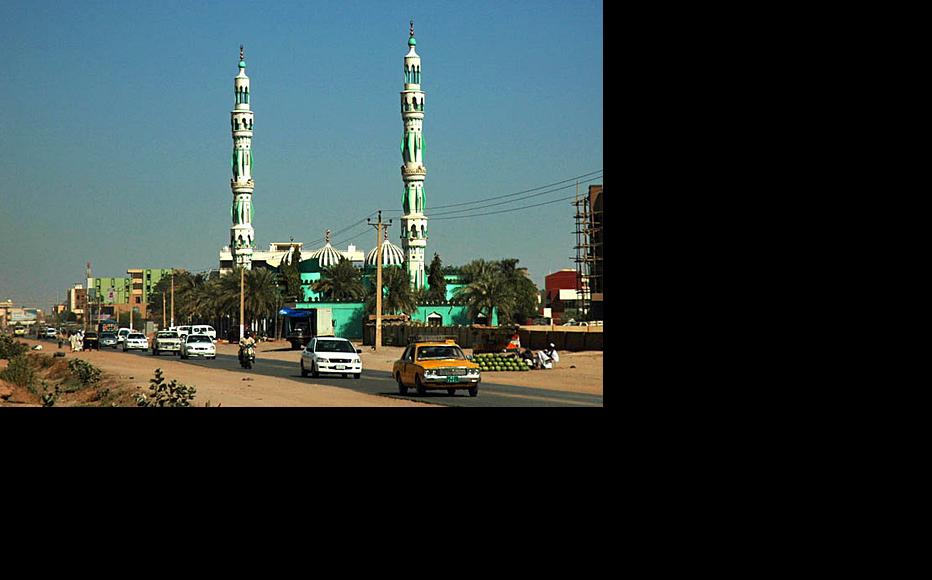 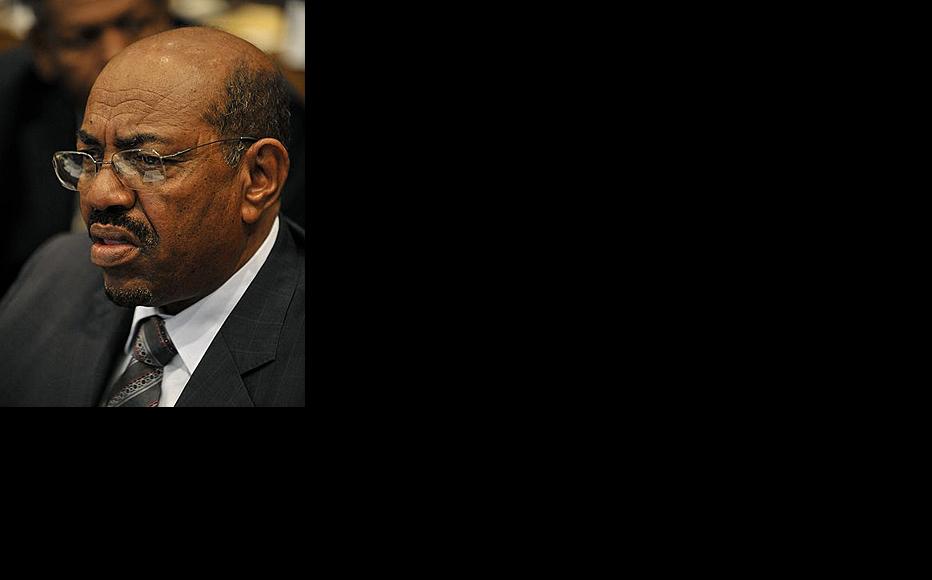 President Omar al-Bashir. (Photo: US Navy/Wiki Commons)
The link has been copied

Student-led demonstrations coupled with growing frustration among sections of Sudan’s broader population provide the strongest indications yet of a real push for regime change, analysts say. But opposition forces are still a long way short of being the kind of organised, unified movement that could topple a government.

Now in their sixth day, the student protests began in the capital Khartoum on June 17 in anticipation of austerity measures that President Omar al Bashir’s government plans to put in place next week. The cuts include raising taxes, lifting fuel subsidies and cutting the number of government ministers, all in order to reduce the huge budget deficit.

Even before the measures come into force, the price of basic items like sugar, fruit, and public transport fares, have risen by as much as 50 per cent this week as fears grow about their impact.

As hundreds of demonstrators took to the streets, the security agencies banned three newspapers from publishing and detained local and international journalists.

Students have led a number of demonstrations against the government in recent months, but these have been crushed by the security services and never built up enough momentum to threaten the government. (See for example Police Get Tough on Student Protests.)

But there are signs that this time, things may not die down that easily.

“This is different [from previous protests]. They have very specific slogans about livelihood issues and price rises, and they are talking about the need to topple the government,” Salih Osman, a human rights activist in Khartoum, said.

The austerity measures forced the governor of Khartoum State to dissolve his provincial administration on June 20.

On top of the street protests, Bashir is facing increasing opposition from within his National Congress Party, NCP, suggesting that his hold on power is slipping.

“[Bashir] is now totally isolated even within the senior people in his party, not only the normal members,” Hafiz Mohammed, director of the rights group Justice Africa Sudan, said. “This is going to widen as long as this problem continues. Because most of them [NCP members] believe if this problem continues, people will come out and kick them out of power.”

Aware of the downward spiral in support for the president among his inner circle, activists are increasingly comparing the demonstrations to those of the “Arab Spring” that swept the Middle East and North Africa in 2011. But the fact that there is no coherent opposition movement and that protests are still largely confined to the student population means there is not yet enough pressure to bring down the government.

“The collective opposition needs to be able to represent the whole of Sudan and needs to have a charter, a vision of what a post-Bashir Sudan would look like and what people’s place in it would be,” Dr Mukesh Kapila, who served as head of the United Nations mission in Khartoum in 2003-04, told IWPR .

“That kind of manifesto and vision is needed to bring credibility to the opposition and to be able to rally and mobilise people. The [current] opposition to Bashir is necessary but insufficient in terms of effectively opposing him.”

The Sudanese state has faced economic crisis ever since it lost 75 per cent of its oil revenue to South Sudan, which seceded in July 2011. The two countries have not reached agreement on revenue from oil deposits that now lie south of the border. Khartoum still has leverage over these reserves, as the crude can only be exported through a pipeline that goes north through Sudan. South Sudan halted oil extraction in January, accusing its northern neighbour of stealing oil from the pipeline.

Despite revenue shortfalls, it is thought that the NCP continues to channel as much as 70 per cent of government spending towards its military engagement in armed conflicts in the Nuba mountains, the western region of Darfur, and most recently on the contested border with South Sudan.

Up until now, Khartoum has managed to minimise the impact of this military expenditure on the Sudanese economy, and on the lives of people living in Khartoum and adjoining regions.

This week’s uprisings mark a moment of realisation among central Sudanese about the economic effects of waging war in their country’s borderlands.

“The genie is out of the bottle,” said Omer Ismail, senior policy analyst at the Enough project which monitors conflicts and human rights in the region. “The days of Bashir are numbered.”

Unless peace is established in Nuba and Darfur, and relations with South Sudan improve markedly, analysts see little prospect of economic recovery, so it could be only a matter of time before the government is forced out.

“Until we have a policy that stops the ongoing war, reduces the spending on security and improves the international relations of Sudan to allow inflow of capital in terms of investment, then we are not going to have a solution,” Mohammed said.

While cracks are starting to show within the regime, Ismail and Kapila agree that the ingredients for a successful uprising are not yet in evidence.

“They need a lot of people to stand up and say, ‘we are going to protect this revolution’. I very much doubt these people are there today. However, I think as time goes by, more people are going to step up to the plate,” Ismail said.

While people beyond the student population are reportedly beginning to join the demonstrations, it remains unclear whether the protesters can maintain their momentum or develop a solid leadership.

“There doesn’t appear to be an individual of status who is a natural coherent force,” Kapila said. “Could such a person arise through opposition processes? Possibly. Or through internal defection within the NCP? Possibly. It’s not clear.”

Sudan’s formal opposition parties do not have either the profile or broad support that would place them at the forefront of a successful revolution. Many people doubt that – even if they came to power – forces like the Umma, Democratic Unionist and Communist parties Party would seek radical reforms of the system.

“The real question is whether a change in the government will make the real change that we need,” Mohammed said, “because many of these traditional political parties want to change the government but not change the system.”

That could change, however, if the economic situation continues to deteriorate and more people take to the streets. At that point, opposition parties might realise they need to get behind the demonstrations.

“When they feel change is coming, they will reorganise themselves, because everyone wants to have a piece of this cake. And I am sure they will join,” Mohammed said.

Another scenario would be that factions of the NCP itself would help engineer a change, ditching Bashir and others indicted by the ICC in the process.

“Some elements of [the current regime] are going to be part of the coming change because they control the hinges of government and business and everything in Sudan,” Ismail said. “Definitely you cannot take them root and branch and throw them away.”

Better the indicted president you know….

Sudan-watchers say that while any protest movement has to be home-grown, the international community could play a role by exerting more pressure on the government.

For the moment, no obvious successor to Bashir is in sight, so leaders in many western capitals seem reluctant to look to a future beyond the current regime, whatever they think of it.

Kapila said the international community must support the process of regime change by at least talking about a post-Bashir Sudan and entertaining the idea of new leadership. This would send the current Sudanese leadership “a very powerful contemptuous signal, diplomatically and politically”, he said, adding that it would also serve as “a rallying call for opposition of all sorts, of civil society and others to be planning and thinking of what the new world is going to look like”.

With Bashir and his regime wanted in The Hague there are also compelling arguments for tightening the squeeze on Khartoum by terminating economic and diplomatic relations with Sudan.

“[The international community] should stop treating Sudan as if it is a normal country,” said Kapila. “Downgrading ambassadorial relations in an orchestrated way – say, all European Union countries withdrew ambassadors – would send a powerful signal that you cannot do business as usual with a genocidal regime.”

The Khartoum regime has survived popular uprisings before now, using brute force and divide-and-rule tactics to disperse opposition. But as it struggles to deal with the harsh economic consequences of engaging in serial military conflicts, and of falling out with South Sudan, the regime’s options appear to have narrowed, and it may not be in a position to swat its opponents so easily.

“This thing could die down, and maybe the security services will let people express their frustration and then go home at the end of the day,” Ismail said. “But tomorrow morning when they wake up, the prices of basic necessities will have doubled, salaries are shrinking and [public] services are getting worse. So I don’t think there is a chance for this to die down without a real shake-up of this regime.”