Child refugees from Ukraine are getting the chance to receive education in their native language. 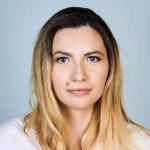 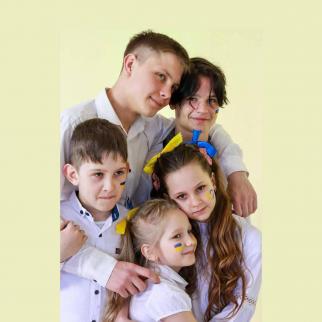 Eighteen-year-old looks after his four siblings after their mother was killed in a bombing.

Child refugees from Ukraine are getting the chance to receive education in their native language. 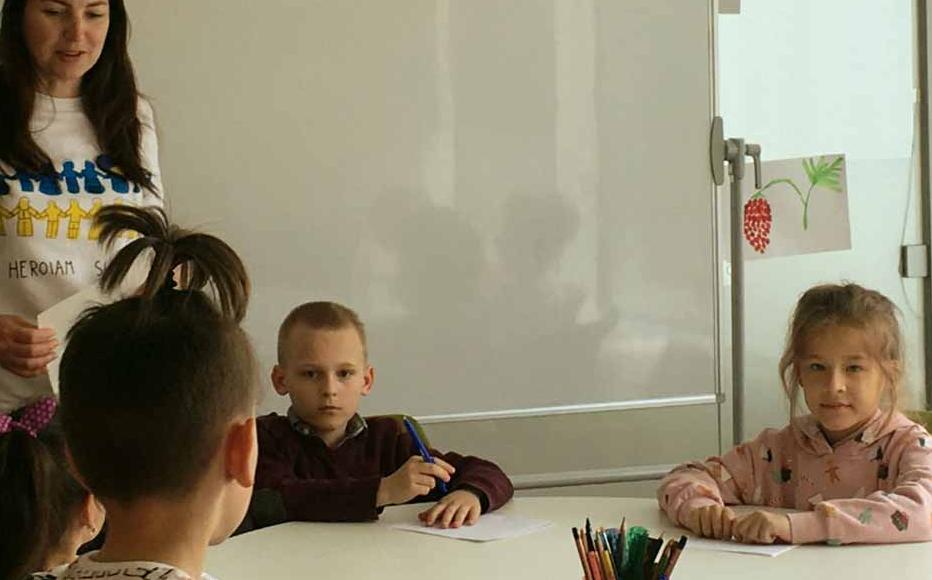 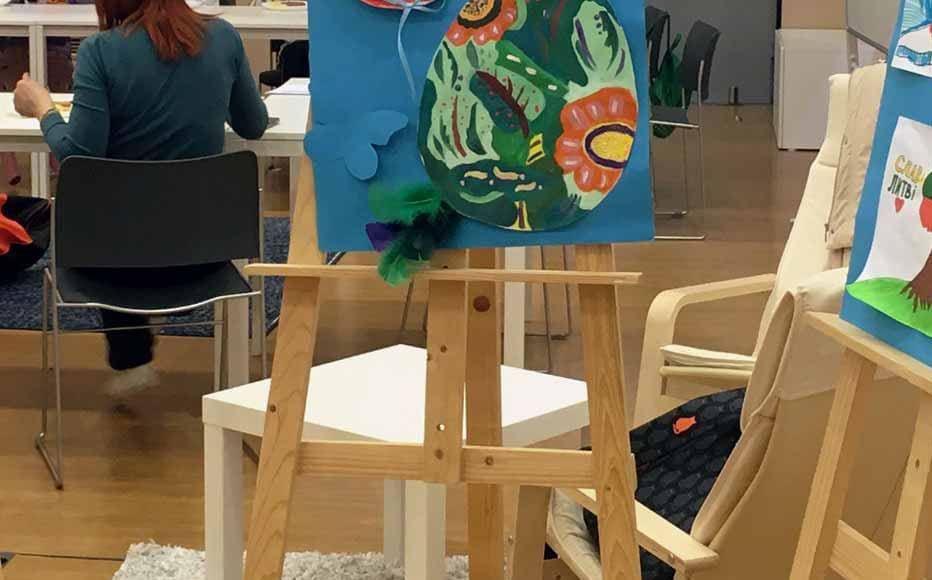 Caption
The link has been copied

When Russia launched its full-scale invasion of Ukraine in February, school prinicipal Andrius Pelegrimas sent a message out to his educational network in Kaunas, Lithuania, suggesting they band together to support the expected influx of refugees.

“We could help in three areas,” the 38-year-old head of the School of Heroes, an educational NGO founded in 2015, told them. “Hosting people, giving them jobs, and taking care of their kids. If you want to be a part, just message me.”

Barely a month later, the Glory to Heroes (a popular Ukrainian slogan) project opened its doors in a business centre in the Kaunas’ central Unity Square.

Following the Ukrainian syllabus, with all classes taught in Ukrainian, the school now has 170 students, with 25 teachers who are themselves refugees from Ukraine.

“Every day, more and more teachers and children come,” Pelegrimas said. “The youngest pupil is five years old, and the oldest student is 18 years. In addition, 400 students from nursery class to the age of 18 are now on the waiting list. We have teachers from all over Ukraine: Odesa, Zaporizhzhia, Luhansk, Kherson, Kyiv, Lviv, and other cities.”

Аbout 6,000 Ukrainian children have already arrived in Lithuania, according to the country’s minister of science, education and sports of Lithuania Jurgita Šiugždinienė, with 1,500 already registered in schools.

“Ukrainian children choose between schools where teaching is conducted in the language of national minorities or in the Lithuanian language,” she said.

Glory to Heroes is the only such institution in Kaunas, Lithuania’s second city, although four Ukrainian-language institutions have been set up in the capital Vilnius. The schools are paid for by public funds and private donations, with education free for all students.

Oleksandra Zaykova, 17, from Kharkiv, said that she had chosen the school because the thought of being able to study among fellow Ukrainians in a foreign country “warmed my soul”.

“Undoubtedly, the Lithuanians are wonderful people who helped us a lot, but in order to adapt to the new conditions, I needed to communicate with Ukrainians,” she continued. “I was surprised by the approach to children in this school. Not a single teacher forced me to do anything. On the contrary, they taught the material in such a way that I myself wanted to do homework and work in the classroom.”

Her favourite subjects were literature, psychology, journalism, and mathematics, Zaykova said, adding that she had been touched by the warmth of her fellow students and teachers.

“I really met ‘my’ people,” she continued. “I have never experienced such feelings.”

“It was hard for the kids to even talk.”

The school follows the Ukrainian state curriculum, with books ordered from Lviv.

“Lessons here are the same as we teach in Ukraine,” said teacher Natalia Pakhomenko, 44, who previously taught history in her home town of Mariupol.

She arrived in Kaunas in late March, and her daughter was now happily settled in the 12th grade of a Lithuanian gymnasium.

“She wants to become an English teacher or to study international relations,” Pakhomenko said, adding, “There are no problems with classmates because Anna speaks English with them. And the teachers speak Russian to her, give assignments and she completes it.”

Her classmates had also mostly fled Ukraine, now scattered in Estonia, Germany, and Belgium with some in the self-proclaimed Donetsk People’s Republic.

“They miss each other and monitor all the news concerning Mariupol,” Pakhomenko said, adding that she had resigned herself to the fact that there would be no return in the near future.

“The school where I worked was destroyed. In my opinion, nothing will be restored soon, because the city has been ruined. Some houses survived but all the infrastructure has been destroyed. There is no water in the school, no light, no windows… Weekdays in Mariupol are devoted to getting humanitarian aid, finding drinking water, standing in line, finding a connection somewhere, and getting information on the internet.”

Teachers agree that the priority is to support children going through the trauma of war and displacement. Children are encouraged to discuss their mental state and their goals every day during circle time, and the second grade’s teaching assistant, Yana, is a psychologist from Zaporizhzhia in south-eastern Ukraine.

“It was hard for the kids to even talk,” said class teacher Maryna Pankova, 40, from Kharkiv, adding, “These kids have been through a shock; they are still moving on from it all.”

Pankova said that they often played war games with each other, pretending to build battleships and staging battles.

“The psychologist told us, “Let them overcome stress in that way.” The games make us come closer to each other, we try to play as much as possible.”

The older children say that they are also benefiting from the nurturing, friendly environment.

Ivan Yevsieiev, a 17-year-old from Kharkiv, described it as “a dream school”.

“We are all one team and help each other."

“The philosophy of this school is about teacher-friend relationships. For me is really a second home and not a place where you go, as if to work, and teacher is an evil boss who demands from you what he himself does not know. This means that our assimilation of the material is much better than in other schools where you are given material and you must know it because you need to.”

“Glory to Heroes is an excellent educational institution,” agreed Dasha Suhonos, 15, from Dnipro. “This school surprised me with its great communication between students and teachers. Teachers not only teach the subject perfectly, but also they are friends who will always help you.”

Suhonos explained that she had steadfastly refused to join a Lithuanian school when she first arrived in Kaunas.

“I was afraid of the unknown, but when I heard about the Ukrainian school, I immediately wanted to go there,” she said. Now she was particularly enjoying subjects she had not studied back in Ukraine, such as dance, rhetoric and journalism

“These lessons are great for developing public speaking… and being a leader. I’m looking forward to the next school year,” she concluded.

The school’s teachers say that they have also found the experience therapeutic. Pankova, was an infant school teacher back in her hometown of Kharkiv where she described enduring two weeks of “fear, confusion, pain” under heavy Russian bombardment before she decided to leave.

After three attempts in which she was forced to turn back because evacuation buses were fired on, she reached Lviv and was taken by bus to the Lithuanian capital Vilnius and onwards to Kaunas.

Having heard about the Ukrainian school, Pankova offered her services and spent her first week caring for a newly-arrived child refugee.

“It was Mark from Dnipro. A little six-year-old boy was constantly crying and could not leave his mother. He was sitting in the corridor all the time and I sat next to him. This is how my week passed.”

The school had become a source of support to both teachers and students, Pankova said.

“We are all one team and help each other,” she continued, adding, “I go to work with such pleasure and inspiration because they are waiting for me and I know I am doing something good.”