Strange Bedfellows Ahead of Kyrgyz Election

Former rivals join in anticipation of stiff competition in 2015 polls.

Strange Bedfellows Ahead of Kyrgyz Election

Former rivals join in anticipation of stiff competition in 2015 polls. 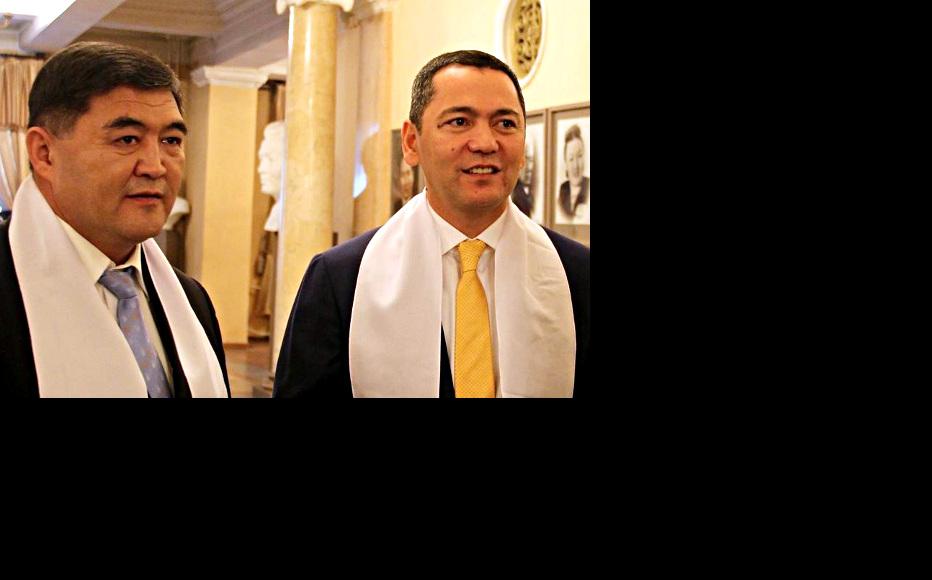 Mergers  between former political rivals ahead of the autumn 2015 parliamentary ballot in Kyrgyzstan reflect the more competitive environment that smaller parties will face, especially if changes to electoral law go through.

Last month, the Ata Jurt party, whose main constituency is in southern Kyrgyzstan, merged with Respublika, led by Omurbek Babanov, a businessman from the north. Babanov and Ata Jurt leader Kamchybek Tashiev announced the move on October 20.

The marriage is a surprising one, and shows how diverse political parties are being forced into alliances that will give them a better chance of victory.

The two parties did well in the autumn 2010 parliamentary election despite both being relative newcomers. That election followed a popular revolt that removed President Kurmanbek Bakiev, and a short but extremely bloody outbreak of ethnic violence between Kyrgyz and Uzbeks in the summer. Ata Jurt’s success at the polls reflected a wave of Kyrgyz nationalism, especially in the south where the bloodshed took place.

As part of the deal, Babanov became prime minister, an arrangement that lasted until September 2012, when he was forced to resign. Support for his party – mainly from the business elite – dwindled as his star waned.

Worse was to come for Ata Jurt – Tashiev and two party colleagues were arrested and accused of trying to stage a coup after unrest outside parliament in October 2012. They were acquitted and released in June 2013.

The Respublika-Ata Jurt grouping appears to be born of pure pragmatism. Babanov’s group is likely to be bankrolling the venture while Ata Jurt brings to the table both political heavyweights from southern Kyrgyzstan and a large rural constituency.

Still, the mix is not an assured recipe for success. Ata Jurt’s nationalism could deter cautious businessmen, while its own supporters might be put off by Respublika’s association with the wealthy elite.

Next year’s parliamentary election could be run along different lines to the last one. Proposed changes to electoral legislation are designed to filter out the myriad smaller parties – more than 20 parties fielded candidates in the 2010 ballot.

Ata Meken leader Omurbek Tekebaev has asked parliament to raise the threshold for getting into parliament from five to seven per cent of the nationwide vote. Only the Social Democrats and Ata Meken can be wholly confident of making it over such a high barrier.

Tekebaev is also calling for a change to “party lists”, from which candidates’ names are ticked off for parliamentary seats according to how their parties fared in the proportional representation system. He wants them to present regional lists as well as a national one – a disadvantage for the likes of Ata Jurt, strongly identified with only one part of Kyrgyzstan.

Tekebaev’s proposed amendments have successfully passed a first reading in parliament, although not without debate. Some critics pointed out that there was no provision for specific social groups like the disabled as opposed to regional interests.

Whatever changes are passed, the Social Democrats will not have an easy ride. As the leading force in the governing coalition, they will be held to accountable for the continuing disastrous state of the economy. Electricity and imported natural gas remain in short supply, and food, petrol and coal are rising. Foreign assistance is also drying up.

Another challenge to the governing coalition, largely consisting of northerners, is the resurgence of the southern political elite. New political forces include Uluttar Birimdigi, the party founded by the former mayor of Osh, Melis Myrzakmatov; and Onuguu- Progress led by Bakyt Torobaev. The parties forged an alliance last December.

There have also been rumours that Myrzakmatov might switch allegiance and team up with Ata Meken, although this is based only on the fact that he met Tekebaev, and nothing more has been confirmed.

All this alliance-building shows how Kyrgyz parties see the need to talk to one another and enter into marriages of convenience, even when their different agendas and constituencies would seem to make that impossible, as in the case of Ata Jurt and Respublika.

Kyrgyzstan
Elections, Opposition
Connect with us