Stalin's Man Mikoyan to Get Statue in Yerevan

Critics of proposed monument recall Stalinist purges of the 1930s.

Stalin's Man Mikoyan to Get Statue in Yerevan

Critics of proposed monument recall Stalinist purges of the 1930s. 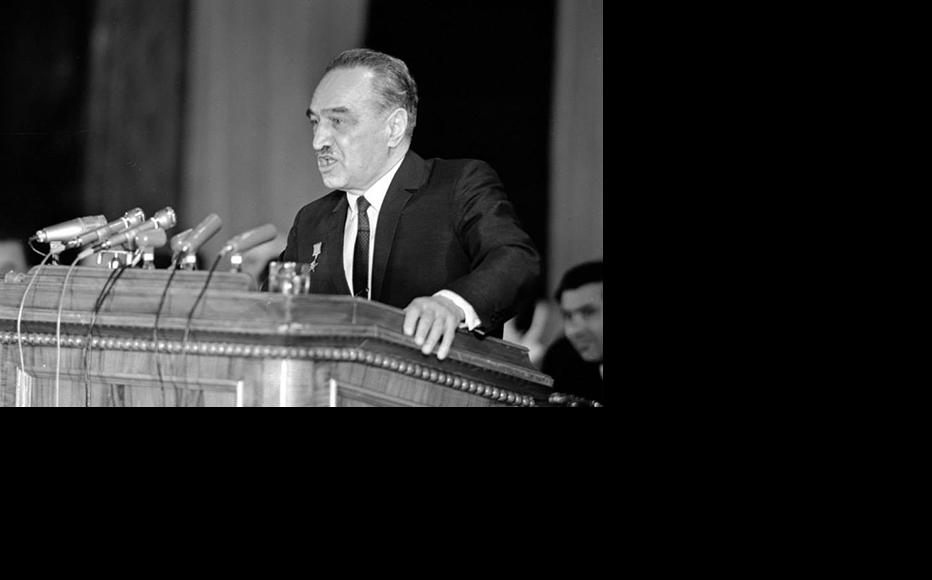 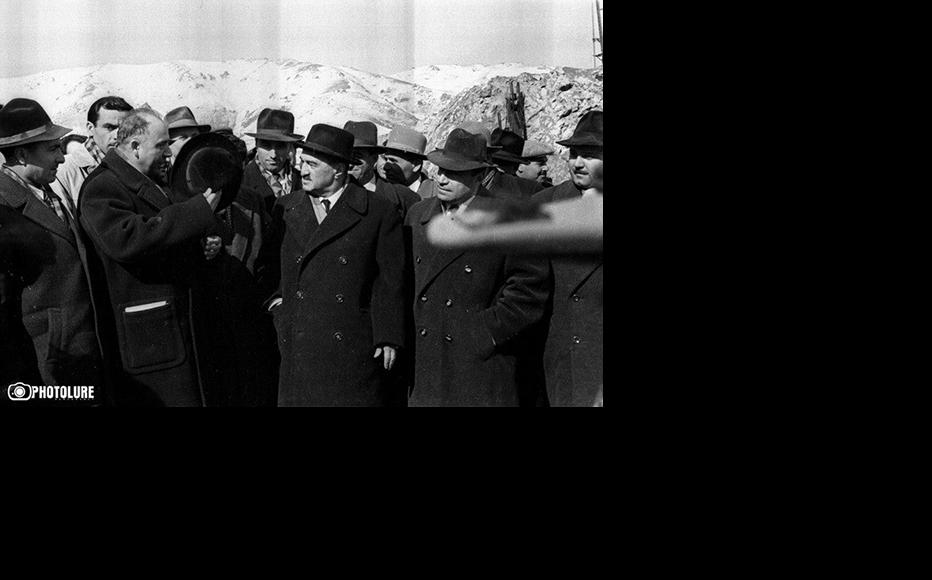 Anastas Mikoyan on a visit to Soviet Armenia. (Photo: Photolure agency)
The link has been copied

Anastas Mikoyan may have been Armenia’s most famous Soviet-era politician, but plans to put up a statue to him in central Yerevan have taken many people aback.

As a loyal servant to Joseph Stalin, Mikoyan is seen as complicit in the deaths of many of his own countrymen.

Yerevan city council approved plans for the statue on April 30, saying that Mikoyan should be honoured for his contribution to the history of Armenia.

Fans of Mikoyan point to his political longevity. He served under every Soviet leader from Vladimir Lenin to Leonid Brezhnev, and acted as envoy to the United States during the toughest years of the Cold War.

“The descendants and relatives of Mikoyan asked the city to accede to their wish to erect a monument to him in Yerevan, which is what we’ve done,” said Naira Nahapetyan, a city councillor from President Serzh Sargsyan’s Republican Party. “We also took into account Mikoyan’s major contribution to developing industry in the country, and towards resolving the [Cuban missile] crisis.

“We should leave debatable details in his biography to the historians.”

Others, however, say Mikoyan’s record under Stalin is more than a matter of detail. In 1937, Stalin dispatched him to Yerevan to purge the local Communist Party.

He said Russian archives contained a telegram which Mikoyan sent to Stalin’s secret police chief Nikolai Yezhov saying that 500 arrests in Armenia were not enough, and asking for another 700 names to be added to the list. Yezhov then wrote to Stalin suggesting an extra 1,500.

“I’m personally opposed to this statue, as I think that the people who went through 1937 should be left in peace,” Virabyan said. “Let a future generation decide whether there should be a monument or not.”

Other critics of the planned statue warn that honouring a hard-line authoritarian politician may reflect a worrying trend in modern Armenian politics. Last year, the government reversed plans to sign an association agreement with the European Union and committed itself instead to the Moscow-led Customs Union bloc.

“Given the kind of policies that Armenia is currently pursuing, it’s logical to erect a monument to this kind of man,” said Armen Martirosyan, an opposition politician on Yerevan city council. “It forms part of the ideology and policy being followed here, and it is testimony to the Armenian government’s abandonment of our sovereignty.”

Husik Ara, a writer and columnist, agreed that the symbolism was significant.

“One has to ask why the idea of erecting a statue of such a man has come up at the precise moment when Armenia intends to join the Customs Union,” he said. “Why erect a monument to a man who in Moscow was a symbol of brute force?”

Ara said the authorities should conduct a poll of Yerevan’s residents before imposing the monument on them.

At a May 8 meeting of the city council’s culture, education and social affairs committee, council chair Tamara Poghosyan said the decision could not be reversed as it had been passed by members, but hinted that it might not be acted on.

“In the plan which the municipality proposed to the city council, there wasn’t a single word about the repressions,” Poghosyan, a member of the Prosperous Armenia party. “As members of the city council, we approved the erection of a monument, but this doesn’t mean it will be put up tomorrow. The government will decide that.”

Hrach Poghosyan, an architect and a former city councillor, warned that if the statue was put up, it might not last long.

“Don’t forget the fate of statues of Lenin and Stalin. We’ve had bitter experience of these statues,” he said. “Statues of people like that have been taken down as public opinion and circumstances change.”