Mayor of Osh splashes out on reconstruction, but some say he favours his own ethnic community.

Mayor of Osh splashes out on reconstruction, but some say he favours his own ethnic community. 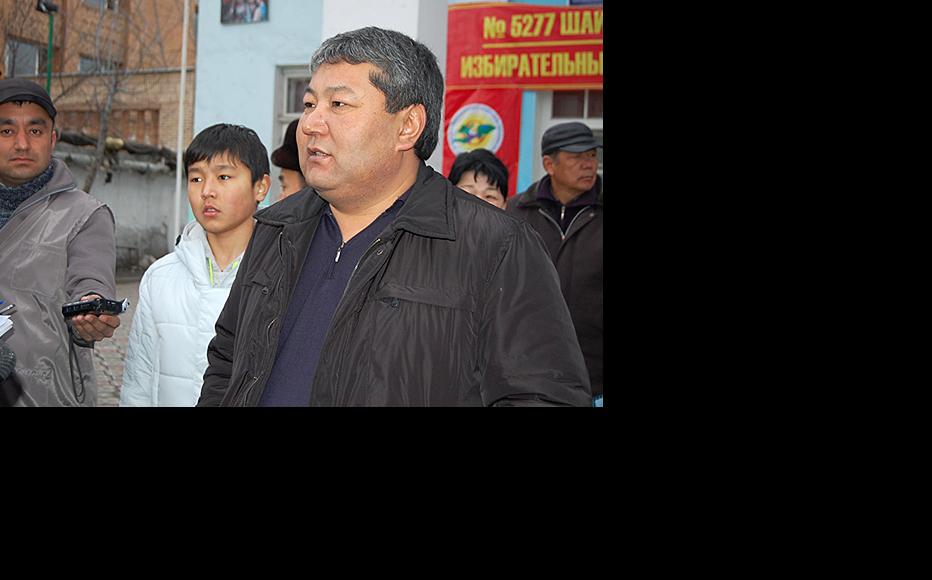 Conversations with residents of Osh, the biggest city in southern Kyrgyzstan, reveal the almost mythic status accorded to their mayor, Melis Myrzakmatov.

Myrzakmatov has been mayor of Osh since 2009, surviving both the April 2010 ousting of President Kurmanbek Bakiev – the man who appointed him – and the bloodshed between ethnic Kyrgyz and Uzbeks in June that year that left more than 400 people dead in the south.

Market trader Mahabat Aytieva is among the mayor’s fans, saying he was praised for organising assistance in times of trouble, such as during the 2010 ethnic conflict, and also after the earthquakes that occur frequently in this mountainous region.

“He helped people rebuild their houses and regain their lands. It is all ordinary people who support him,” she said.

Taxi driver Kamchybek Tynaliev recounted a commonly-heard rumour that Myrzakmatov goes out at night to personally check up on the progress of construction projects.

Another Osh resident, Asel Abdraimova, recalled the demonstrations that took place in the city when central government tried to unseat Myrzakmatov.

“The first time that people in Osh organised a protest in support of the mayor in 2010, some people just walked round the market, asking people to come to the main square and support the mayor,” Abdraimova said, adding that in response, traders closed their stalls and joined the protest.

The inability of the central authorities to improve living standards has further boosted Myrzakmatov’s reputation as a good administrator who achieves where the Bishkek government fails. Although many reconstruction projects are funded by international donors, the mayor’s office has been closely involved in making them happen, and has been able to claim the credit.

According to Suyunbek Syrdybaev, a Bishkek-based expert in governance and management, Myrzakmatov is a skilled politician who has consistently maintained popular support by showing what local government can do when it uses its resources wisely.

“Unlike other politicians, he doesn’t set out large-scale and long-term goals; he talks about concrete projects like building a main road in Osh or putting up street lights, and he delivers on them,” Syrdybaev said. “Central government in Kyrgyzstan is very disoriented – it’s like a driver… who says he’s turning right, but turns left, while everyone can see the car is going backwards. When it comes to his territory and resources, Myrzakmatov has very clearly identified which direction he’s heading in, and that’s why people have such a high opinion of his governance.”

But while Myrzakmatov is idolised by many for his handling of reconstruction efforts, others say he has focused resources on his core constituency, ethnic Kyrgyz, at the expense of Osh’s substantially Uzbek community.

International organisations were critical of his role in the 2010 violence, in which most of those killed were Uzbek. Insofar as the government ever established the truth of what happened, Myrzakmatov was not implicated in instigating the bloodshed, although the international inquiry which it commissioned found that his Kyrgyz nationalist rhetoric certainly did not help matters. The United Nations later reported that security forces under his control were arbitrarily and disproportionately detaining Uzbeks.

Part of the post-2010 reconstruction work involved building high-rise apartment blocks and forcing Uzbeks to move in alongside Kyrgyz families, causing some tensions. The policy was seen as a way of diluting the city’s solidly Uzbek neighbourhoods consisting of low-rise housing.

Another landmark project was designed to shift Osh’s central market, run mostly by Uzbeks, out to a western area of the city, on the grounds that the original site had suffered severe damage in the 2010. Local opposition prevented this idea coming to fruition, but the Osh bazaar lost business and shrank in size.

Many Uzbeks view the mayor and his Uluttar Birimdigi party, which dominates the city council, with suspicion, although few are prepared to say so in public.

“The Uzbeks living in Osh are unable to express negative views about him openly,” said Sanjar, a local Uzbek. “This is because of his authoritarian-style of rule. In the eyes of most Uzbeks, his reputation is that of a nationalist.”

Sanjar pointed out that when Osh celebrated the traditional new year this March, there was everything from Russian to Italian performances on the bill, but “not one single item relating to Uzbeks”. This sort of thing, he said, “has eroded local people’s confidence in the mayor”.

At the same time, Sanjar gave the mayor credit for his programme of construction works, and said he did not believe it was configured to discriminate against Uzbeks.

Emil Juraev, a political analyst with the American University of Central Asia, located in Bishkek, said Myrzakmatov had tried to foster an image of inclusivity and ethnic harmony. Despite allegations that he was biased against Uzbeks, Juraev said that “Myrzakmatov is generally popular, and many say he’s a guarantor of stability and security in Osh.... What’s undeniable, though, is that he isn’t a soft politician.”

Juraev said the mayor had been able to impose order in Osh in 2010 thanks to his support among the police, in contrast to the chaotic situation that reigned in much of the rest of the country at the time as the interim government that succeeded the Bakiev administration struggled to impose its will.

Myrzakmatov has been accused of curtailing media freedom in his city, for example calling on local journalists to write only positive reports about Osh.

As the international NGO worker pointed out, there are still a number of taboo topics.

“Many things about the imbalance of power, injustices in the police and court system, discrimination against minorities are no secret, but are often ignored by mainstream media in Osh,” she said. “Any such reports are seen as escalating conflict, since they don’t fit the narrative of successful urban rehabilitation led by the mayor.”