Society divided over how seriously to take the threat of infection.

Society divided over how seriously to take the threat of infection. 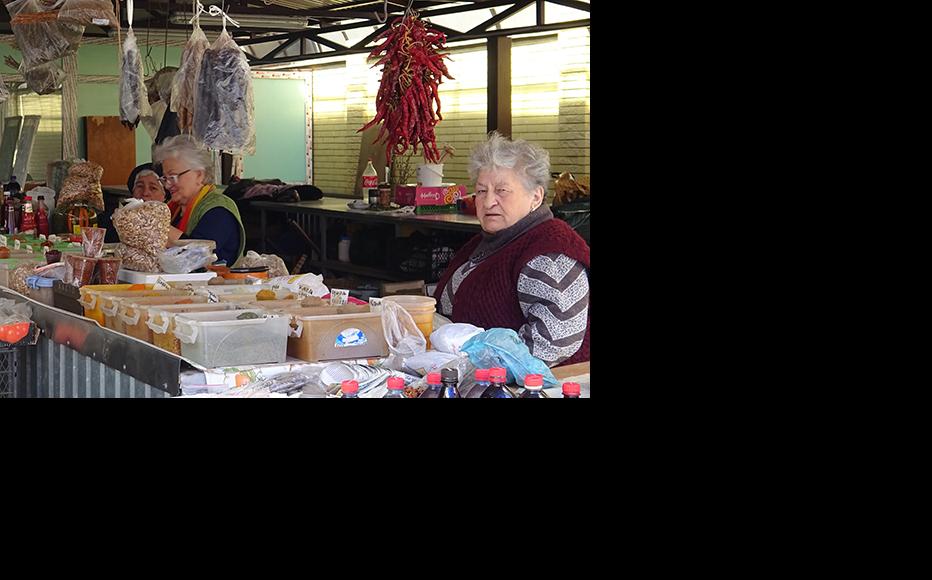 An open-air market in Tskhinvali. (Photo: Irina Yanovskaya)
The link has been copied

Hopes in South Ossetia that its isolation would save it from the coronavirus pandemic have proved unfounded, with 36 cases identified since the first infection was recorded on May 8.

Amid rising numbers of infections, on May 22 the local authorities decided to extend the closure of the border between South Ossetia and Russia until June 30, although this measure does not apply to returning citizens. Checkpoints with Georgia also remain completely closed.

Most cases have involved cadets returning from military schools in Russia, along with several medical workers.

Russia is one of very few countries in the world that recognizes South Ossetia – which claimed independence from Georgia after a 1990s conflict - as an independent state. Georgia, supported by most of the international community, has continued to claim sovereignty over the territory.

At the start of the outbreak, according to local resident Dzerassa, society was divided over how seriously to take the disease. She said this had been particularly noticeable on Facebook, the mostly used social network in South Ossetia, where some posters had argued the entire virus was a conspiracy.

It had also become apparent in real life, she continued, adding, “During the quarantine, our streets did not become deserted. Recently, when I was taking my take-away order in one local café, when a young man standing before me tried to convince a girl taking orders that there was no virus and they could let the people in. This means that people do not fully realize what is going on. I, myself, go everywhere I need.”

However, consumer rights officials did introduce a series of regulations for retail businesses in mid-April. Workers had to wear masks and use hand sanitizer, while premises needed to be regularly cleaned with disinfectant and anyone displaying Covid-19 symptoms sent home immediately.

This has had an inevitable effect on the economy. Albert Valiev, a restaurant owner, said that the lockdown had hit him hard.

“As a representative of the restaurant business, I, of course, suffered. As always, in our category, the situation is very painful when you stop working and are left with a bunch of obligations for salaries, credits, utilities and more,” he said.

With restrictions now easing - on May 25 cafes and restaurants were allowed to open, along with sports facilities, libraries, hotels and public transport – Valiev hopes life will gradually return to normal.

“It’s too early to talk about getting to the positions we were a year ago, but I hope that the overall situation will improve,” he continued. “We don’t yet know what assistance from the state will follow, I think the approach will be correct and it will be adequate; the authorities understand the whole state of things.”

There are still some concerns that the situation could still spin out of control, given the republic’s poor resources. Igor Kudziev, a rehabilitative therapist, explained that the lack of proper equipment made South Ossetia particularly vulnerable.

“We are several times inferior to North Ossetia, we do not have enough PPE [personal protective equipment], the only CT scan is under repair, so God forbid that the coronavirus does get out of control,” he said. “I hope we can keep the situation under control and everything will turn out to be just a little scare.”

But Zalina Gabayeva, from the Green Alania environmental movement, said that awareness of the risks from the virus had grown and that people were now taking more precautions, even as lockdown was eased.

“People have certainly become more careful,” she said. “Many stay home. Those whom I see on the streets keep distance. Many wear masks.”

Gabayeva added, “I am sure that it will end soon. It might sound strange, but our seclusion turned out to be our advantage. The longer we’re like this, the better it is. It is a paradox that isolation which once negatively affected our image and politics can save our lives now. Those who previously advocated for free movement are happy as well.”

Coronavirus Pandemic, Giving Voice, Driving Change - from the Borderland to the Steppes
South Ossetia
Coronavirus
Connect with us