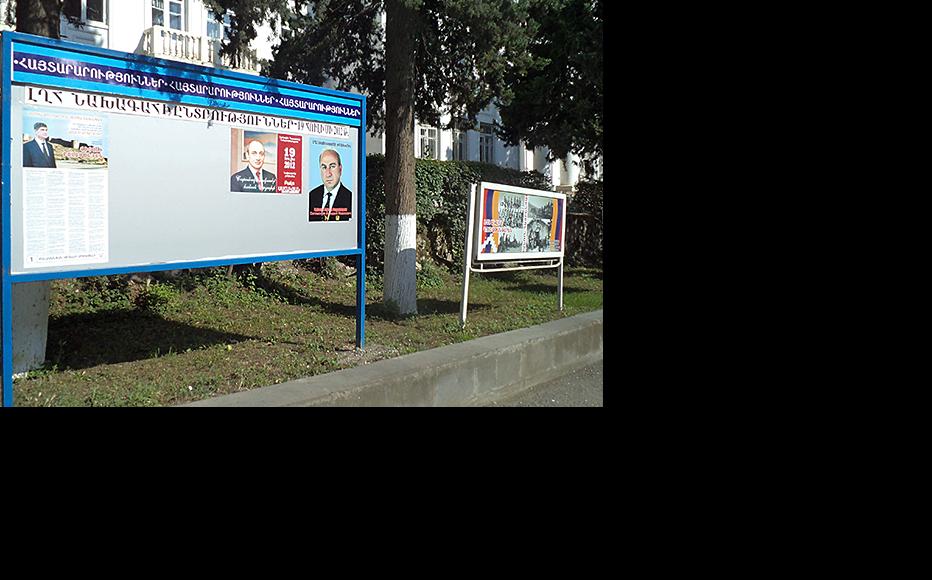 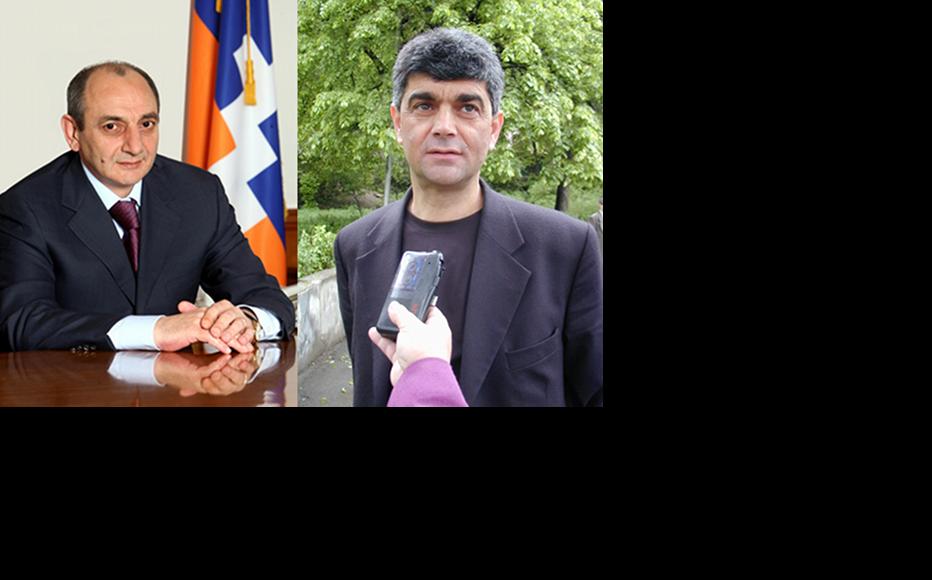 This week’s presidential election in Nagorny Karabakh looks like being the closest-run contest in years, and all the signs are that voters will be swayed by pledges to fix the local economy and improve welfare provision.

The July 19 ballot has provoked unusual amounts of electioneering and debate, with social networking media coming to the fore as a platform for candidates to seek votes.

Nagorny Karabakh has been run by an Armenian administration since 1994, when the war with Azerbaijan came to a close. With no peace deal or agreement in its future in place, Karabakh’s claim to independence remains unrecognised, even by neighbour and ally Armenia, as Azerbaijan continues to assert its sovereignty.

Karabakh’s status is a unifying factor for its Armenian residents, and there is little internal disagreement on the subject.

In this election, candidates have insisted they will seek international recognition and promised the electorate general prosperity and a much improved health service.

As in previous polls, voters have been questioning candidates on the frozen conflict, but it is clear they also want to hear what a new president will do to address their welfare and economic problems. Many have used the public meetings to complain about low wages and pensions, and the difficulty of obtaining and repaying a bank loan.

“The standard of living hasn’t improved in the last five years,” Armine Hayrapetyan, a voter from Stepanakert, said. “Although there are various kinds of loans on offered, they’ve become a sort of burden and many people now have outstanding debts to the banks. The authorities say these loans are designed for younger people, but only a few young families can currently afford them. The interest rate is too high and [mortgage] deposits are large, so that many families are forced to rent their apartments.”

The incumbent president, Bako Sahakyan, has had to field some hard questions at public meetings.

“I am a disabled mother with many children, and one of them is disabled, too. Although I am incapacitated, I still sweep the streets just to earn a little money and support my kids,” said Karine, who attended a meeting with Sahakyan in the town of Shusha. “Can we survive on my [monthly] income of 30,000 drams [73 US dollars]? Please answer me that.”

In the last presidential election held in 2007, public support for Sahakyan’s leading challenger Masis Mayilyan was muted, but this time round many voters are open about backing parliamentarian Vitaly Balasanyan, seen as the main challenger. (See Two Main Candidates Square up for Karabakh Election.)

After Valery Khachatryan withdrew from the race on July 10, there is only one other candidate, agricultural specialist Arkady Soghomonyan.

Balasanyan has pioneered the use of Facebook campaigning, constantly updating his page and responding to questions posted there.

In answer to one question about what he would do to improve social conditions, he promised “an unrelenting struggle against the unlawful interference in the economy by state officials, the accretion of power and business, protectionism and embezzlement”.

He has promised to raise the minimum pension and disabled benefits, and to peg child benefits to inflation.

Sahakyan has tried to catch up by opening his own Facebook. He too has a Q & A section, but so far the questions posted there have gone unanswered.

He has, however, secured the backing of all three parliamentary parties - Free Homeland, the Democratic Party of Artsakh and Dashnaktsutyun – as well as of the Communists, who hold no seats.

Balasanyan is backed by a number of politicians who have contested a series of local and national elections, including Mayilyan, a former foreign minister.

Internet access has improved and become cheaper in the last year, but for many Karabakh voters, election news is still accessible only on the sole TV channel and a number of radio stations. The candidates have been allotted a 30 minutes’ free airtime on TV and radio, and can buy more.

One of the questions posed to Sahakyan come from a young man from a village in Hadrut region.

“Mr. President, we are completely isolated from the rest of the world. Please provide us with internet,” he said.