Coalition government struggles to prove it is depoliticising appointments.

Coalition government struggles to prove it is depoliticising appointments. 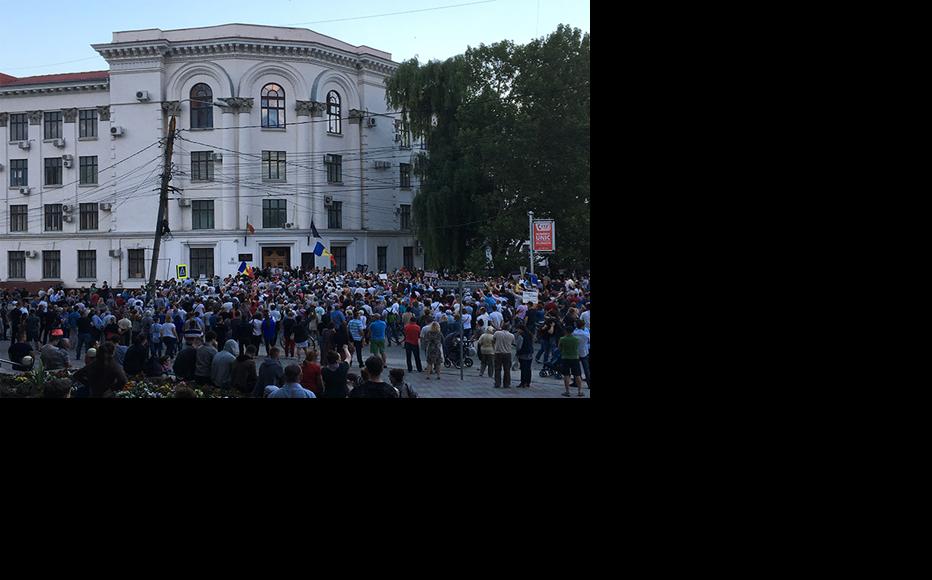 June 2018, Chisinau, Moldova, demonstrators protest the unfair annulment of the results of the mayoral elections in front of the Supreme Court of Justice. (Photo: IWPR Moldova)
The link has been copied

Attempts to institute far-reaching reforms to the troubled Moldovan justice system are stumbling, according to analysts, with accusations that some new appointees are political biased.

Moldova has been at the centre of numerous corruption scandals, not least the 2014 disappearance of a million US dollars from the banking system and the cancellation of last year’s Chisinau mayoral election results after an opposition leader won the position. As a result, in 2018 the EU froze financial assistance worth 100 million euros.

Earlier this year, opinion polls showed that one in four citizens considered corruption and to be the state's biggest problem.

Key to the coalition’s promised reforms when it was formed in June 2019 were the appointment of a new prosecutor general, head of the National Anticorruption Center (NAC) and president of the Supreme Court of Justice.

With no legal way to remove the heads of these institutions, Prime Minister Maia Sandu led calls from parliament for the judicial system to reform itself from within.

In response, the Superior Council of Magistracy (SCM), the judicial self-regulatory body, removed the presidents of the main courts. However, soon after, the decision was overturned by court decision.

“The suspension by the SCM of the key persons of justice was a surprise,” said Vlad Gribincea, the president of Moldova’s Legal Resources Centre. “The cancellation of this suspension did not surprise us, because this measure was not covered by law. The actions of the SCM lately betray the confusion and despair of its members, rather than the vision of resetting justice.”

Prosecutor general Eduard Harunjen initially refused to leave his post, arguing that his office was politically independent. He resigned only after parliament found that his appointment had violated several legal provisions.

Current law makes it impossible to choose an outsider as prosecutor general as the appointment is governed by self-regulatory body the Superior Council of Prosecutors (SCP), which is still controlled by the Democratic Party.

President Igor Dodon said that since parliament had failed to agree on the necessary legal changes, further amendments would likely be introduced in the autumn.

Analysts warn that this lack of progress did not bode well.

“This political coalition is making the same mistakes as the old regime by dividing institutions between them which shouldn't be divided by political interests: the prosecutor's office, the anti-corruption agency and the judiciary,” argued Cristina Țărnă, a Moldovan lawyer and anti-corruption expert.

“It seems like a habit of Moldovan politicians; the habit of keeping improvements away from these key areas. Because no matter how good or bad politicians are – any political control over anti-corruption and justice will stall the much-wanted development of Moldova.”

Concerns were also raised by the election of the secretary-general of the Socialist president's office, Ruslan Flocea, as the new NAC director. Socialist deputies gave him the maximum score while awarding very low points to the other candidates in order to eliminate them from the competition.

Another test was the election of new judges for the Constitutional Court (CC), which resigned en masse after the Venice Commission found that the institution had acted in the Plahotniuc’s political interests.

Thirteen leading Moldovan NGOs signed a joint statement declaring their deep concern that the new appointments were also being made in a non-transparent way.

“Such an appointment, based on political criteria, further undermines public confidence in the Independence of the High Court,” the statement said.

Some lawmakers said that more time would be needed to make real changes in such badly damaged institutions.

“The situation in the justice system was catastrophic,” said Sergiu Litvinenco, a member of the ACUM bloc who heads the legal committee for appointments and immunities for parliamentary positions. “We have taken certain actions, but it is necessary to make major changes and not just cosmetic changes… Soon we will come up with a concept of justice reform that will allow a systemic approach to reform this area.”

Socialist party lawmaker Ion Ceban refuted accusations that his grouping had tried to take control of the justice system.

“The election of the NAC president and the president of the Constitutional Court are democratic processes,” he continued. “The election of the new CC president was also welcomed by the Venice Commission. There may be some things that are less politically pleasing, but we need to move quickly to implement system changes. The system has resistance. We are sure that pressure is being exerted by the former power so that things do not change in the judiciary.”

Minister of justice Olesea Stamate argued that reform would take time and said that current intervention would focus on where needs were “most acute”.

“Today the priority is to clean up the prosecution,” she said. “Unfortunately, things are moving with great difficulty and we have to intervene with legislative reforms. It took time until we reached a compromise with the parliamentary majority. There are also public consultations, after which we will approve the reforms and move to more cardinal actions.”

But she acknowledged that party politics was coming into play, adding, “The most recent appointments send signals that there are cracks in the parliamentary majority and that some have interests in putting certain institutions under political control.”

Giving Voice, Driving Change - from the Borderland to the Steppes
Moldova
Accountability, Corruption, Law reform
Connect with us