In a country plagued by violence, legalising firearms ownership looks like a step in the wrong direction.

In a country plagued by violence, legalising firearms ownership looks like a step in the wrong direction. 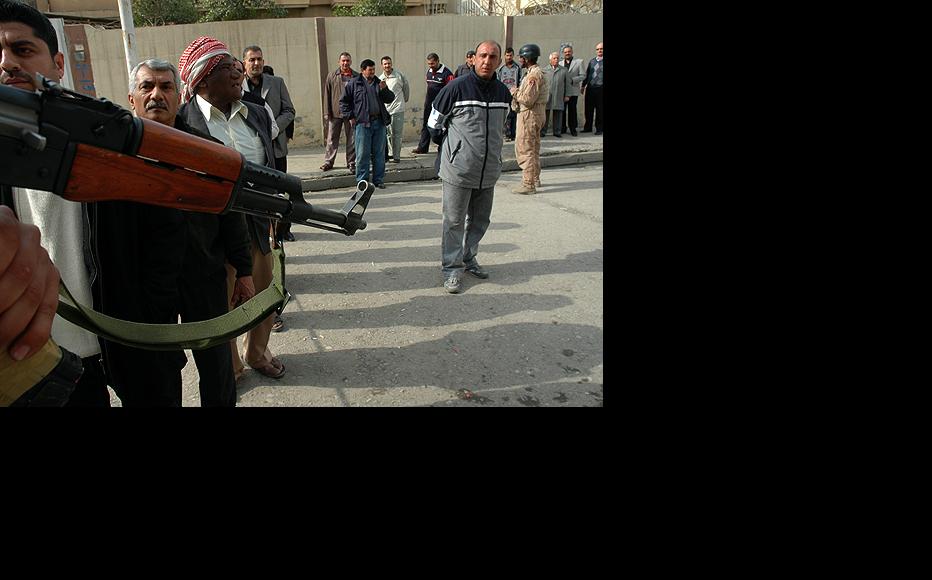 Preparing to fire into the air during a funeral in Mosul, northern Iraq. (Photo: Ahmed Younis) 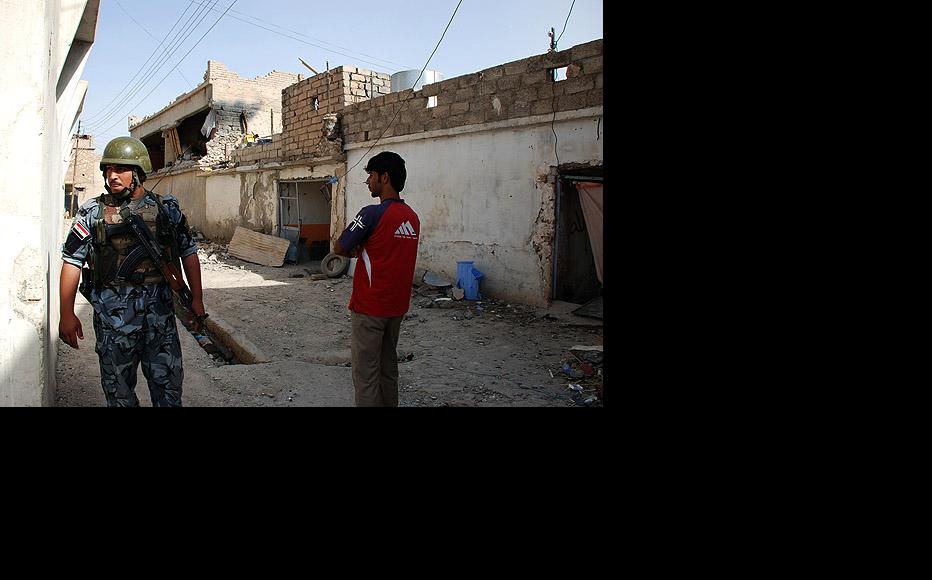 An Iraqi policeman during a raid searching for weapons and suspects in Mosul. (Photo: Ahmed Younis)
The link has been copied

An Iraqi government decision allowing people to keep firearms at home has created an uproar, with many politicians and commentators saying it sends out the wrong signal at a time when the country is far from stable.

Officials say that on the contrary, registration will allow them to count and curb the large amounts of weapons already in private hands.

Government spokesman Ali al-Dabbagh announced on May 6 that under a plan approved by the security agencies, "possession of one rifle or pistol per home” would now be permitted by law.

"Each owner should register his household’s firearm at the nearest police station," the statement, published on Dabbagh’s official website, said.

No reason was given for the change.

The decision sparked an outcry among various political groupings in Iraq. The upsurge in bloodshed since the last American troops left Iraq in December 2011 meant this was hardly the moment to be encouraging gun ownership, they said.

Shwan Mohammed, a Kurdish representative who sits on the Iraqi parliament’s defence and security committee, told IWPR that the decision would “reignite civil war and bring about a deterioration in security, as happened in 2006 and 2007" – a reference to the internecine warfare between Shia and Sunni Arabs which resulted in tens of thousands of deaths.

"Civilians who are in possession of arms will easily be driven to fight if they see their leaders disagreeing in public. Iraq has not yet stabilised yet – we are seeing breaches of security on a daily basis," he said.

Although the violence nationwide has abated since it peaked in 2006-07, there are still bombings in various parts of the country on a daily basis.

Hamid al-Mutlaq, a Sunni Arab legislator on the same defence and security committee said that allowing people to own arms was fine in principle, but the "timing is still inappropriate".

"It’s a good idea, as we are a tribal community,” he said, noting the Iraqi tradition of firing into the air to mark certain occasions. "But security is not yet assured, so for the moment this decision could prove dangerous".

The move has also been criticised by Shia politicians close to Prime Minister Nuri al-Maliki.

Sherwan al-Waeili, a former national security minister and now a legislator from Maliki’s State of Law bloc, emailed IWPR a statement warning that "the presence of a gun at home could tempt a child, a teenager or an uneducated person to carry it, and probably use it in a way that exposes people's lives to danger and threatens the security of the community and nation”.

Waeili questioned why the government would issue such a ruling, "Does this decision mean that protection of the Iraqi citizen has become his own duty, not that of the authorities?"

Security officials dismissed such concerns. Dhia al-Wakil, spokesman for the office of the armed forces commander-in-chief, suggested that the firearm registration scheme made sense for "organisational and statistical" reasons.

“It is designed to limit the numbers of arms owned by civilians, and hence it’s in the interests of people's safety and security," Wakil said.

Officials at the interior ministry, whose police will issue the gun licenses, said the process would be properly conducted.

"The people who get gun licenses will undergo checks," deputy interior minister Ahmed al-Khafaji said. "The decision permits possession of a firearm inside houses, not outside them, and just one per home – no more.”

Despite such reassurances, many commentators worry about the consequences.

Abdul Khaliq al-Shemmari, a political and social affairs expert, acknowledged that the government seemed to have sound motives for announcing a registration scheme. But he warned that in the popular mind, it might be taken as a hint that “"gun ownership is being legalised".

"In a community like ours, which has experienced the use of weapons in negative ways, a hint like that isn’t a good thing," Shemmari said. "How can we guarantee that a man won’t turn his gun on his wife, child or another family member in a fit of temper?”

He concluded, "Sometimes motives can be good, but the consequences aren’t thought through. That’s how we make mistakes.”