Eurasian grouping will include half of the world’s population when it expands next year.

Eurasian grouping will include half of the world’s population when it expands next year. 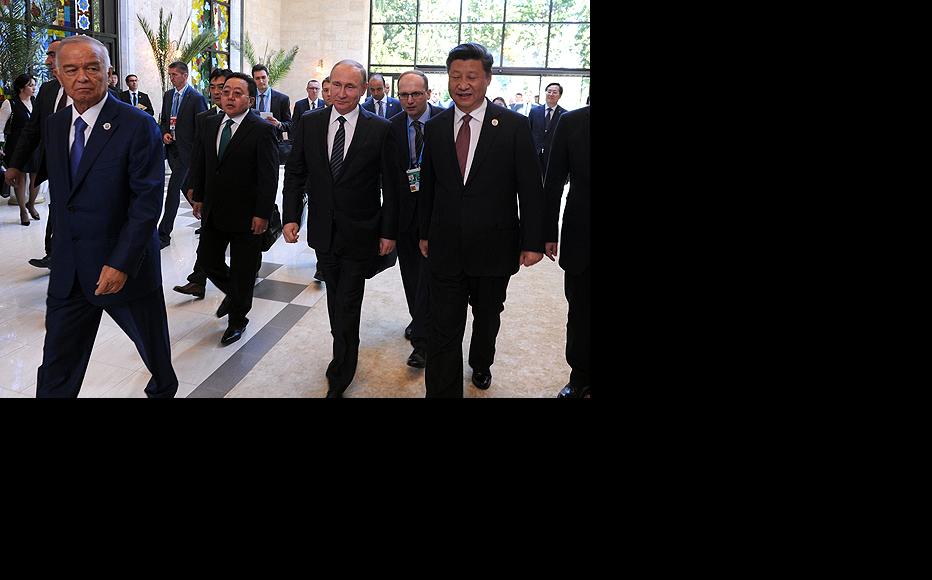 The Shanghai Cooperation Organisation (SCO) was once viewed as an Eastern counterbalance to NATO.

In reality, the Eurasian political, economic and military alliance has no joint military forces, although its members do share intelligence and cooperate over border and customs issues.

Founded in 2001, it is made up of China, Kazakstan, Kyrgyzstan, Russia, Tajikistan and Uzbekistan.

Last July, the SCO decided to admit India and Pakistan as full members. This means that when they join next year, the organisation will include half of the world’s population.

Fabio Indeo, a specialist in Central Asian geopolitics and a research fellow at the Centre for Energy Governance and Security at Hanyang University in Seoul, looks at the implications for the organisation as it marks its 15th anniversary.

IWPR: What are Russia’s and China’s main objectives concerning the SCO?

Fabio Indeo: Russia appears to be most interested in security since anything happening in Central Asia and Afghanistan affects its own southern borders.

Russia is also interested in China’s involvement in SCO since it represents a way to control Chinese potential military ambitions in the region.

Furthermore, Uzbekistan’s membership in the SCO allows Russia to share a security forum with this strategic post-Soviet country, which left the Collective Security Treaty Organisation (CSTO), the Russian-backed military bloc, in 2012.

Going forward, China has historically conceived of SCO summits as an enlarged and privileged forum to develop bilateral economic relations with Central Asian countries, accepting that Russia can play the role of security provider through the CSTO.

The recent deal with Uzbekistan to upgrade Chinese-Uzbek relations to the level of “comprehensive strategic relations” confirms this trend even further.

One also needs to consider that since 2015 China has become Tashkent’s main trade partner, taking over Russia's traditional role.

What is Uzbekistan’s interest in being a member of SCO?

As far as Uzbekistan is concerned, it has traditionally been reluctant and sceptical about any kind of regional multilateral cooperation in Central Asia.

Tailoring its foreign policy to developing bilateral relations, Uzbekistan has, however, maintained its adhesion to the SCO.

Uzbekistan is the country that balances the Sino-Russian influence in the region.

Moreover, Uzbekistan has been hosting the Regional Anti-Terrorist Structure (RATS) of the SCO since 2004. It highlights the country’s major role within the regional security architecture as well as its concerns about existing threats to regional stability.

Even if RATS’ initiatives are limited to holding meetings and training activities, Uzbekistan’s involvement still counts.

What challenges are the SCO likely to face in the future?

The current enhancement of a Sino-Uzbek geopolitical axe will become the most intriguing evolution to carefully monitor in the region.

In 2015 Uzbekistan inaugurated the Angren-Pap railway, infrastructure that benefited from Chinese investment and holds strategic relevance for Uzbekistan. It connects the national railway system together and allows the country to achieve even more independence from its neighbours.

This railway is also of strategic importance for China because the Angren-Pap will be a key stronghold of the Chinese One Road One Belt geopolitical strategy [the framework to connect and boost cooperation between China and Eurasia].

How might the Uzbek approach towards the SCO change following the death of President Islam Karimov?

Following Karimov’s death, the Uzbek approach to SCO could change if the next president reorients Uzbek foreign policy to Russia, privileging multilateral organisation promoted by Moscow.

Besides, Uzbekistan has already expressed its concerns regarding SCO enlargement plans. India and Pakistan’s accession as members will be ratified at the next SCO summit in Kazakstan in 2017.

What is Uzbekistan worried about this in this upcoming enlargement?

There is a fear that an enlarged SCO could become a dysfunctional organisation after having accepted two countries with an unsolved conflict [with each other].

Enlargement of SCO means that member states in Central Asia are to transit from the familiar and easy-to-understand Central Asian regional dimension to a larger, Asian one.

Central Asian republics and mainly Uzbekistan fear this enlargement because it could marginalise their role within the organisation and also decrease their influence on decision-making within SCO.

They may be then exposed to the impact of the Sino-Russian geopolitical strategies to a larger extent.

The “paper tiger” metaphor  - an institution that seems threatening but in reality is ineffectual - has been used to describe the SCO. Why is that?

The president of Kazakstan, Nursultan Nazarbaev, reiterated during SCO’s last summit in Tashkent in June that the SCO should not turn into an “amorphous, bureaucratic, and paper organisation”.

Security and stability have always been the SCO’s main goals. This organisation was created with an aim to fight against the so-called three evils, namely ethnic separatism, religious extremism and terrorism.

However, after 15 years the SCO is evidently ineffective as a regional security provider.

Several factors speak to SCO’s weakness and its definition of a ‘paper tiger’ in security issues.

Firstly, SCO proves unable or unwilling - or both - to intervene during explosions of violence or internal security crisis in Central Asia. These include Osh in 2010, the Rasht Valley in 2010, frequent clashes along the Tajik-Kyrgyz border as well as Janaozen in 2011 and Aktobe in 2016.

For instance, in the case of inter-ethnic clashes in south Kyrgyzstan in 2010, SCO justified its military inaction because of the lack of foreign aggression against its member.

As a matter of fact, the SCO is not designed to deal with internal security issues or conflicts between member-states, [although] the organisation should fight against external threats or threats coming from Afghanistan.

However, the lack of SCO intervention concretely weakens its ambition to provide security in the region.

Secondly, the SCO has a limited impact on security issues because members did not undertake concrete shared initiatives like the CSTO - for instance, collective counternarcotics operations or joint border controls - and until now have almost never been engaged in common military exercises.

And, unlike with the CSTO, there are no SCO military bases in Central Asia.

Thirdly, the geopolitical competition between Russia and China to extend their influence in Central Asia has heavily affected the achievement of SCO security aims.

Uzbekistan
Regime
Connect with us