Minister had to go after diplomatic debacle, but his departure provides a chance to sort out chronic problems in the army.

Minister had to go after diplomatic debacle, but his departure provides a chance to sort out chronic problems in the army. 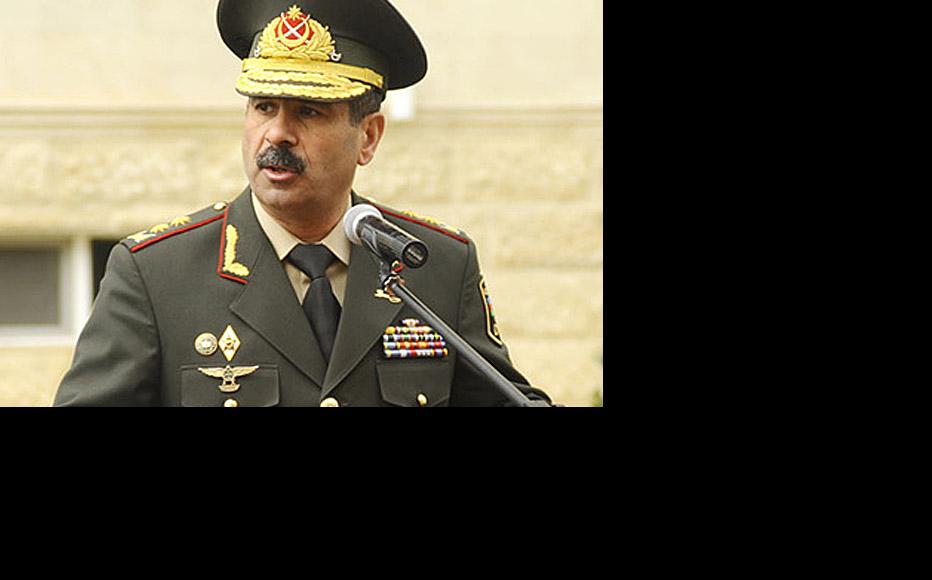 President Ilham Aliyev’s decision to sack the veteran defence minister may have been prompted by a diplomatic spat with the United States, but analysts say it reflects a longer-standing desire to get a firmer grip of Azerbaijan’s armed forces.

On October 22, Aliyev dismissed General Safar Abiyev, who had headed the defence ministry for 18 years, and replaced him with Zakir Hasanov, previously deputy interior minister.

The defence ministry had been at the eye of a diplomatic storm after a meeting between US Ambassador Richard Morningstar and Abiyev after last month’s presidential election. The embassy said the discussion was private, but the defence ministry released a statement saying the ambassador had “accepted” the election result, even though the State Department had said the polls fell “short of international standards”.

After the embassy complained, the ministry’s press officer Eldar Sabiroglu and the head of its international cooperation department Ramiz Najafov said they had an audio recording of the conversation that took place. This further annoyed the American embassy, which saw this as a serious breach of protocol.

Analysts suggested that President Aliyev had wanted to be rid of Abiyev for some time, and the diplomatic row simply offered a convenient opportunity to do so.

“I am certain these tensions were created artificially so as to remove Safar Abiyev from his job… the former minister put himself in a vulnerable position and fell victim to circumstance,” Arastun Orujlu, head of the East-West think tank, told IWPR. “During the Arab Spring, armies failed to defend a single Arab regime. It’s possible that because of some impending danger, they have handed over the army to a more trustworthy and reliable person.”

Zahid Oruj, a pro-government member of parliament, told IWPR that Abiyev had performed poorly as minister.

“Problems with the army have been discussed in parliament several times. Even though the head of state has made the military his top budget priority, the transparency of spending and its use for the intended purpose has been in question,” Oruj said. “The outgoing leadership of the army has also failed to handle personnel issues and other matters properly. It left a lot to be desired.”

According to Dashdamir Aliyev, head of the non-government Armed Forces Veterans group, Abiyev’s departure could clear the way for serious defence reforms.

“At the moment, bribe-taking and corruption are very widespread. There are serious technical problems, the number of illegal appointments has increased and, most importantly, the number of non-combat deaths has risen sharply. The situation has got out of control,” he told IWPR. He noted that recurring deaths among conscripts had sparked a series of protests in Baku this year and embarrassed the government. Many of them committed suicide or were murdered by fellow-soldiers in an atmosphere in which bullying was tolerated.

“As a result of all of this, Abiyev had to be sacked,” the analyst said.

Hasanov’s first foreign visitor was Philippe Lefort, the European Union’s special representative in the South Caucasus. When they met on October 28, the new minister assured Lefort that Azerbaijan’s aims were unchanged – it wished to be a strong state with a powerful military. He also said there was no change to government policy on Nagorny Karabakh, controlled by an Armenian administration since the war of the early 1990s.

“We support the peaceful liberation of our lands, but we also retain the right to liberate our territories from occupation by ourselves,” he said, according to an account of the meeting posted on the defence ministry’s web site.

Aydin Mirzazade, a member of parliament from the president’s Yeni Azerbaijan party, predicted that the new minister would shake up the armed forces and set new priorities for them.

“This will bring the army into shape for continuing the war with Armenia, into a state of full combat readiness, and it will further strengthen the army’s position on the front line,” he told the web site www.publika.az. “There is also the issue of improving the welfare of servicemen, ensuring their safety, and shaping a better public opinion of the army.”

So far, the signs are that Hasanov means business. Within ten days of coming into the job, he dismissed or reassigned ten senior officers, including Major-General Mammad Beydullayev, head of the army’s inspectorate, and Lieutenant-General Chingiz Mammadov, deputy minister responsible for military training. Both had been close allies of Abiyev.

Major Teymur Abdullayev, deputy head of the ministry’s press department, told the APA news agency that there was nothing surprising in these changes.

“High-ranking officers are being demobilised as they have reached the maximum age for military service, and other officers who have remained in the same post for a long time will be rotated,” he said.

Jasur Mammadov Sumerinli is defence analyst for the Ayna and Zerkalo newspapers.

Azerbaijan
Political reform
Connect with us