Former officer denies Sarajevo was besieged and that Serb forces behaved as “aggressor”.

Former officer denies Sarajevo was besieged and that Serb forces behaved as “aggressor”. 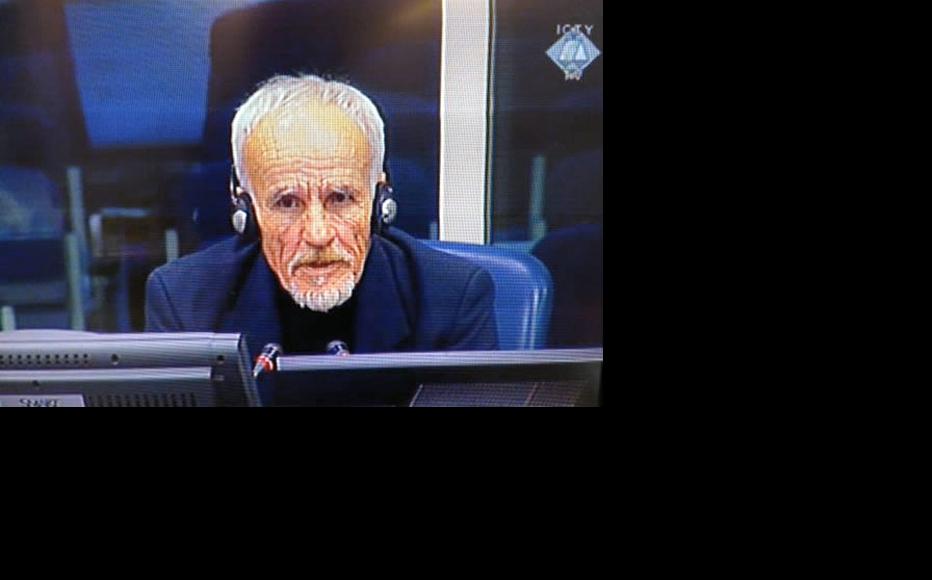 Dusan Zurovac, defence witness in the Karadzic trial. (Photo: ICTY)
The link has been copied

A wartime officer in the Bosnian Serb army testified this week that his unit never targeted civilians in Sarajevo and that it would have been “crazy” to do so.

During the conflict, Dusan Zurovac served as a company commander in the Bosnian Serb army’s Sarajevo Romanija Corps, deployed on hills around the city. He appeared at the Hague tribunal as a defence witness for Radovan Karadzic, the Bosnian Serb president during the years of conflict.

“People who were spending their lives in trenches, do you think they would have had the idea of climbing up a hill and opening fire on some women? That’s crazy,” Zurovac said.

The accused, who represents himself in the courtroom, asked why that would have been “crazy”.

“Any honourable man and Serbian combatant wouldn’t allow such things,” Zurovac said. “These combatants were parents [and] had children. Imagine someone opening fire on a woman and child – how could a person know that that woman and child were Muslims? I’d like someone to explain that to me.”

Prosecutors allege that Karadzic, the president of Bosnia's self-declared Republika Srpska from 1992 to 1996, planned and oversaw the 44-month siege of Sarajevo that ravaged the city and left nearly 12,000 people dead. Karadzic’s army is accused of deliberately sniping at and shelling the city’s civilian population in order to “spread terror” among them.

The indictment alleges that Karadzic was responsible for crimes of genocide, persecution, extermination, murder and forcible transfer which "contributed to achieving the objective of the permanent removal of Bosnian Muslims and Bosnian Croats from Bosnian Serb-claimed territory".

He was arrested in Belgrade in July 2008 after 13 years on the run.

The witness claimed that his unit never took “offensive” action and “never provoked the enemy during a ceasefire”.

“We were never in a situation to provoke them, because the enemy was much more powerful and it actually suited us when there was a ceasefire,” Zurovac said.

Presiding Judge O-Gon Kwon questioned Zurovac’s assertion that Bosnian Serb soldiers were forced to return fire in response to “provocations on the Muslim side”.

“Your Honour, this is self evident – if they [the other side] opened artillery fire in support of an… infantry attack, people who were in trenches would respond to avoid a situation where they would be captured alive. They had to return fire to save their lives because the enemy was only 15 or 20 metres away from them,” he said.

The judge then asked him, “You refer to enemy fire as provocation. What would have happened if you had not fired back?”

“Your Honours, in that case we would either have to withdraw or we would have all been killed,” Zurovac replied.

The judge asked what exactly the witness meant by “provocation”. The witness responded that this meant “short bursts of fire on our positions along the entire separation line”.

During the cross-examination, prosecuting lawyer Kimberly West asked Zurovac about his statement that the “enemy wanted to break through the firing positions”.

“Is it your position that Sarajevo was encircled?” she asked

“That was not my position,” Zurovac replied. “Sarajevo [was] closed from the inside. In Sarajevo, there were criminals who became high-ranking officers in the enemy army overnight.”

West then pointed out that the deputy commander of Zurovac’s own battalion has said in a statement that the unit “was there to keep the city under siege”.

“Since he was higher up [the chain of command], do you think he had more information than you to make such a statement?” she asked.

Karadzic’s legal advisor Peter Robinson objected to this question on the grounds that it called for speculation. The prosecutor said she would move on to a different topic.

“Do you think one of reasons they [the Bosnian government army] were trying to break the siege was lack of food and supplies in city?” she asked.

“I don’t think so. You know that Sarajevo had a tunnel under the airport, and through that tunnel they transported not only food and clothes, but even weapons,” Zurovac replied.

West then presented the witness with a 1993 report from the office of the United Nations High Commissioner for Refugees, UNHCR. She read aloud from a section of the document stating that UNHCR “condemns the actions of those blocking the delivery of humanitarian assistance in a cowardly attempt to starve and kill innocent civilians”.

West then asked the witness whether this might explain why the Bosnian government army wanted to break the siege.

“People who were starving were Serbs, Muslims and Croats. It was a state of war. You cannot look at things so narrow-mindedly. If there was a biggest camp in Europe, it would be a camp for Serbs,” Zurovac said. “I don’t agree with this. We were never in situation to stop humanitarian convoys or do any such thing.”

West said to the witness, “let me put a theory to you”, and spoke about how Zurovac and other defence witnesses have suggested that Bosnian government army attacks “were offensive and the SRK [Sarajevo Romanija Corps] only responded”.

“Yet by virtue of the siege, the entire event was offensive in nature on the part of the SRK because it was the encircling party. To keep the city under siege and to even split the city required offensive measures by the SRK, and aggression, and what you term as provocation. In this case, the [Bosnian government army] was trying to de-block the city. Do you disagree with my position?” the lawyer asked.

The Karadzic trial will resume on November 27.