Khadija Ismayilova was arrested because of her determined pursuit of investigative journalism.

Khadija Ismayilova was arrested because of her determined pursuit of investigative journalism. 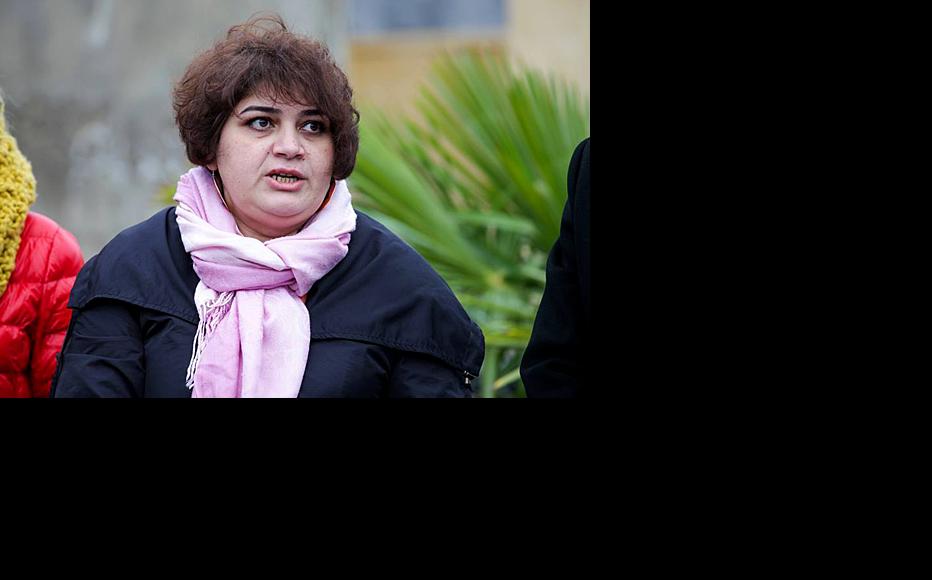 Khadija Ismayilova. (Photo: Aziz Karimov)
The link has been copied

The arrest of top Azerbaijani journalist Khadija Ismayilova demonstrates how far the government there is prepared to silence anyone who dares to criticise it, according to Nino Danelia, a professor at the Caucasian School of Journalism in Tbilisi in neighbouring Georgia.

Ismayilova was arrested on December and charged “pressuring someone to commit suicide”, an allegation which she denies and which her lawyer says is entirely groundless. She has been given two months in pre-trial custody while prosecutors build a case. International rights groups and Ismayilova’s fellow-journalists are certain she angered the leadership in Azerbaijan because of her probes into high-level corruption

IWPR’s Georgia editor Giorgi Kupatadze asked Danelia about the case and the wider context of serial arrests in Azerbaijan.

What is the real reason for Khadija’s arrest?

The head of the Azerbaijani president’s administration, Ramiz Mehdiyev, made a statement about Khadija’s arrest, describing her as an “unruly” individual with “a destructive attitude towards certain members of Azerbaijani society”, and accusing her of trying to “please her foreign masters”.

Azerbaijan’s authoritarian rulers believe journalists should not criticise the political and economic elite, catch them out in corrupt practices, or oppose them in any way. Nor should they report any of this to international organisations – information about what is going on in Azerbaijan must not get out of the country.

This approach is typical of what happened to citizens of the Soviet Union. Andrei Amalrik was arrested simply for publishing a book in the West which questioned whether the USSR would survive forever.

The arrest of Khadija Ismayilova, a reporter for RFE/RL, is clearly absurd. It is an obvious case of persecution on political grounds. This is just one example of how the Azerbaijani authorities silence independent journalists, political opponents, civil society activists and anyone else who dares to criticise them.

You know Khadija personally. What do you think of her as a journalist?

Khadija was engaged in an extremely important form of journalism. The recognition she enjoyed internationally is proof of that. She received the 2012 Gerd Bucerius prize awarded by the Zeit Stiftung and the Fritt Ord Foundation for contributions to press freedom in Eastern Europe, while the International Women's Media Foundation awarded her for her courage as a journalist.

As well as being a working journalist, she is a true civic activist battling an authoritarian regime.

Investigative journalism and ensuring the public has objective information are extremely important even in the freest and most democratic countries. Countries can be called democratic when their citizens have freedom of choice and when the media provide objective information about political and economic affairs. Khadija’s work is especially important since she provided information at risk to her own life, health, safety and liberty. Things that are part of the everyday routine for journalists in a democracy demanded selflessness and heroism from Khadija.

This is only the latest in a long list of arrests that have happened in 2014. What has changed to make the government so much more aggressive towards its opponents?

Many of my friends in Azerbaijan say the situation got more difficult after the decision to host the 2015 European Games there.

It was much the same prior to the Eurovision Song Contest in Baku in 2012, when journalists wrote stories about human rights violations. The authorities were extremely annoyed by that, and they evidently don’t want a repeat of the situation ahead of the 2015 games. At a time when Azerbaijan will be in the international media spotlight, the last thing they need it to be found to be engaged in corruption – whether linked to the games or just generally.

So the authorities are trying to arrest their critics. They are confident that the rest of the world is more interested in Azerbaijan’s oil reserves and political stability than in the fate of some individuals.

What can be done to pressure the government – if that is even possible at all?

In order to exert pressure on Azerbaijan’s authoritarian government, the rest of the world needs to stop working with it.

The loss of the 2015 games would be a massive blow to the government. Azerbaijan also needs to be stripped of its vote in all international organisations that hold human rights dear and value individuals’ safety and liberty. And as Khadija would surely agree, this needs to happen openly and transparently, not behind closed doors.

It is also essential to use every international report on the country and every government meeting and non-government conference to remind the Azerbaijani government that it has more than 100 prisoners of conscience in its prisons, and to urge it to release them immediately and unconditionally.