Desire for change is there, but state control is too great.

Desire for change is there, but state control is too great. 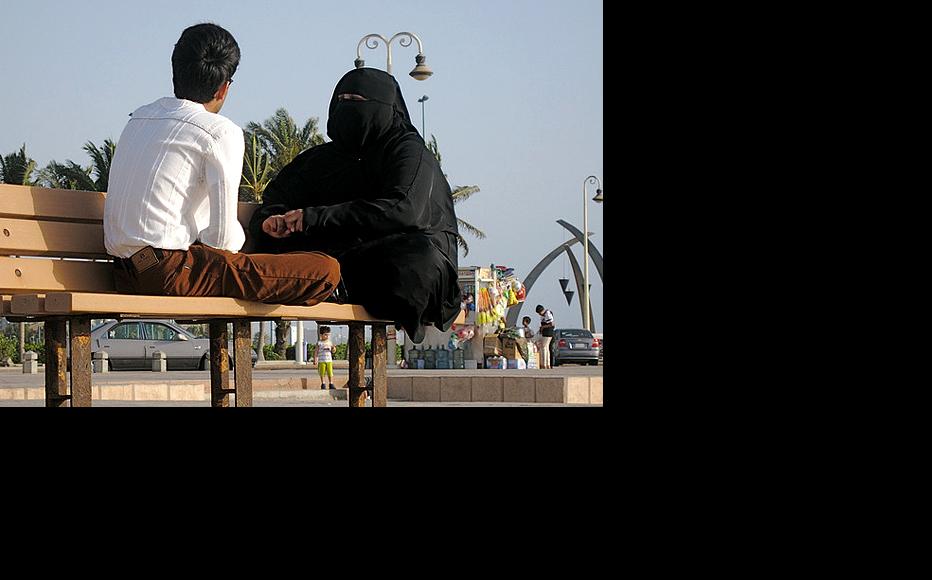 A couple sit on a bench on the cornice of the Saudi city of Jeddah. (Photo: Evita Webfotos/Flickr)
The link has been copied

People in Saudi Arabia don’t have much personal experience of political organisation or protest. But we have watched the uprisings in the region very closely, feeling that these were our revolutions too - we are all Arab and we all feel the pain of dictatorships.

When the revolutions began in Tunisia and Egypt, our government here was very afraid. They dedicated billions of dollars and created 30,000 new jobs in the security sector to combat any potential unrest, as well as taking steps to strengthen the religious establishment even further. The government knows that in Saudi Arabia, religion has huge power. Here, we are told that to protest goes against Islam - and that to have a good relationship with God we first of all must have good relations with our king.

It’s true that some Saudis want to keep the regime the way it is. The royal family alone has some 20,000 members and they control everything - all the government ministries. And there are many rich people here because of our oil - and this oil is all we have. But a lot of people do suffer and live a hard life. And they know if they raise their voices, the consequences will be very serious. It’s not that people don’t want change; it’s that they don’t have the ability to bring it about.

There are some small signs, though. For instance, women are starting to drive cars, even though this is still banned in Saudi Arabia. My wife drives our car and was one of the first to speak out about this issue. In fact, last year she was in prison for seven months because of her activism. Women who drive are being arrested – just this week I heard a woman from my hometown of Jeddah was sent to prison and that five more women were arrested for driving. The authorities know very well that a woman driving a car is the first step towards freedom – so to continue to control them, even this small freedom has to be stopped.

Ten weeks ago, some activists held a demonstration outside the interior ministry to protest the fact that more than 10,000 people had been held in prison for over a year without facing charges or trial. It was broken up and more than 300 people were forced to sign agreements vowing to never protest again; more than 20 others were sent to prison where they still remain, also without being formally charged.

And three months ago we published a petition, signed by more than 10,000 people, calling for our political system to be replaced by a monarchy similar to what they have in Jordan or Morocco. The answer to that was that we were condemned for asking for something which was “against God’s wishes”.

The two main responses which greet any kind of criticism of the regime or calls for reform are, “It is not the right time” or “A foreign agenda is behind this”. The same thing happened with our petition.

The fact is that I have been told many times by United States officials that good relations with Saudi Arabia are vital for them. So they cannot back any political activism – the best they can do is show support for some kinds of social change. Backing people who want to change the system is out of the question. We know that we will get no support from outside in trying to change our country.

What happened in Bahrain, when Gulf security forces, including troops from Saudi Arabia, were invited in by the regime to quash the uprising there, was partly an attempt by the authorities here to send a message to their own people. They were warning us that what happened in Bahrain could easily happen to us too – and no help will be forthcoming from outside, either.

I hope that people will become braver, the more revolutions they see taking place elsewhere. There are reports every day that more women are driving, and there have been proposals for a mass hunger strike to continue to protest the ongoing unlawful detention of prisoners.

It is not easy to be an activist in Saudi Arabia. I have been taken into custody for investigation many times; I have been beaten; my wife is banned from leaving Saudi Arabia; and my Twitter, my Facebook account and my website are blocked. I have no doubt they want to put me in prison and one day this will happen – the authorities are just waiting for a good opportunity.

The Arab Spring
Saudi Arabia
Regime
Connect with us