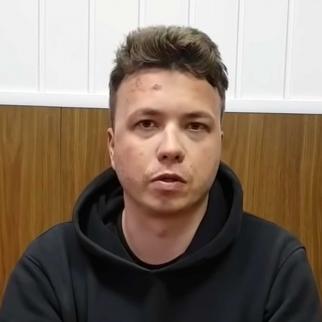 Roman Protasevich during his public address from the detention facility in Minsk. 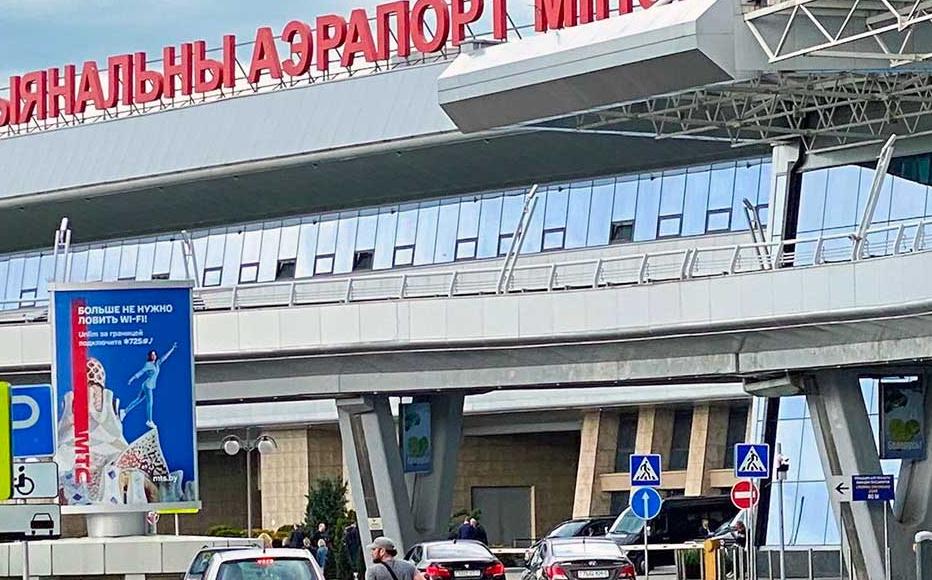 Minsk National airport. © svaboda.org
The link has been copied

The diversion of a plane to Minsk to detain a prominent opposition activist looks set to cost Belarus dearly, as sanctions mount against the government of President Alexander Lukashenko.

The fourth set of EU sanctions against the regime will be announced on June 21, but the consequences of last month’s events are already being felt by many in the transportation and tourism sectors.

The diversion of the Ryanair flight on May 23 to facilitate the arrest of Roman Protasevich, the former editor-in-chief of the NEXTA Telegram channel, led to a widespread ban on the state carrier across Europe.

State airline Belavia has already canceled 30 regular flights to EU countries. As it is banned from  European airspace, all flights from Belarus to any destination can now fly over only Russia. The carrier has already fired many of its employees and the management is now weighing how many more are going to lose their jobs.

The flight ban also hit the tourism sector hard. In the middle of the holiday season, travel companies were forced to cancel tours to many destinations popular with Belarusians including Albania, Bulgaria, Greece, Cyprus, Tunisia and Montenegro.

According to Dzmitry Ryzhyk, a manager of the large AlatanTour tourist company, 30 to 40 per cent of all Belarusians who holiday abroad opt for these countries.

“Many companies will not be able to survive,” he said. “Many have already gone bankrupt. One of the oldest tour operators in Belarus, Solvex, has shut down.”

The industry was already suffering after tourism was brought to a halt due to the pandemic. The flight ban will now only increase last year’s losses.

“I think a third of the companies will be closed down for the winter season, because they simply won’t be able to earn enough money to keep employees off-season. This has never happened before,” Ryzhik said.

The new sanctions that the EU is expected to impose will have an even worse impact on key sectors of the Belarusian economy.

European foreign ministers have warned that restrictions might affect the export of refined oil products and potash fertilizers, as well as the transit of Russian gas through Belarus.

According to Lev Lvovskiy, senior researcher at the Belarusian Economic Research and Outreach Center (BEROC), these sanctions are likely to be much more painful than the three previous rounds.

“Belarus is a country with a small open economy; for us export is as important as import. In our case, these sanctions can have a greater impact,” Lvovskiy said.

Belarus is very sensitive to Western economic pressure, especially since Minsk has been unable to refinance its national debt at the expense of European and American money.

“Belarus is now in a rather unstable situation and it is getting more and more dependent on Russia,” Lvovskiy concluded.

According to Vladimir Astapenko, the former ambassador of Belarus to Argentina and a member of the opposition National Anti-Crisis Management body, the Ryanair incident significantly increased the country’s international isolation.

“After the forced landing of the plane, Belarus has lost its foreign policy vector,” he said. “Even the Russian foreign ministry does not need such toxic diplomacy with Minister [Vladimir] Makei in charge.”

Arsen Sivitski, director of the Center for Strategic and Foreign Policy Studies, agreed that the plane incident had been a turning point.

According to him, the international response has made it impossible to normalise relations with Belarus while Lukashenko remains in power.

“The plane operation proves the dysfunction of the government. The leadership of the country is in a state of strategic blindness,” Sivitski said.

The Belarusian authorities remain bullish, arguing that in the event of new sanctions the country will simply increase its exports to Asia.

“We are sure that the Belarusian economy will not only withstand and overcome this, but will also get stronger and work more actively in other markets,” Prime Minister Raman Halouchanka told the state news agency BelTA.

However, experts argue that Belarus’ isolation will only increase. They note that President Vladimir Putin has taken a neutral position regarding the plane incident, and with the decrease of oil supplies to Belarus and the future decline of gas transit it seemed clear that Moscow wants to distance itself from Lukashenko.

“Belarus has become toxic for its partners in the east - China and Russia,” Sivitski said. “They are forced to stop cooperation due to the risk of secondary sanctions. All the contradictions between the EU countries have faded away. Now the EU has a consensus that it is necessary to impose tough sanctions in order to punish Lukashenko for his behaviour in the international arena.