Ruto Witness Says He Was Told to Lie

Witness claims promises of life abroad and education for his children persuaded him to incriminate defendants.

Ruto Witness Says He Was Told to Lie

Witness claims promises of life abroad and education for his children persuaded him to incriminate defendants. 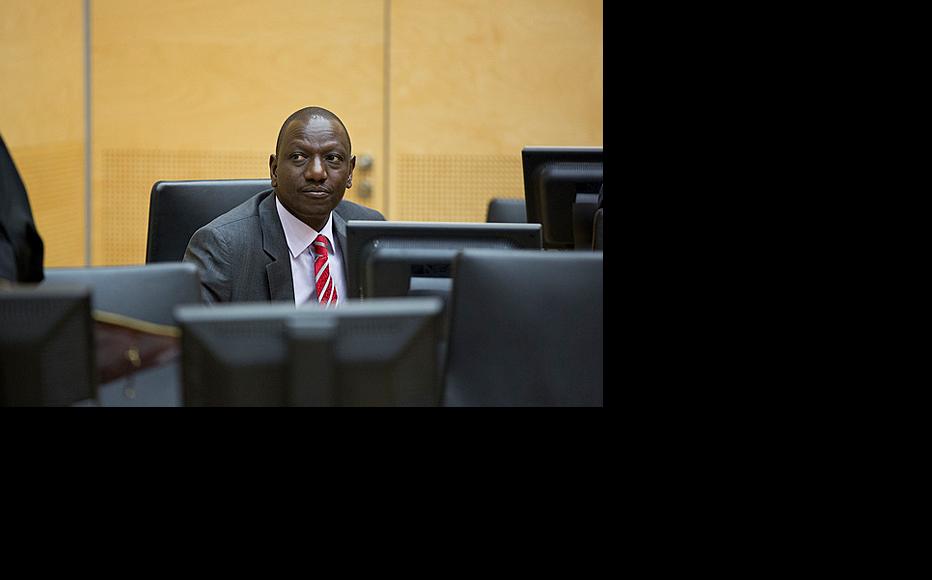 William Ruto in an ICC courtroom in The Hague. (Photo: ICC-CPI/Flickr)
The link has been copied

The third witness summoned to testify in the trial of Kenya’s deputy president told judges in The Hague this week that he had been instructed to lie to investigators so as to implicate the defendants in the case.

Testifying from Nairobi via video link, the protected witness, referred to as P-516, told the International Criminal Court (ICC) that he met two men in October 2012 who told him what to tell investigators.

The witness said he was informed by these two men that if he gave the ICC investigators certain evidence, he would receive benefits such as being relocated abroad and education for his children.

The witness said the two men, referred to only as “number one” and “number three”, provided him with the information he should tell investigators.

“I was to give testimony that was not actually correct, but give a statement that would seem to be credible,” the witness told the court. “It was false testimony.”

He is the 24th witness to testify for the prosecution in this case, and one of eight who were ordered by judges in April to give evidence. Some of the eight had lost contact with the court and others had withdrawn testimony they had previously given to Hague prosecutors. (See ICC Summons Witnesses for Prosecution in Ruto Case.)

Ruto and Sang are charged at the ICC in relation to mass violence that broke out in Kenya following the presidential election of December 27, 2007.

At the time. Ruto was deputy leader of the opposition party, the Orange Democratic Movement (ODM). Sang was a radio broadcaster at a radio station called Kass FM.

Kenyan president Uhuru Kenyatta is also facing trial. His case was meant to start on October 7, but last week, judges postponed proceedings after it emerged that the prosecution still did not have enough evidence against him. (ICC Prosecutor Wants More Time to Get Kenyatta Evidence.)

The Ruto/Sang trial, which began in September 2013, has unfolded against a backdrop of allegations of witness tampering and bribery. A former intermediary for the prosecution has been charged with contempt in relation to allegations of this kind.

Explaining to the court how he came to provide a false statement, Witness P-516 said he had a three-hour meeting with persons number one and three in Eldoret in October 2012. The witness said he was phoned by a male ICC investigator three-and-half weeks later. and went to an undisclosed location to meet investigators.

The prosecution disputed this claim, putting it to the witness that “it would have been impossible” for the witness to have met “number three” in Eldoret at this time.

The witness gave his answer in private session.

Asked why he had lied to investigators, the witness said it was because he was told he would get to live abroad and his children would receive an education.

“We were poor people, unemployed, living in those circumstances, and for those reasons I thought I was going to have a better life,” the witness said. “I had no choice. That was an opportunity for me not to miss.”

During his testimony, the witness described a version of events that the prosecution said contradicted his earlier statement that had incriminated Ruto and Sang.

In view of this, the prosecution asked judges to deem him a hostile witness. Despite objections by both Ruto’s and Sang’s defence teams, the judges granted the request. A similar decision was made during the testimony of the two previous witnesses who were also summoned to testify.

Judge Chile Eboue-Osuji, presiding, said that witness P-516’s testimony had consistently deviated from the statement he gave to the Office of the Prosecutor almost two years ago.

“The chamber considered the extensive degree to which the testimonies of witnesses had consistently and systematically diverged from the testament given to the prosecutors was enough to warrant those witnesses be declared hostile. and the applications were granted,” Judge Eboue-Osuji said, referring to the first two witnesses. “Similarly, the chamber grants the application of the prosecution in this instance.”

The witness told the court this week that he did not live at the location where he had claimed to live when he made his statement, adding that nor had he attended the meetings where, previously, he had said the electoral violence was planned. He also denied knowledge of events preceding the 2007 post-election violence.

The witness told the court that he was unaware of the bad feeling between members of the Kikuyu and the Kalenjin ethnic communities that erupted into violence following the election result.

Several previous witnesses have testified about the tense relationship between the two groups and have given evidence about attacks carried out by Kalenjin.

Prosecutor Anton Steynberg probed the witness on this response.

“I put it to you, Sir, that you knew very well that the reason the Kikuyu were fleeing to the [internally displaced persons] camp was because Kalenjin ODM supporters were launching attacks on them and burning houses and looting houses,” he said. “Is that not correct?”

“No, that is incorrect,” the witness said.

Meanwhile, in the Kenyatta case, the defendant’s lawyers asked judges to excuse their client from a courtroom meeting scheduled for October 8.

The judges summoned the president to appear in The Hague last week after they postponed the start of his trial, slated for October 7. (See Kenyan President’s Lawyers Want ICC Case Terminated.)

Kenyatta’s lawyers informed judges that the president is due to join other heads of state at a regional summit in the Ugandan capital Kampala to discuss economic and security matters. The following day, he is scheduled to attend celebrations marking the anniversary of Uganda’s independence.

“It is important to Kenya’s national interests that Mr Kenyatta, as head of state, represents his people effectively at the meeting on the 8 October 2014, and is present to show their support for an important neighbouring state on the day of celebration on 9 October 2014,” defence lawyers Steven Kay and Gillian Higgins submitted in writing to the judges.

The lawyers asked that in the event that the judges were not willing to excuse their client, the ICC meeting be postponed and Kenyatta be allowed to attend via a video link from Nairobi at a later date.

The defence submitted that the nature of the court session was not one that would require Kenyatta “to take part in the proceedings in any significant manner, such as the giving of testimony”.

In seeking excusal for their client, the lawyers referred to new ICC rules which were agreed in December last year, allowing senior state officials to apply to miss court proceedings on grounds of official state business.

“The commitments of Mr Kenyatta in respect of these events are necessary as they are extraordinary public duties at the highest national level requiring his attendance as head of state,” the lawyers wrote in their submission, pointing to the inconvenience of the court meeting.

“Physical attendance by Mr Kenyatta in The Hague would entail two to three days travel time which would significantly impact upon his ongoing duties as head of state and chairman of the East African Community at a time of significant and important challenges nationally and internationally which require his constant attention.”