Kyrgystan’s membership of a Moscow-led trading bloc has softened the blow for its citizens, but Uzbeks and Tajiks are clearly suffering.

Kyrgystan’s membership of a Moscow-led trading bloc has softened the blow for its citizens, but Uzbeks and Tajiks are clearly suffering. 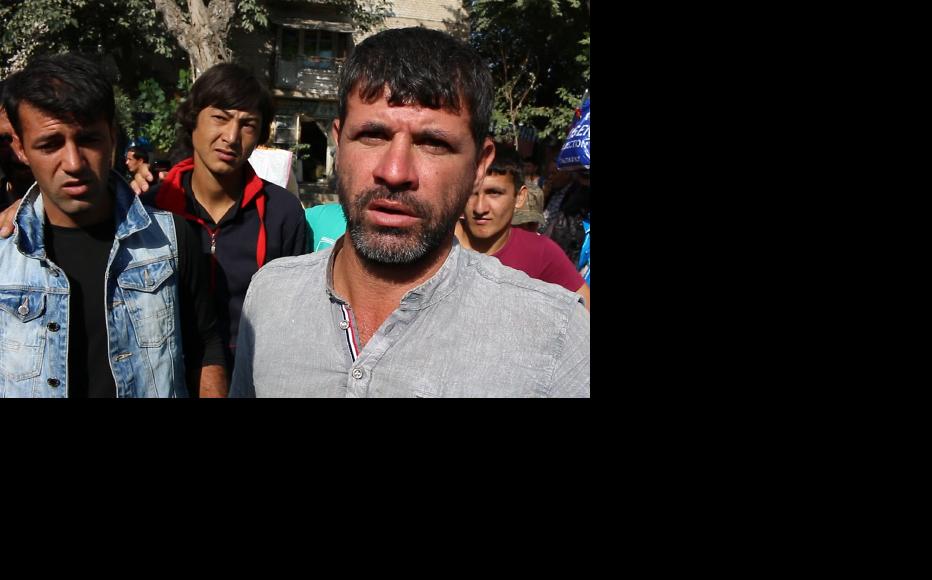 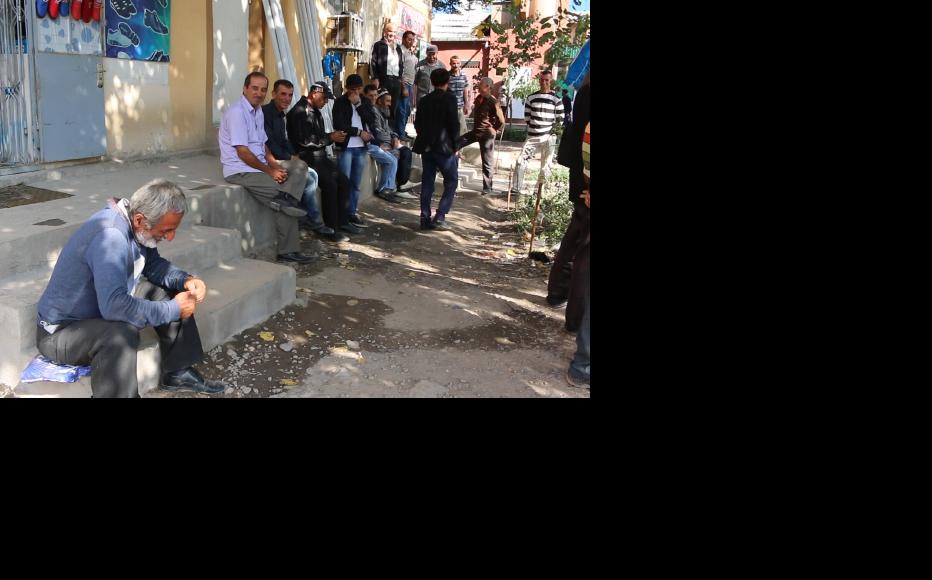 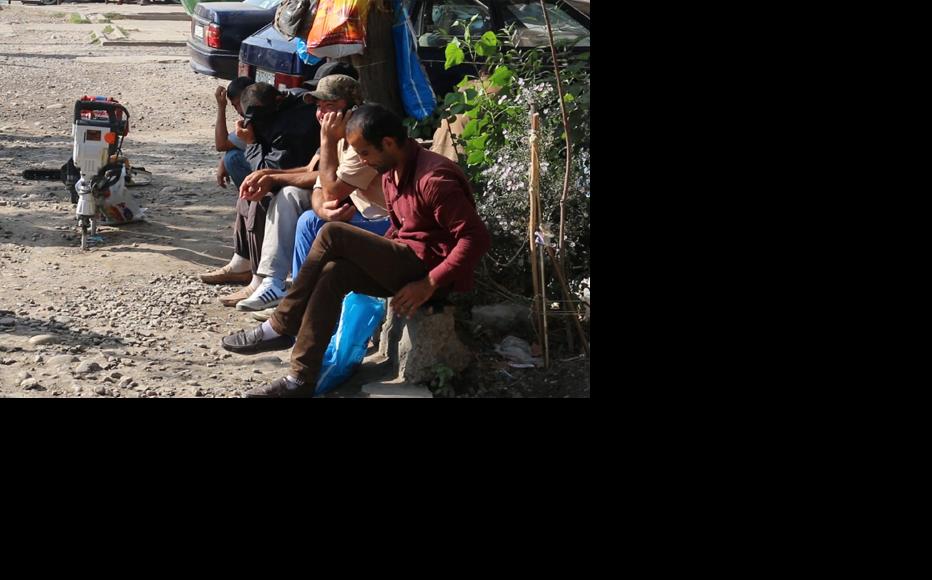 Some mardikors can spend days waiting without being hired. (Photo: Nosim Isamov)
The link has been copied

The exception to the trend appears to be workers from Kyrgyzstan, who seem intent on staying put. Many hope that their country’s membership of the Moscow-led Eurasian Economic Union (EEU), which it joined last August, will help them weather the storm.

Russia’s economy has been hard hit by a raft of Western sanctions signed in March 2014, following the annexation of Crimea. Sanctions were stepped up further in response to Moscow’s interventionist policies in Ukraine and the rouble has continued to devalue.

Remittances from labour migrants in Russia make up a significant part of the economies of the Central Asian states of Uzbekistan, Tajikistan and Kyrgyzstan.

Some Kazak citizens also work in Russia, but Kazakstan, as the largest economy in Central Asia, tends to attract its own labour migrants.

According to Central Bank of Russia figures, Uzbek nationals sent back 7.8 billion US dollars from Russia in 2013. Remittances from Tajik nationals amounted to 3.9 billion and Kyrgyz workers sent back 2.1 billion dollars.

Figures for first three quarters of 2015 show a steep decline compared to the same period in 2014, with remittances to Uzbekistan down by 51 per cent, and to Tajikistan by 47 per cent.

The number of Uzbek and Tajik workers in Russia fell by 22.2 per cent and 15.6 per cent respectively over the last two years.

However, the number of Kyrgyz workers increased by 5.4 per cent over the same period, a likely result of the easing of employment restrictions due to its EEU membership.

Nasirdin Shamshiev, head of the macroeconomic policy department of the Kyrgyz economy ministry, said that despite the financial crisis “there is no mass return of Kyrgyz from Russia”.

“Unlike the nationals of Tajikistan and Uzbekistan, our migrants are in no haste to come back… Most probably they will wait for the consequences of our country’s joining the EEU [to be felt],” Shamshiev told IWPR.

Kyrgyzstan’s membership in the EEU has certainly given Kyrgyz citizens more flexibility within the Russian labour market.

In January 2015, Russia stepped up its entrance criteria for migrant workers, requiring them to pass a history and civics exam as well as a Russian language test. They also needed to obtain an international passport.

However, Kyrgyz nationals can still enter Russia with an identity card, and do not need to buy a work permit which, depending on the region of Russia they are heading for, can cost up to 700 dollars a year.

Andrey Yakimov of the Outreach and Social Project Support and Development Charity Foundation, a Russian NGO, said according to their research a third of Kyrgyz migrants currently in Russia want to stay there permanently.

Speaking last November at a Bishkek forum on protecting migrant workers’ rights, he said that their survey had also found that 55 per cent of Kyrgyz migrants were based in Moscow and the surrounding regions. This may also help them remain in Russia, as these are most economically developed parts of the country.

Kyrgyz workers acknowledge that migrants are among the first to suffer in times of economic crisis. However, for now they feel it is worth staying in the hope the situation would improve.

“All of us were waiting for the country to join the EEU, but this step hasn’t proven its value yet,” said 61-year-old Uulkan Mamatova, who left Kyrgyzstan for Russia 12 years ago and now lives in the city of Ulan-Ude, in the republic of Buryatia.

“People lose their jobs and have to find extra work,” she continued. “They don’t think about returning to Kyrgyzstan and still look at the consequences of the Russian crisis. They understand that Kyrgyzstan won’t have jobs for them, especially for those who have lived in Russia for a long time. Some of them have apartments and cars here.”

She gave the example of her son, the family’s main breadwinner. He used to sell goods at a local market but crisis made his venture unprofitable. He managed to find an office-job instead. And he also began working as a DJ to earn extra cash.

“We have money but we are experiencing a crisis,” Mamatova told IWPR.

A survey by the Centre for Integration Studies under the auspices of the Russia and Kazakstan-backed Eurasian Development Bank also revealed 44 per cent of Kyrgyz citizens still living in Kyrgyzstan had long-term plans to work in Russia.

The picture is very different in Tajikistan.

In 2013, before the Russian economic crisis, migrants’ remittances accounted for 42.2 per cent of Tajikistan’s GDP, the largest proportion of all Central Asian states.

In 2014 the volume of money transfers decreased by 65.1 per cent and has yet to recover, yet another factor in the country’s current economic stagnation.

The effects are visible in central Dushanbe, where labourers seeking temporary work, called mardikors in the Tajik language, are a common sight.

Observers say there has been a significant increase in the number of mardikors following the Russian economic crisis and Tajikistan’s own domestic financial woes.

Many of these workers have been blacklisted by the Russian Federal Migration Service for violating the conditions of their stay in Russia or other offences just as non-payment of bills or parking fines.

These measures are part of state policies to control the flow of migrants imposed in early 2015.

According to the ministry of labour, migration and employment of the population of Tajikistan, as of January 333,000 Tajiks had been banned from entering Russia for periods ranging from three to five years.

Some mardikors interviewed by IWPR still hope to go back to Russia despite the problems they face there. (See Tajiks Face New Obstacles to Work in Russia)

“Every day we stand around and wait for an employer to come and give us work,” said Nusratullo Rustamov, a 30-year old father-of-two. “At times we wait for a whole week without any work. I visited a number of [building] sites around here. They would not hire me. They have their own workers and now even they are out of jobs. When my deportation period is over, I will go back to Russia.”

Sumangul Taghozoda of the labour ministry told a January press conference that the state would find employment for returning migrants, although it was not clear how this would be put into practice.

Economist Zulfikor Ismoiliyon warned that such promises might mislead not only the Tajik population but also the Russian state, adding that “since the official state bodies of Tajikistan announce the creation of new jobs each year, these figures are noted in Russia and other countries.”

“They look at this data and think, ‘new jobs have actually been created in Tajikistan. Their migrants should go back and work in their country!’” he continued. “However, people say they cannot find any work once they go back to Tajikistan. And it is true. These ministries and enterprises in Tajikistan are only good at making reports,” Ismoiliyon said.

Some small businesses are already struggling to survive.

After losing his job he went back to Tajikistan and found work with a local company.

But since the Tajik currency crisis broke out last December, his employer has failed to pay him.

“I would, of course, love to work here,” Nazirov said. “But for the past two months my employer has not paid my wages. He keeps making promises and saying the funding has not arrived because it is the beginning of the year. I will wait for another month, if the problem persists, I will go to Russia.”

Saimuddin Dustov, head of the Indem NGO, said that no reliable state data was available on unemployment.

He claimed that 28-32 per cent of the population had no work with the figure soaring to 80 per cent for those under 29.

“Even if there are job opportunities in the country, none of the returning migrant workers will want to take them due to low salaries,” Dustov said, adding that the average wage was 600 somoni (70-80 dollars).

According to Farhod Tolipov, a Tashkent-based expert on international security and head of the NGO Bilim Karvoni, remittances constitute 10 per cent of Uzbekistan’s GDP a year.

“There are about two million Uzbek migrants abroad according to various estimations,” said Tolipov, adding many were young, hard-working and energetic.

This affected the already-struggling domestic economy too, he noted.

“The huge wave of migration reflects the steadily high level of unemployment in Uzbekistan,” Tolipov said.

This had an effect on social cohesion too, he added, explaining that returning migrants might find it hard to re-adapt following exposure to relatively liberal lifestyles in Russia.

For now, the flow of Uzbeks heading back home looks set to continue.

He works driving other labour migrants from Uzbekistan to Moscow and vice versa for 10,000 rubles (132 USD) each way.

He said that in the past, most of his work consisted of taking clients to Moscow. Now, more people were using his services to return home.

“Men often leave. But not all of them will leave. They got used to working here [in Russia],” Boimatov said. “They might come back in spring.”