Rural Schools in Decline in Armenia

Falling numbers of pupils mean many have to travel further for their education.

Rural Schools in Decline in Armenia

Falling numbers of pupils mean many have to travel further for their education. 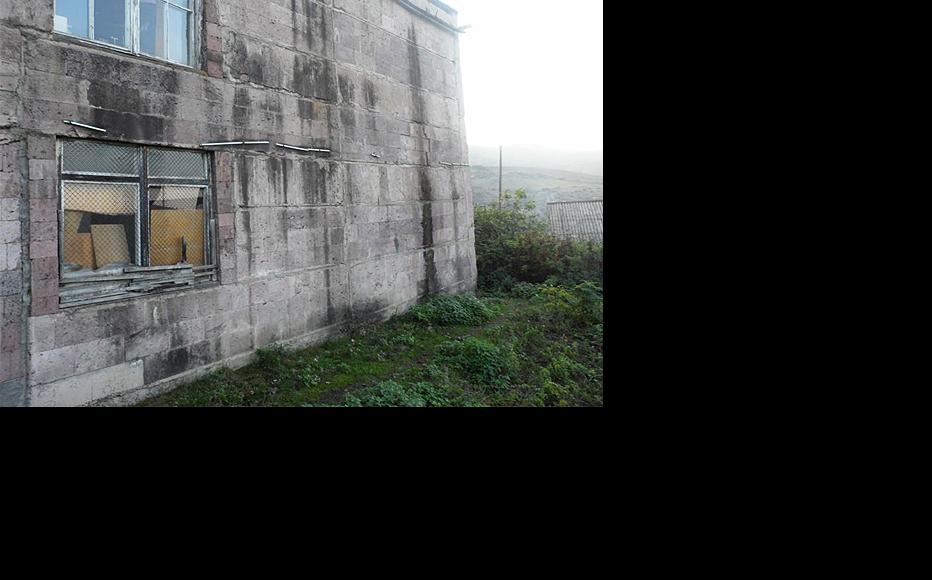 An abandoned village school in Armenia. (Photo: Arevik Sahakyan)
The link has been copied

Villagers in remote rural communities in Armenia say that more and more local schools are being forced to close as pupil numbers dwindle.

Although the education ministry has played down the closures, media reports and IWPR interviews with local leaders indicate that around ten village schools have shut down in the past four years. Residents say several dozen more are at imminent risk of closure.

In the tiny village of Shrvenants in the southern Syunik region, for instance, the only child of school age is the son of Armine Manukyan, who is head of the local commune (a formal position).

The school in Shrvenants once had 400 pupils, but when it closed in 2010, only two pupils graduated from the final-year class.

“Unfortunately, at this point there is only one school-age child in the village, my son, and he’s forced to go to a nearby school in [the provincial centre] Kapan,” Manukyan told IWPR, recalling a time when the school was central to village life.

Gnel Sargsyan, the commune head in Khndrants, also in Syunik, said the village only had one child, with another four living in the nearby village of Arevis. That meant the local school would probably close down next year, he said.

Armenia’s population is in steady decline as large numbers of people, especially from rural areas, move abroad to find work. The government’s migration agency says that between 900,000 and one million citizens travel to Russia and stay for a period of two or three years. Figures for 2008-13 show that 212,000 people emigrated from Armenia on a permanent basis, a massive figure for a country with a population of fewer than three million.

Fatoyan Bro, the head of Otevan village in the Aragatsotn region, told IWPR that the school there closed last year.

“It was only [catering for] three or four children, so... the parents were forced to move to neighbouring communities,” he said. “People leave in search of work. We wait for them to return, but they don’t come back.” (See also Emigration Empties Armenian Towns.)

IWPR is aware of numerous schools in remote areas across Armenia with ten or fewer students. The one in Tsaghkashat in the Lori region has eight school-age children, out of a total village population of 320. In the village of Por, in the Vayots Dzor region, the seven children living there now have to travel to school in a nearby settlement.

Education and science minister Armen Ashotyan has previously acknowledged that four or five schools in rural areas have been forced to close due to lack of pupils. However, this year he made it clear that the ministry did not foresee any more closures.

“No – even very small schools with just a few pupils will not close,” he said. “The school is one of the institutions which the whole village rests on. The church is the other. If you close the school, it endangers the whole village.”

For their part, local residents are doing whatever they can to help keep their schools going. Suren Avagyan, the head of Kakavakar village in Shirak region, has called for residents of nearby hamlets to relocate to his community to ensure their school can survive.

“There are two families from neighbouring villages. I asked them to come to live here. We can even provide them with housing. But I don’t know whether they will come or not,” Avagyan told IWPR.

The situation is particularly tough in villages in areas bordering on Azerbaijan, where cross-border gunfire is an ever-present threat that adds to the more general social and economic problems.

In Soviet times, the school in Barekamavan in the Tavush region, close to Azerbaijan, had 330 students, whereas today there are only 25. Another border village, Movses, has only 138 pupils in a school that once catered for 1,200.

This summer saw a surge in fighting between Azerbaijani and Armenian troops, with dozens of casualties on both sides in the worst violence seen since the Karabakh war ended in a truce 20 years ago.

The rising military threat prompted Armenia’s parliament to send out a team to inspect living conditions in border areas, and it subsequently announced plans for a package of benefits to supporting these villages. Legislators set up a special working group which will discuss a bill drafted by Nikol Pashinyan of the opposition Armenian National Congress.

Surprisingly, the education ministry reports that the total number of children starting school across Armenia has consistently grown over the last three years. It says 40,000 children started this autumn, a growth of about 1,000 a year since 2010.

Narine Hovhannisyan, head of general education at the ministry, says rising birth rates are the explanation.

“Children born in 2008 start school this year. Let’s not forget that was the year Armenia introduced free childbirth services. Now we’re seeing the results,” she said.

Hovhannisyan argued that there were no schools under threat of closure. Any shortfall could be managed by a process of reorganisation, she added.

“If a school in a small community lacks first-graders this year, then next year they will have enough. The task before us is not to combine schools but to combine classes. Perhaps the first and second grades in some schools can be put together. It can be worked out using a special programme and methodologies,” Hovhannisyan added.

Arevik Sahakyan is a freelance journalist in Armenia.