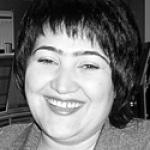 As Tajikistan ties its political and economic future more closely to Moscow, efforts are being made to revive teaching of the Russian language.

On October 1, the Central Asia state finally ratified a defence deal that will allow Russian troops to remain in the country until 2042. Russia has already provided concessions in other areas including permission for Tajik nationals to stay and work much longer than before.

That is an important step given the hundreds of thousands of migrant workers in Russia, and also highlights the need for them to be able to communicate with a degree of fluency there.

The teaching of Russian in Tajikistan has declined drastically since the end of Soviet rule in 1991, as the state has promoted Tajik and native Russian speakers have emigrated.

Apart from a handful of schools where Russian is still the medium of instruction, it is now taught as a foreign language, and class hours have been cut from five to two. The Tajik Slavonic University in Dushanbe is running courses for Russian-language teachers from all around the country.

The hope is that with better teaching, more young people will leave school with a decent understanding of the language, and those who go abroad in search of work will gain a competitive edge.

“The main problem is that they don’t know the language and don’t have any skills,” said Shodi Shabdolov, a parliamentarian who heads Tajikistan’s small Communist Party, believes Russian is essential to the country’s future.

This audio programme went out in Russian and Tajik on national radio stations in Tajikistan, as part of IWPR project work funded by the Norwegian Ministry of Foreign Affairs.

Tajikistan, Russia
Education
Connect with us