The Barada organisation is helping improve the lives of displaced and poverty-stricken families.

The Barada organisation is helping improve the lives of displaced and poverty-stricken families. 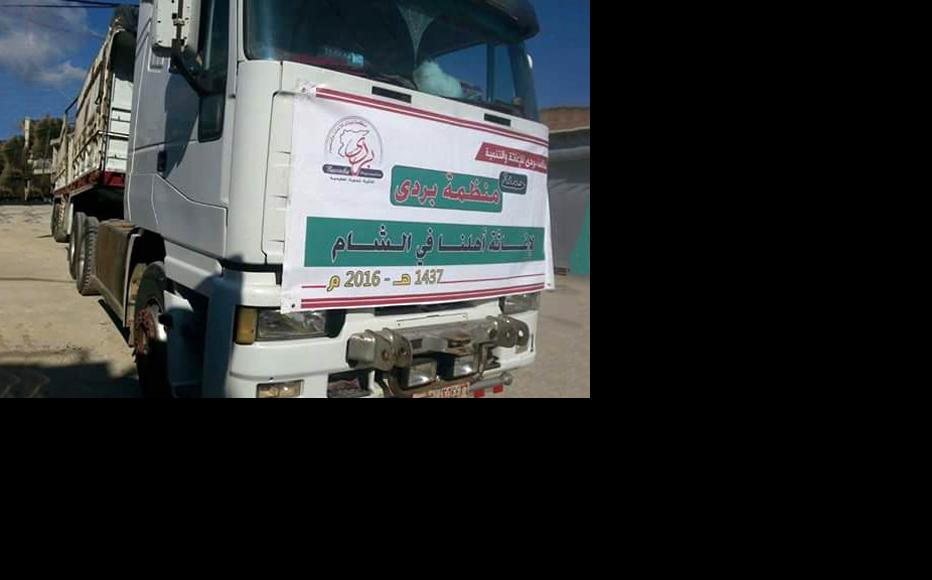 When Aida’s was martyred, the 35 year-old fell on hard times.

Struggling to provide for her four children, the young widow decided to withdraw them from school as she could no longer afford to buy books and stationery.

Their education only resumed early this year, when a new organisation named Barada stepped forward to sponsor the tuition.

Barada supports a number of development projects, including in the education sector, in Syria’s liberated areas.

Founded in early 2016, the organisation has so far sponsored 750 orphans in Maarat al-Numan and Idlib’s countryside to continue their schooling.

“Barada is one of the many organisations committed to providing basic services and improving the living conditions of displaced and poverty-stricken families,” director Saad al-Othman told Damascus Bureau.

“Our main goal is to deliver the aid we receive from generous donors to those most affected by the war, especially children,” the 44 year-old said.

The organisation is funded by a group of businessmen and wealthy donors, and works in partnership with several other NGOs.

Usama, 14, enrolled in a Barada institute after his own school was closed down due to relentless government bombing.

Usama told Damascus Bureau he felt optimistic and happy to be back studying.

“The institute provides us with books and stationery, and arranges activities and competitions where outstanding students are awarded prizes,” he continued.

“I have benefited a great deal from the different subjects I am taught at the institute, which include memorising the Koran.”

In addition to supporting education in liberated areas, Barada also sponsors relief programmes and humanitarian missions that reach out to residents of besieged areas. So far, the organisation has delivered 200 tonnes of dates, around 2,500 cans of baby milk, more than 2,000 blankets and 3,000 ration baskets to such areas.

To operate efficiently in as many locations possible, the organisation cooperates closely with other associations and local councils.

“Barada has built a strong and positive reputation in Syria as an institute that works hard to bring a sense of normality back into the lives of those devastated by war,” said Abu Ahmad, a member of Maarat al-Numan’s local council.

The 43 year-old highlighted a major Barada aid campaign in Maarat al-Numan to help the close relatives of martyrs and detainees. The campaign distributed clothes, food, blankets and financial aid to families who had lost their main breadwinner.

One beneficiary was 33 year-old Sahar, whose husband has been detained for over two years.

“Barada gave me back my confidence,” the mother-of-two told Damascus Bureau.

“Not only did it offer me aid, it also secured me a job as a teacher at one of its sharia institutes, where I help children memorise the Koran.”

Another Barada scheme has focused on getting flour to local bakeries.

According to Abu Mohammad, who works on this project, so far Barada has provided more than 480 tonnes of wheat flour to devastated areas inside Syria.

“Barada provided many bakeries with large quantities of flour for free, which helped drive down the high prices of wheat flour traders were demanding.

“The flour we receive from the organisation is used to bake bread that is distributed to destitute families for free. Bakers are also allowed to sell some quantities of this flour to the general public at a set price,” the 42 year-old said.

Umm Abed, a widow from Maarat al-Numan, said the scheme had really helped her and her family.

“Not only does Barada provide my orphaned children with financial support, it also supplies us with free bread every day,” the 28 year-old said.

Al-Othman said Barada was also planning future initiatives that included a medical center, an ice factory and a poultry and cattle husbandry project.

“We will continue to support as many destitute, displaced and besieged residents as possible,” said al-Othman.

“We hope that our hard work and efforts will inspire the vulnerable to stay strong and resilient.”