Ex-sec gen says that only firm transatlantic unity can rein in Russia.

Ex-sec gen says that only firm transatlantic unity can rein in Russia. 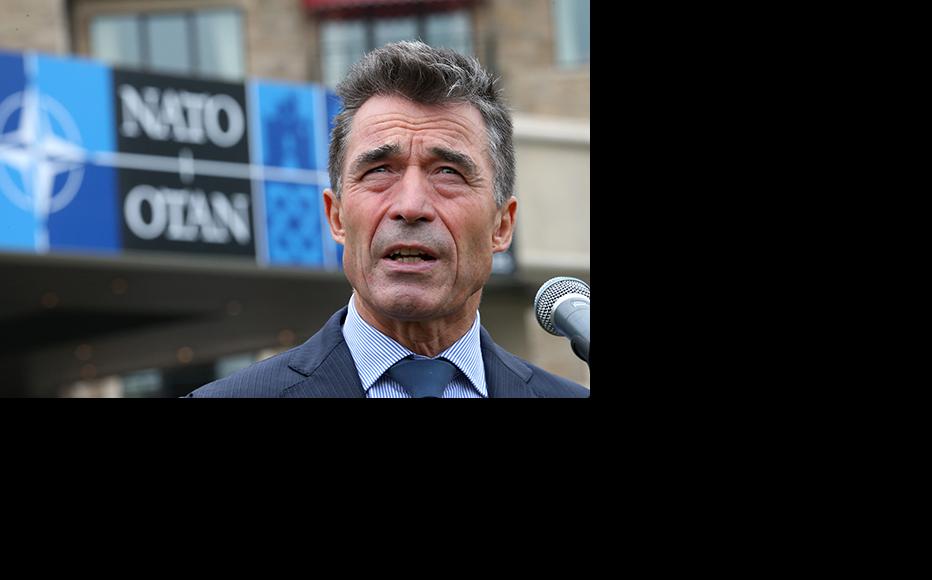 Anders Fogh Rasmussen served as NATO's secretary general between 2009 and 2014, (Photo: Peter Macdiarmid/Getty Images)
The link has been copied

NATO erred in not immediately granting Georgia and Ukraine a Membership Action Plan (MAP) in April 2008, according to the former head of the alliance.

Anders Fogh Rasmussen, who served as secretary general between 2009 and 2014, told IWPR that this failure had sent “the wrong signal” to Russian President Vladimir Putin and may have contributed to the decision to attack Georgia in August of the same year.

It had since become clear, Rasmussen continued, that Putin would see any concessions as weakness, which meant Russia had become a “strategic adversary” rather than a partner.

IWPR: Looking back at your legacy with NATO in relation to Eastern Partnership countries, do you perhaps see something that could have been done better? As melodramatic as it might sound, were there any mistakes? Any regrets?

Rasmussen: In general, I think we did the right things. We took the opportunity after the collapse of communism and the fall of the Berlin Wall, we seized this opportunity to try to include our Eastern partners both in EU and NATO; that was the right thing to do and we enlarged both NATO and the European Union. Then in 2008, at the NATO summit in Bucharest, we also decided that Georgia and Ukraine will become members of NATO. I think that was also the right thing to do. Personally, I was in favour of granting a membership action plan to Georgia and Ukraine then and there.  I think we should have done that and by not doing that, we've sent a wrong signal to Putin when we refrained from giving a membership action plan. He thought now he could act aggressively and he did so in the same year; in August 2008 he attacked Georgia. So, in retrospect, I think we should have pursued that path to give a membership action plan to both Georgia and Ukraine. That wouldn't [have been] a guarantee of membership but it would have sent a powerful signal.

That is in sharp contrast with what your predecessor, Jaap De Hoop Scheffer, thinks because he recently gave an interview where he said that NATO crossed a red line in relation to Russia in Bucharest, and that Putin's reaction was understandable.

To be honest, I haven't seen that. I am not aware of these comments. What I believe is that we should base our policies on the fundamental principle that each and every nation, including Georgia and Ukraine, have an inherent right to decide their alliance and affiliation themselves on a sovereign basis and that's why we had to just live up to the ambitions of Georgia and Ukraine at that time. They requested the membership action plan and they got a NATO-Georgia commission, we have a NATO-Ukraine commission; so it's according to their request and I think we should respect that fundamental principle. It's not for Moscow to decide, it’s not for Brussels to decide; it’s for Tbilisi and Kiev to decide.

For more than a decade now, Georgia has been trying to step through the proverbial open door to NATO. Has it perhaps turned into a glass door instead?

I don't know, but I think if Georgia and Ukraine clearly want to become members of NATO and the European Union we should allow that process to start, we shouldn't be saying no. Whether they will fulfill the necessary criteria remains to be seen, and at the end of the day, it’s of course a common decision, but I don't think in advance we should say, ‘No way, you will stay alliance-free or as a neutral space between Russia and NATO.’ We cannot accept that approach.

Speaking of which, what do you think about theories resurfacing now that Georgia and Ukraine should become neutral or non-aligned states. Could that be considered a viable solution to our problems?

I think that too is for Georgia and Ukraine to decide. So if Georgia decides to apply for membership or to work towards membership of NATO, then NATO should allow that process. And of course it's not only Georgia who can decide at the end of day whether Georgia can become a member, and we have very clear criteria in the NATO treaty: we say membership should be open to all European countries that live up to democratic standards and can contribute to the improvement of euro-Atlantic security. Georgia at this stage has fulfilled two of the three criteria, the third is whether Georgia will contribute to an improvement of overall security, that's of course a discussion which also relates to the destiny of Abkhazia and Ossetia. But again that issue should be solved in the dialogue between Georgia and NATO, it's not for Moscow to decide.

Has it ever been brought up by Georgian officials, proposals along the lines of ‘we are ready to give up those two if you allow us into NATO the day after’?

I'm not going to comment on internal discussions with the Georgian authorities. It's for Georgia to decide whether that might be a solution. There will be no pressure from our side concerning the two regions. From an international law perspective they are still part of Georgia.

I remember in 2009 you were very optimistic about recharging the relationship with Russia. Whatever happened to those plans?

We thought that we could turn Russia into what we call a strategic partner, and you might recall we had a NATO-Russia summit back in 2010 in which we decided to develop a strategic partnership. But today we have to realize that Russia is not a strategic partner it is a strategic adversary. It's as simple as that, so we have to adapt to it. I'm not that optimistic anymore but based on my knowledge about President Putin’s psychology, I see the only way to get him to understand that he needs to engage constructively, in a cooperative spirit, is to maintain a very firm stance and transatlantic unity because as much as he wants to cultivate the image of himself as a strongman, he respects other strongmen. That's why we should act and not give concessions because he will consider any concession [to be] a weakness.

Could NATO and the West have done more in this regard? Had you imposed sanctions on Russia back in 2008, for example, maybe that would have reined them in? Let me bring up just one example out of many: Russia pulled out of the International Criminal Court investigation into the 2008 war, and did so without any repercussions whatsoever.

Well, today we have seen that they repeat itself - I mean what they've done, their bad behaviour in Ukraine. Seen retrospectively, you might argue that had we known that we might have reacted more harshly, more resolutely, already in 2008 but we decided to give it a chance once again after 2008. I still remember when I took office one of my three main priorities was to develop this stronger partnership with Russia. So we thought it was possible but Ukraine showed it's not possible. And finally, let me tell you this - very recently I went through my notes from the 2008 summit. Well, I saw in my notes that Putin made statements regarding Crimea that are very similar to what he later did publicly. So had we known that and had we taken him seriously, surely we might have reacted differently but still I would argue we did the right thing - we gave them a chance.

Giving Voice, Driving Change - from the Borderland to the Steppes
Georgia, Ukraine
Diplomacy, Rule of Law
Connect with us