Measures taken by king helping manage discontent – but he has to do much more if he wants monarchy to survive.

Measures taken by king helping manage discontent – but he has to do much more if he wants monarchy to survive. 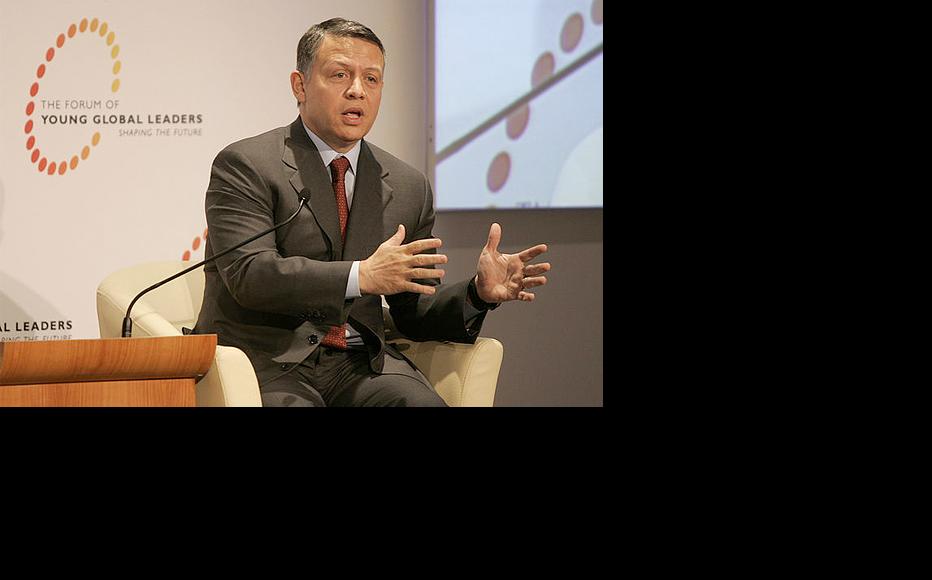 Only a handful of activist have demanded the overthrow of King Abdullah II and the Hashemite monarchy. (Photo: Nader Daoud/World Economic Forum)
The link has been copied

Jordan is in a unique situation, thanks to its mish-mash of ethnicities, and this helps whoever is in power to divide and rule.

Although we have had over 150 protests across Jordan since before the fall of the Tunisian regime, all demanding accountability, better living conditions, and end to corruption and wider political reform, nobody has called for regime change.

No one wants to get rid of the Hashemites because they are the only unifying factor for all the different elements in this country. Only a handful of activists have demanded regime change and they were silenced by the majority. If the Hashemites are toppled, there will be no Jordan as we know it today; it will disintegrate into internal conflicts and civil war.

Nonetheless, I, like many Jordanians, would like to see an end to corruption. I would like to see the patriarchal tribal-based system replaced by accountable governance and a parliament fairly elected by the people, able to influence the formation of governments. I also want to see a system based on meritocracy, equal rights for all Jordanians, judicial independence and a free media.

Over the last ten years, corruption has become the number one problem for Jordanians, shaking public confidence in state institutions and the regime. It is perceived as being sanctioned by the highest levels of government, and many of the king’s royal initiatives to improve the lot of Jordanians and to open up the economy to foreign investors have been tainted by charges of graft.

Today, Jordanians want to see the corrupt officials put on trial and some are even demanding that the palace returns over 2,000 hectares of state land that have been placed in the name of the royal court over the past few years. Most officials around the king have been accused of corruption, dishonesty and of running Jordan like a private company. The last two parliamentary elections have been rigged, and most governments have stayed in place just over a year.

King Abdullah II’s reaction to the protests - which started even before those in Tunisia – has helped calm tension. But many Jordanians would like to see him set out the reform process more clearly, with the final outcome being a constitutional monarchy in line with the 1952 constitution that has seen over 27 amendments in favour of the government.

After the start of the unrest, the king sacked the prime minister who was viewed as part of the system of corrupt officials. He ordered certain taxes to be abolished, reduced some basic food prices and gave civil servants a pay rise. He has called for party political and parliamentary election reform and has shown openness to constitutional reforms that give parliament a wider political role.

A committee led by pro-reform Senate speaker Taher Masri, a well respected Jordanian of Palestinian origin, is studying political reform and should come out with its recommendations by the end of May.

To ensure long-term stability and security, the king has to sacrifice some of close allies that are seen as corrupt, introduce more democratic laws and more meritocracy.

As a man who built his career in the army and is not a naturally born democrat, he will be unlikely do that voluntarily, so might have to be pushed a little to share some of his wide-ranging powers.

But the regime is not the enemy of the people; it doesn’t have blood on its hands; it didn’t arrive here in military tanks. There is respect and affection for the royal family.

Jordan has many advantages; a highly-educated and a small population - some six million compared to over 80 million in Egypt. A little economic investment could have a transformative impact. But this won’t be possible without fighting corruption and providing foreign investors with guarantees that the courts will protect their rights.

While I don’t rule out the possibility of more protests, and stepped up calls for trying corrupt officials, the regime and the people have to find a middle ground. The king has to foster national consensus to push forward his vision for modernisation, stalled since 2005.

I am in no way an opponent of the state. But I want a reformed regime. If the monarchy fell, I would be among the first to leave Jordan. This is a historic moment for the king to show leadership and to promote wide-ranging reforms.

In today's combustive regional situation, further measures are required to ensure the Hashemites survive. Jordan has all the right ingredients to be a beacon for reform in the changing Middle East.

Rana Sabbagh is a veteran Jordanian columnist and journalist.

The Arab Spring
Jordan
Protests
Connect with us