President Museveni has yet to show how far he will go to quell grassroots protests.

President Museveni has yet to show how far he will go to quell grassroots protests. 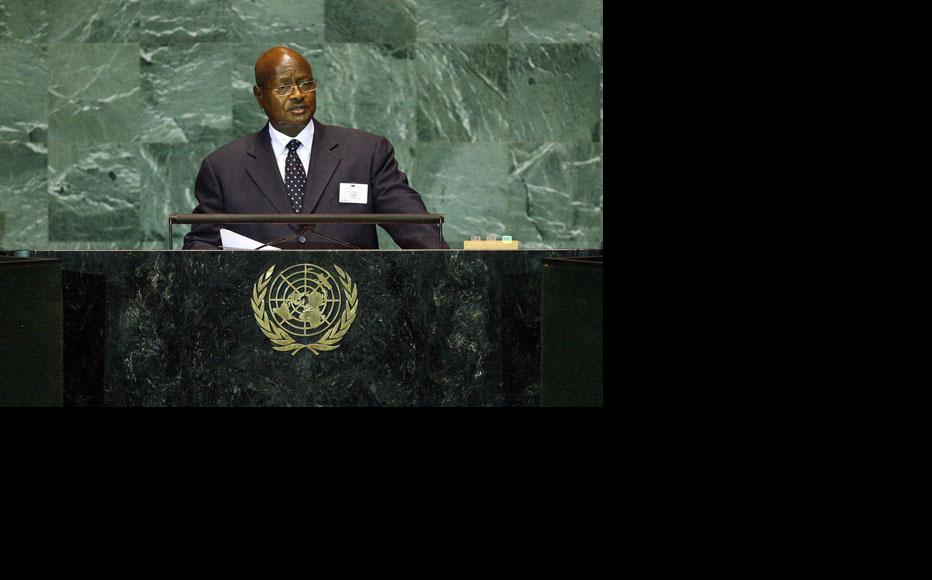 The Ugandan government’s violent crackdown on protestors has made the headlines in recent weeks, but has merely exposed an authoritarian streak that was always there.

While President Yoweri Museveni has been single-minded about stamping out the street protests, the opposition has shown less resolve in trying to capitalise on popular discontentment.

Some observers have interpreted the government’s harsh treatment of demonstrators as a new development – a reaction to popular uprisings across North Africa and the Middle East – but according to David Anderson, professor of African politics at Oxford University, there is in fact nothing novel about it.

“[Museveni’s] reaction now is much the same as before, but perhaps on this occasion the world is looking at it in a different way, seeing parallels with the ‘Arab spring’ and being concerned about the tendency to excessive repression,” Anderson told IWPR. “Museveni has been repressive before. We in the West have in the past simply looked the other way.”

Buoyed up by his landslide re-election in February, Museveni appeared undeterred by international criticism as he unleashed the police and military on demonstrations over the rising cost of living from April onwards.

Since early April, a series of protests have taken place in the capital Kampala by people angered at rocketing food and fuel prices. Protest actions have taken a range of forms including a mass “walk to work” and most recently a call on drivers to honk their car horns simultaneously. At least nine people have died in violent encounters between the security forces and demonstrators.

“The protests are an ugly truth for the government,” Nicholas Opiyo, a human rights lawyer in Kampala, said. “Museveni is completely ignoring the needs of the country. In remote areas, like Kyambogo, there are already food shortages and the United Nations World Food Programme is involved.”

Given that Museveni was awarded an overwhelming 70 per cent of the vote when the election results came out, his response to the protests seems at first sight to be an overreaction. Despite claims of widespread ballot-rigging in the election, he still has many supporters.

Since he was first elected in 1986, Museveni is credited with restoring stability to a country that suffered years of misrule under his predecessors Milton Obote and Idi Amin, and with driving out the Lord’s Resistance Army, a brutal rebel force which fought a 20-year insurgency in the north.

“He still retains a large body of support, and for very good reasons,” Anderson said. “Museveni has brought peace and stability to Uganda, and for that the majority is grateful. His authoritarian style of leadership is not unpopular with everyone, and his strength is seen by many as being rooted in his determination to have it his own way.”

The violence deployed to quash protests suggests that the president is determined to counter any challenge to his continued rule.

“Ugandans now worry that Museveni may suffer from one of the key problems of so many other African leaders – an unwillingness to give up power when his time has come,” Anderson said. “It would be a pity if all of the good things Museveni has achieved should be tarnished by his stubbornness, but it begins to look as if this is precisely what will happen.”

Professor Anderson would like to see Museveni tackling his country’s economic woes head on, and talking to his opponents to ensure stability is maintained.

While Ugandan leaders blame the international economic situation, some analysts say the government is also at fault for lavish spending on new fighter jets and on creating 14 new administrative districts. As a result, there is little money in its coffers that could be used to ease the economic pain the demonstrators are expressing.

Lise Rakner, an Africa expert with the Michelen Institute in Norway, says that quarter of a century after Museveni came to power, his focus on security as an achievement is beginning to pall.

“After 26 years, you’d think if you had ensured security, [you] could go on and actually do something for your people,” she said. “But it is still the only promise that he has.”.

Anderson added that “while this line of argument played very well in 1986, it has come to seem less convincing as time goes by. With serious opposition now emerging in Uganda, Museveni is under growing pressure to liberalise the political sphere. However, he is deeply reluctant to do so. This is at the heart of his present problems.”

Initial comparisons with Middle Eastern revolutions have begun to fade. While the capital Kampala has witnessed large demonstrations, the pattern has not been repeated across most of the country.

Sabiti Makara, a lecturer in political science at Kampala’s Makerere University, points up the fundamental differences between many Middle Eastern states and Uganda.

“Uganda is largely a peasant society. Peasants are not easy to mobilise. They are separate from mainstream society, not urbanised like in North Africa and the Middle East,” he said.

Most Ugandans do not have access to the internet, so there is little role for the social networking sites helped launch and coordinate protests in countries like Egypt.

Nor have opposition parties managed to play a coordinating role and offer a channel for popular anger.

Although they had their own plans to stage protest actions following the presidential election, it was not these parties that started the “walk-to-work” demonstrations.

If Kizza Besigye of the Forum for Democratic Change became the visible face of the protests, it seems to have been through fortunate timing, rather than careful planning..

“This [protest] is not really driven by the political parties at all,” Rakner said. “It is not very easy for the opposition to capitalise on this social unrest. If you look at their [election] campaign strategy, they didn’t really have a lot to say on food prices and fuel prices. They don’t really have policies directed at the urban poor, for instance…. It is not easy for the opposition parties to capitalise on it, which says a lot about party politics and a lot about the weakness of the sort of formal democracy in Uganda.”

Makara argues that the opposition does have some clear policies – for example, to create slimmer, more efficient government.

Their problem, he says, is that they are denied the space they would need to mobilise support.

“Whenever they stay and organise a rally, it is dispersed by the government forces, so what we do we expect the opposition to do?” he asked.

Analysts are divided on where things go from here – whether Museveni will continue the crackdown regardless, or whether he will make enough concessions to calm the public mood.

Concerns over his government’s actions have prompted some donors to withdraw aid from Uganda, which has long been favoured by the West.

“Museveni has for a long time been a darling of the western donors, and they have for too long ignored the negative aspects of his authoritarian rule,” Professor Anderson said. “Maybe now they will take a more balanced view of Uganda’s recent progress under Museveni, and realise that it is time to engage with more rapid political and economic reform.”

At the same time, Rakner argues that “there is absolutely no one in the international community who would like Museveni to have lost these elections, because of the instability that it would create, and because the alternative is so unclear.”

Museveni’s threat to impose a law denying bail to arrested protesters bail for six months suggests to some that he will opt for more repression. In a media statement on May 17, he described the “walk to work” protest as a “treacherous” move by opposition figures with a “hidden agenda".

But Mwambutsya Ndebesa, a political commentator in Kampala, sees hints that the president is nevertheless prepared for compromise, as long as he does not lose face.

“The president, to a certain extent, is a pragmatist. Although he doesn’t admit defeat, you can see him now softening,” Ndebesa said. “For the first time, he is talking about dialogue, meaning that he might be listening but he does not want to publicly admit he has taken truth from what the opposition is demanding.”

Failure to pay heed to the clamour of voices calling for change would be disastrous, Ndebesa said, adding the warning, “If the government does not listen and give more space to debate, then [Uganda] can easily degenerate into a failed state.”

Katharine Helmore has completed an internship with IWPR in London. Simon Jennings is an IWPR reporter in The Hague.