Dushanbe wants to boost its defence forces, but people simply don’t want to join up.

Dushanbe wants to boost its defence forces, but people simply don’t want to join up. 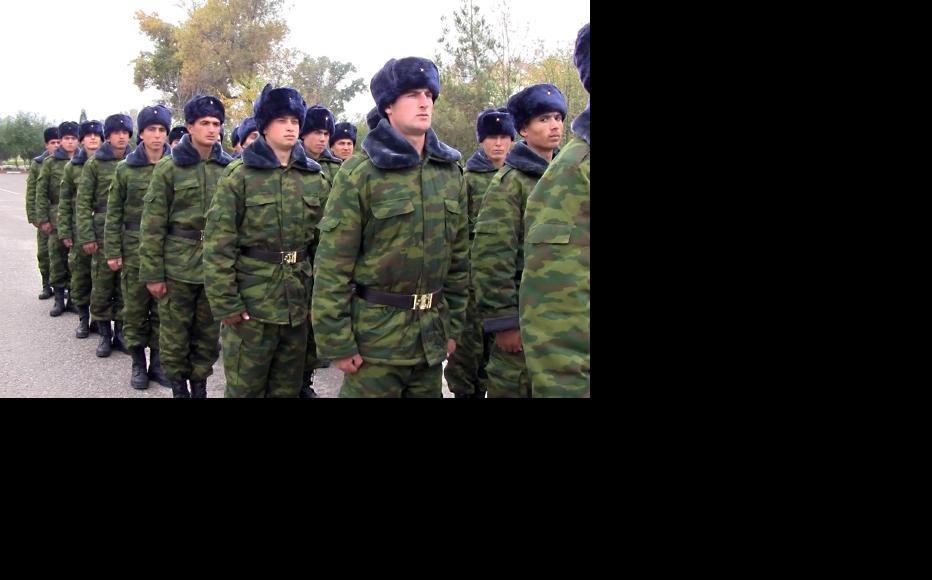 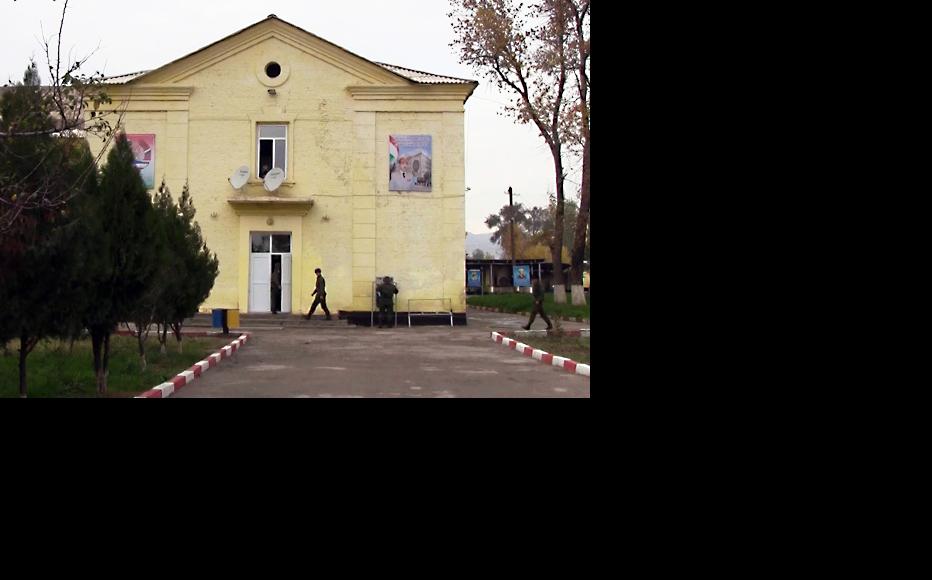 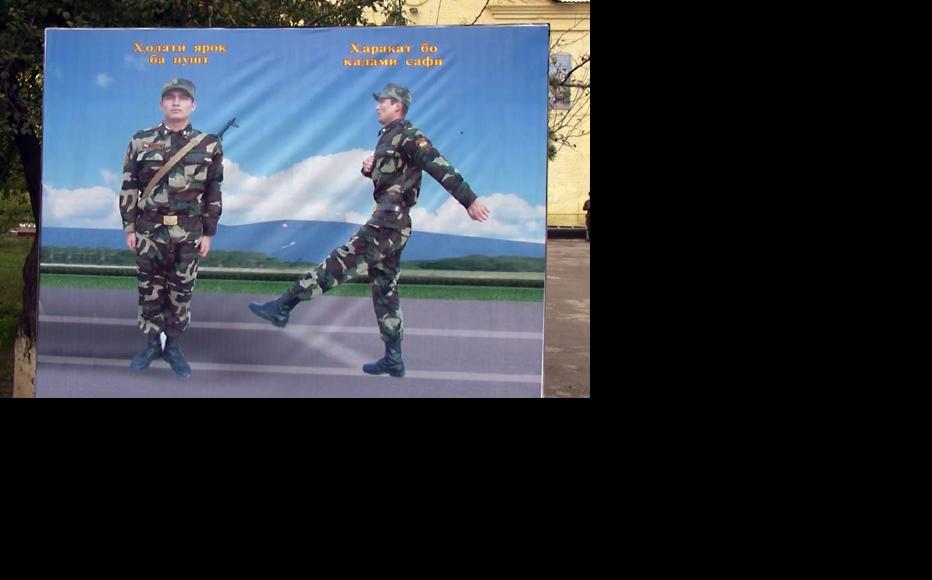 Maryam is desperately worried about the eldest of her three sons, who has just turned 18.

“My son recently graduated from high school, and I’m afraid he will be drafted into the army. They say that young guys are beaten there by the older and stronger ones,” said Maryam (not her real name).

“If he does not enroll in a university, he will be taken to the army. I do not want to send him to [work in] Russia either, it is dangerous there. And the army is dangerous… I just don’t know what to do.”

According to Tajik law, every adult male citizen of Tajikistan must serve 12 to 24 months in the army. University students are allowed to defer and graduates also only have to serve for one year.

However, most young men do their best to avoid military service completely.

This is proving concerning for defence officials who want to boost the country’s forces in the face of growing regional threats.

Conscription campaigns take place twice a year, in the spring and in the autumn. That is the cue for thousands of young Tajiks to leave the country to find work abroad, sign up to further education courses so as to avoid the draft or to simply start moving from one district to another.

Human rights groups have long protested the Tajik army’s practice of recruiting soldiers through roundups, commonly referred to as oblava across the post-Soviet space.

Dilrabo Samadova heads the Office for Civil Liberties, a Tajik NGO that focuses on the rights of members of the armed forces.

She told IWPR young Tajiks were forcefully enlisted each year through illegal methods.

However, Tajik defence ministry spokesman Fariddun Mahmadaliev said that his office had received no complaints connected to the spring 2016 enlistment, which took place from April 1 to May 30 and was successfully completed ahead of schedule.

The Tajik law on military service entitles recruiters to search for and detain people eligible for service.

However, the law clearly states that these actions should be taken within the limits of jurisdiction, and President Emomali Rahmon has himself criticised such roundups.

The Tajik army has struggled in the past to source enough recruits, especially in certain parts of the country. Young people are extremely reluctant to serve, given grim conditions and allegations of widespread bullying.

“Young people do not want to serve because they are afraid of cold, hunger and other problems that occur [during military service]. There is bullying which includes cases of beatings of soldiers even with fatal consequences,” Samadova said.

Younger soldiers are routinely humiliated and tortured by officers and senior soldiers in a common rite-of-passage known locally as dedovshina.

(See Tajik Army Urged to Tackle Bullying and Fighting Against Torture in Tajikistan).

“Every region and city must carry out their own plan [for each conscription campaign]. Not wanting to join the military, the majority of young people end up leaving the country as labour migrants, while some others hide at their relatives’ homes. For this reason, military commissioners use roundups to conscript citizens into the army,” Samadova said.

In recent years Tajik military officials have resorted to seizing young men on the streets and forcing them to enlist immediately.

One such case ended in a fatality, after 19-year-old Qiyomuddin Sharifov jumped into the Vakhsh river last April as he ran away from military personel chasing him in Rogun city, 75 kilometres east of Dushanbe.

His body was never found and a criminal investigation is ongoing.

“Every year [some] people do report to the military commissariat to enlist voluntarily in about first five days of the military call-ups,” Samadova told IWPR.

“But afterwards young men are brought in by force with the help of roundups.”

Young men who appear eligible for military service are stopped on the streets, at markets, as they wait at bus stops, or even in their own houses. Military recruiters usually work side by side with the police.

Dushanbe resident Nigora (not her real name) told IWPR how her son had been seized as he travelled on public transport.

“My 20-year-old son is a university student,” she said. “Once, he got pulled in during a roundup, when he was taking a bus from home to university. Despite him telling the officials he had a student card and an army deferral, they didn’t listen to him. He was taken to a collection point where there were many other young men,” Kayumova said.

After he managed to phone her, Nigora came to rescue her son.

“I had to use my connections as well as pay to get my son out,” she said.  “I heard some families sell their cars or livestock to bribe their way out of the army.”

The Tajik military has been under particular pressure due to the increasingly perilous security situation on its long, porous and mostly mountainous border with Afghanistan.

(See For Tajikistan, Kunduz Battles Too Close For Comfort).

The Tajik National Security Committee said in March that at least 5,000 armed militants were operating in northern Afghan provinces close to the Tajik border.

The Global Firepower (GFP) Index, which ranks the world’s military, estimated that the Tajik army’s had a permanent staff of 6,000 people at the end of 2015, with the potential to mobilise three million out of the country’s population of eight million.

In March 2016, Tajik president Emomali Rahmon’s announced he would be increasing the army’s permanent personnel to as many as 20,000 people, although it remains unclear when this decision might be enacted.

Training has certainly been stepped up, with two major exercises in as many months.

A joint Tajik-Russian army exercise in March was followed by an April training in which  defence intelligence units from members of the Collective Security Treaty Organisation (CSTO), a Moscow-backed regional security alliance, carried out maneuvers at the Lyaur and Magob bases near Dushanbe.

The poorest country in Central Asia, Tajikistan’s annual defence budget is 75 million US dollars, while the country’s international debt is over 2 billion dollars.

Its 2015 GFP ranking was 81 out of 126 countries, below its regional counterparts Uzbekistan, Kazakstan and Kyrgyzstan.

Qosimsho Iskandarov, conflict studies expert at Tajikistan’s Institute of Oriental Studies, said that Tajikistan could count on its fellow CSTO members as well as on Russia itself.

However, he stressed that Tajikistan definitely needed to increase its own defence capacity.

“What’s happening in neighbouring Afghanistan… is not only ours, but the whole world's concern. Our country is right at the forefront – our border with Afghanistan is the longest [among Central Asian states], it’s more than 1,300 kilometres,” Iskandarov said.

Samadova suggested that more young men could be motivated to join up if terms were all shortened to 12 months, and older and younger recruits no longer served together. This might also help counter bullying.

However Mahdi Sobir, a Tajik military expert from the Centre for Strategic Studies think tank, said that a professional standing army should replace conscription.

“The Tajik army requires voluntary recruitment. Young men have no jobs. They would be keen to work for the army, if they were paid for it,” he said. “The army would be stronger, and it wouldn’t make sense to catch anyone [on the streets] then.”

Tajikistan
Army
Connect with us