Activists date emergence of widespread problems to the conflict of the early 1990s.

Activists date emergence of widespread problems to the conflict of the early 1990s. 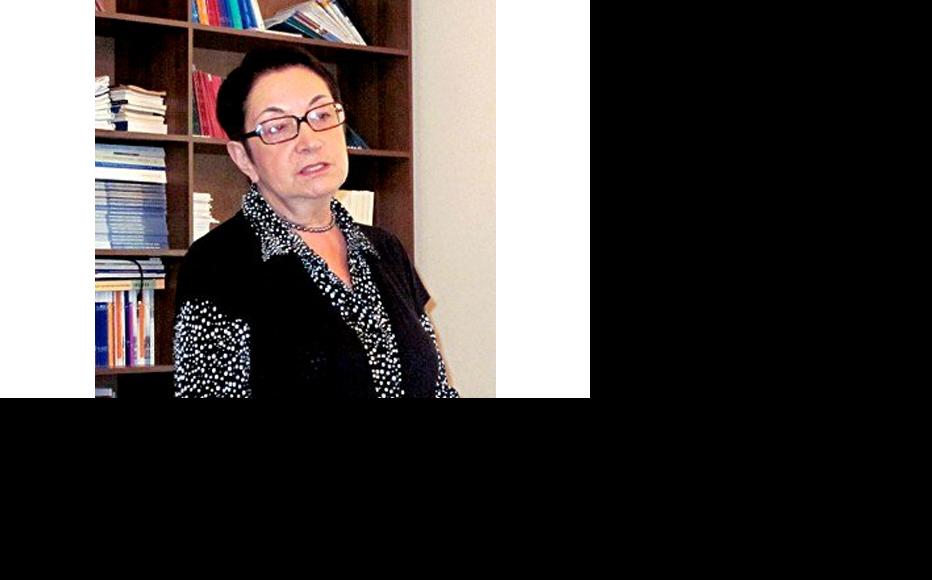 Natella Akaba, head of the Association of Women of Abkhazia. (Photo: Anaid Gogoryan)
The link has been copied

Abkhazia’s leading women’s rights organisation has drawn up a bill designed to combat domestic violence, reflecting a new determination to tackle what has previously been a taboo subject.

A bill initiated by the Association of Abkhazian Women would protect wives and children from violent family members, give police substantial powers to intervene in the family, introduce restraining orders, and provide refuges where victims could seek shelter and counselling.
The association’s head Natella Akaba says President Alexander Ankvab has “promised to help” with getting the law through.

Rights activists say domestic violence became more widespread in Abkhazia after the 1992-94 war against Georgia, compounded by the decade of economic depression that followed.

Larisa Smyr, a lawyer with the Association of Women, says one effect of the trauma of conflict was that men “lost face”, and another was that women were “left unprotected when they lost brothers or fathers”.

Ludmila Jinjal, a colleague of Smyr’s at the association, said, “The whole situation changed people inside, psychologically, and men started to display more aggression. Where could they vent it? In the family.”

“Of course, the men themselves suffer as a result, as well as women and children. It is alarming to think that today’s children might carry this pattern of behaviour into their own families,” she added.

Jinjal said the association convened focus groups in 2007 and 2012, consisting of professionals with experience of combating domestic violence – judges, doctors, lawyers, police officers – and “we came to the conclusion this was all part of a postwar situation”.

Venera, 60, was widowed during the Abkhaz-Georgian conflict, but later married again, to a man who turned out to be abusive.

“He used to beat me and swear at me, but I endured it. I thought, I’m married, my son is grown-up, I just need to put up with it. So I did,” Venera said. “Where could I have gone? I didn’t tell anyone.”

She said her husband was especially prone to violence if he came home drunk. On one occasion, he beat her for not working, when she had already been up all night ferrying mandarin oranges across the border into Russia.

“I ended up in hospital,” she said. “No one helped me. The police said they couldn’t do anything, and I should go to court. But I would have needed money to pay a lawyer. Even if I had gone to court, I wouldn’t have won, because he was well-known, he had brothers, and I had nothing. I was like a cleaning lady, a serf.”

Eventually, the husband threw Venera out of the house, leaving her literally on the street. He had earlier forced her to sell the apartment she had been given as a war widow.

Natella Akaba, head of the Association of Abkhazian Women, said it was cases like Venera’s that persuaded her and her colleagues that a new law was needed.

Said Gezerdava, who helped the association draft a framework for the legislation, said the laws currently used to prosecute domestic abuse were just not robust enough.

“This is a much more focused concept, containing many guarantees for the victim which currently don’t exist,” he said. “It isn’t finished yet – it will be a lengthy process. We are hoping the interior ministry and the prosecutors’ office will add their own comments.”

Jemal Gogua, who heads the prosecution service’s investigations department, said separate statistics were not maintained on domestic violence, although it counted as a crime. Prosecutors generally dealt with assault a cases involving serious injury.

Gogua said prosecutors would back the bill.

“Violence is occurring, and a law is needed to put a stop to it, legislating on all matters relating to domestic violence,” he said.

Although other institutions like the interior ministry have also been supportive, Leonid Chamagua, head of parliament’s social policy committee, suggested that societal pressure might be as important as legislation.

“If someone is aware he is violating social conventions and the whole of society makes sure he knows it, then he won’t want to do it,” Chamagua said.

Akaba agreed that raising awareness of domestic abuse was important. “Public opinion is very important in Abkhazia, and we need to make use of it,”

Venera, meanwhile, had her own message to offer women, based on her experiences.

“Girls, don’t get it wrong – don’t put up with anything,” she said. “I want children to hear this, and old men to hear it. You mustn’t just put up with it. If he hits you once, he’ll hit you a million times.”

Anaid Gogoryan is a reporter with the Chegemskaya Pravda newspaper in Abkhazia.

Abkhazia
Women's rights
Connect with us