The latest clash between protesters resisting attempts to demolish their homes ended in something like a draw, but the underlying mood is ugly. 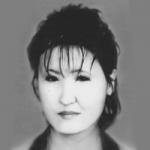 The latest clash between protesters resisting attempts to demolish their homes ended in something like a draw, but the underlying mood is ugly.

A conflict over a land clearance programme in Kazakstan’s second city Almaty appears to be escalating, with police arresting and interrogating residents in the wake of the latest and most violent street clashes.

The dispute centres on outlying districts such as Shanyrak and Bakai, which the city authorities say are illegal shantytowns that must be torn down to make way for new urban development schemes.

The residents are refusing to be evicted, arguing that they deserve to be granted legal rights to land that they have occupied for years. In recent months, they have mounted stiff resistance every time the police arrive with demolition squads, so that on each occasion the latter have retreated after destroying only a few homes.

In the latest confrontation, which happened in Shanyrak on July 14, local protesters captured three riot policemen, one of whom was badly burned by a Molotov cocktail.

All three were later released, and city police chief Major-General Moldiyar Orazaliev pledged that his officers would not attempt to re-enter Shanyrak until a new court order was issued.

Although there is in theory an informal truce between residents and the city authorities, the violence of the latest incident has increased the sense of hostility on both.

Locals say the police are retaliating by picking people off the street apparently at random and subjecting them to hours of interrogation.

According to Ainur Kurmanov, head of the Socialist Resistance movement which has been backing the protests, said about 20 young men had been detained as of July 19 on suspicion of taking part in the protests.

Almaty’s deputy prosecutor Vasily Oleinik reported that a criminal file had been opened on the case, under legislation that bans disturbances accompanied by violence or resistance to the authorities.

“The organisers, perpetrators and active participants in these disturbances will face criminal charges,” pledged deputy city police chief Viktor Bugaev. “We have recorded everything on video from different angles, and now this will be analysed and an investigation held.”

Kurmanov believes things may have reached the point of no return.

“It’s clear that a turning point has been reached in the minds of large numbers of these suburban residents, and that the conflict will intensify and widen to encompass an increasing number of participants,” he said.

“The [mental] barrier created by fear of the police and the special [riot] division has gone, and hatred of the city authorities is now so great that people are prepared to resort to brutal actions…. The components of a civil war or uprising are plain for all to see.”

Andrei Grishin of the Kazakstan International Bureau for Human Rights and Rule of Law says the authorities in Almaty are at fault for allowing things to get so bad.

“The blame for everything that’s happened rests entirely with the city authorities. It wouldn’t have been difficult to fix the situation two years ago, when all this began, but as usual they decided to use coercive methods, and now they’ve got what they wanted,” he said.

After the latest battle, Grishin believes the authorities are looking for someone to blame. “They need scapegoats, as it’s impossible to find the real perpetrators, most of whom were wearing masks. It will be most convenient for them to pick out individuals who have long been more active than the rest, and public figures who are always visible.

“A show trial will be held so as to render an account to the akim [city mayor] and the president - things have never been done any other way here.”

Political analyst Andrei Chebotarev told IWPR that the authorities may fear that major opposition parties such as For a Fair Kazakstan, Nagyz Ak Zhol and Alga may start playing a more active role in the shantytown protests, using them as a campaign issue.

“The authorities are thus trying to stop residents of these districts from moving closer to the [government’s] opponents,” he said.

According to Chebotarev, Almaty city mayor Imangali Tasmagambetov will also be keeping an eye on his own position as he decides what to do next. On the one hand, he might benefit by showing the Kazak government how tough he is when it comes to dealing with unrest; but on the other, he would be unwise to let matters escalate further because, says Chebotarev, “that might be used by his rivals within the ruling elite, who could call for his resignation for failing to deal with the situation”.

Sabit Jusupov, head of the Institute for Socioeconomic Research and Forecasting, pointed out that the dispute over areas such as Shanyrak could be addressed fairly simply since the government is planning a “property amnesty” law that would allow people to legalise homes they have built without permission.

“The official rhetoric surrounding this law has focused attention on its stated aim of helping ordinary people,” said Jusupov. “However, the Almaty experience indicates that the local authorities have a selective approach towards different categories of people”.

Residents of Shanyrak and other “illegal settlements” are now awaiting the authorities’ next move, and their spokesmen are in defiant mood.

A statement issued by opposition youth activists on July 19 spoke of “the blood spilled and tears shed by people humiliated and oppressed by corrupt officials and big business”, and called for an “escalation in the battle by all people of goodwill to protect the residents of Almaty’s suburban districts and oppose the authorities”.

Gaziza Baituova is an IWPR contributor in Taraz.
Connect with us