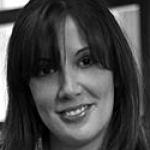 There was criticism this week over the warm welcome extended to convicted war criminal Biljana Plavsic on her return to Belgrade following her early release from a Swedish prison.

The former president of Republika Srpska, RS, turned herself into the Hague in 2001, charged with complicity in genocide, war crimes and crimes against humanity. She subsequently pleaded guilty to one count of persecution and in return all other charges against her, including genocide, were dropped.

The 79-year-old served two-thirds of her 11-year sentence before being granted an early release under Swedish law.

This week, she flew into Belgrade on a private RS government plane, and was greeted at the airport by the Bosnian Serb prime minister Milorad Dodik himself.

Local reporters flocked around her to ask her how it felt to be home after so many years.

Plavsic, wearing red lipstick and a long fur coat, said tearfully that she was eager to go to Banja Luka “to see all my friends there”.

Dodik said he had personally decided to send a private plane for Plavsic and welcome her at the Belgrade airport, as this was his “moral and human obligation”.

"According to all laws, Mrs Biljana Plavsic is now a free woman. Her sentence was unjust, and is not important anymore. She needs to forget about all that as soon as possible," Dodik told the press.

But the treatment Plavsic received from Dodik upon her release sparked angry reactions among some observers.

“The fact that the prime minister of Republika Srpska decided to greet Biljana Plavsic in Belgrade is the worst possible message Bosnian citizens could get,” said Mirsad Tokaca, director of the Sarajevo-based Research and Documentation Centre.

He added that it was “disastrous” that politicians in Bosnia used trials and judgements handed down by the Hague tribunal for political purposes, and treated former war crimes suspects as heroes - whether they were acquitted or convicted.

“Such acts can only slow down the process of reconciliation in this country,” Tokaca said.

The Humanitarian Law Fund in Belgrade issued a statement on October 30 criticising the Serbian media “for treating Plavsic as a pop star and not a convicted war criminal” in their coverage.

“The reporters wrote about Plavsic’s meeting with her relatives, what she ate, what she drank and which song an accordion player chose for her when he welcomed her in front of her apartment…In their reports, the journalists mostly quoted Plavsic’s friends and supporters, who openly denied her responsibility for war crimes,” the statement reads.

"All this is a result of the fact that Serbia is still in denial,” said Sonja Biserko, president of the Helsinki Committee for Human Rights in Serbia.

"What is important is the fact that Plavsic was convicted of war crimes. People in Serbia have to accept that and act accordingly.”

When Plavsic made her plea agreement, she appeared to be truly remorseful for her acts as a member of the Bosnian Serb leadership during Bosnia’s 1992-95 war, which left 100,000 people dead and 2 million displaced.

However, she later seemed to have changed her mind. In a book, I Testify, which was published while she was in jail, she shifted the blame for the Bosnian war to the ex-Bosnian Serb leader Radovan Karadzic, who is currently on trial for war crimes at The Hague.

She was also one of the key witnesses in the trial of former Bosnian Serb parliamentary speaker, Momčilo Krajišnik, who was sentenced on appeal to 20 years in prison for his role in the war.

Plavsic has decided to live in Belgrade, where she has her own apartment and close relatives. Many people in Serbia see her as a moderate nationalist, putting aside her role in the Bosnian war and her guilty plea before the Hague judges.

Apart from Dodik, no other Belgrade officials welcomed or even commented on Plavsic’s release this week. Serbian officials have every reason to be careful in their contacts with the former RS president, said Rasim Ljajic, president of Serbia’s National Council for Cooperation with The Hague.

Belgrade has already been repeatedly criticised for failing to arrest two remaining war crimes fugitives, Ratko Mladic and Goran Hadzic. This remains the main obstacle for Serbia on its road to EU membership.

"I think there are people from the international community who are monitoring the situation to see how we will accept Biljana Plavsic. If we make the wrong move, this could be seen as evidence that Serbia is supporting persons convicted for war crimes,” said Ljajic.