With families devastated by war, children are forced to become main breadwinners. 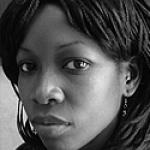 With families devastated by war, children are forced to become main breadwinners.

Struggling to cope with new family responsibilities, many children in northern Uganda, orphaned by war and the scourge of HIV, have been forced to leave school and find casual work in order to provide for younger siblings.

The problem is particularly evident in Gulu, where it is not uncommon to see scores of children doing physical work in the quarries on the outskirts of town or selling food in nearby villages.

Traditionally, the extended family or local community would have stepped in to support a child who had lost his parents.

But the war has had a devastating effect on such previously close ties. Extended family members are no longer able or willing to offer adequate support to young people. In many cases, the local community also turns against orphaned children, regarding them with suspicion and mistrust.

As a result, vulnerable children are often left to fend for themselves, and to look after younger siblings.

In order to take on this responsibility, many are forced to drop out of school or to find casual work, in order to make sure the family has enough to eat.

A lack of available data makes it very difficult to say exactly how many child-headed families exist in northern Uganda, but Ronald Mayanja, a project coordinator for development NGO World Vision, says it is likely to be thousands.

And Alan Denis Orama, who works with the AIDS Support Organisation, TASO, says that as many as 80 per cent of children in this situation have no sustainable income.

“The survival of the family is in the hands of the children, yet they do not have any livelihood skills,” Orama said. “They resort to extreme measures of survival such as stealing, prostitution, early marriages and doing all kinds of odd jobs.”

One 17-year-old boy, who spoke to IWPR on condition of anonymity, said that he has been looking after his three siblings for the past three years, following the death of both his parents from AIDS. He says that he quit school at 14 in order to provide for the family.

“We have no food, no money to pay school fees and no land,” the boy said. “I walk a long way to look for money, I do odd jobs, like cutting grass by the roadside, and people give me some money, but it’s very hard.”

He said that his uncle, who used to be the one helping the family, abandoned them because of poverty.

Acan Elizabeth, 17, was also deserted by her family. She says that, when her parents separated in 2005, neither wanted the responsibility of looking after her or her two siblings, and so they were left to fend for themselves.

Barely out of adolescence, Elizabeth now finds herself the involuntary head of the household, having to take care of her two siblings, Okumu Jonathan, 15, and Oryek Jonah, 12.

“We collect scrap metal and empty mineral water bottles, but we get very little money for this and we often go hungry,” she said. “Typically, we manage to make just 1,500 Ugandan shillings [about 75 US cents] a day.”

Elizabeth says that, far from offering help, the local community often views child-headed households with suspicion, making life even harder for them. She says her family is regularly accused of stealing saucepans to sell for scrap metal.

Adyero Paska, 16, who has been looking after his younger 13-year-old brother for two years, also faces rejection by the community. He claims that his parents were killed by a mob in 2007, who accused them of practicing witchcraft.

“Our relatives don’t want to see us,” he said. “They grabbed my father’s land and now refer to us as ‘lutino pa lajok’ (children of witches). We sleep out in the cold on the verandas and sometimes we have to go hungry.”

Janan Okot, who works for a child-focused NGO in northern Uganda, says that the war has had a devastating effect on traditional family support.

“People don’t live together, people don't trust one another,” she said. “This means keeping the family together is a very big problem indeed. Because of this change in social structure, children can't be looked after very well.”

Mwaka Lutukumoi, a social worker and the spokesperson of the Acholi Cultural Institution, says that efforts to tackle this problem have been inadequate and too slow.

John Okiror, who heads a government unit aimed at providing support for vulnerable children, agrees that more should be done.

“We believe that it is important to support these orphaned children, but the delivery mechanism isn’t always straight,” Okiror said. “The money goes through a lot of channels before it reaches the children themselves, and the administration overheads can be quite high.”

Okiror says that most of the money for helping children in the country comes from development partners, but the money is not earmarked specifically for child-headed households.

“The approach is fairly general,” he said. “The money is pooled and then we encourage support for civil society organisations across the country to apply for funding.”

Okiror agrees that a more focused approach is needed, based on finding a sustainable solution.

“The children need food and shelter, but it is difficult for organisations to keep giving these things to children,” Okiror continued. “The best thing would be for government partners to build vocational schools for these children, so that they can develop skills in order to fend for themselves.”

Jessica Anena, who works at the Probation and Social Welfare Officer in the Gulu district local government, says that the main challenge in implementing a more targeted approach is a lack of data.