Fears that Moscow cannot be trusted as a guarantor of national security.

Fears that Moscow cannot be trusted as a guarantor of national security. 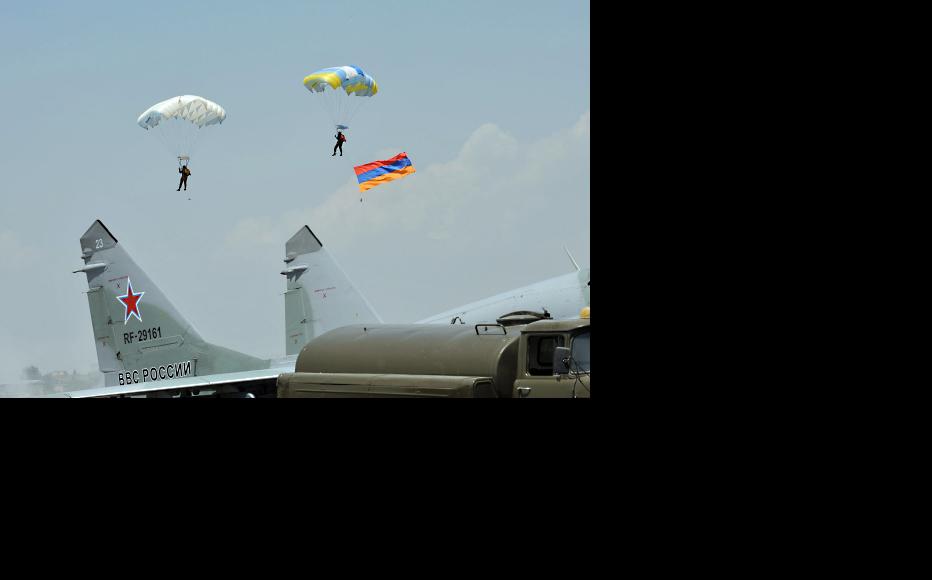 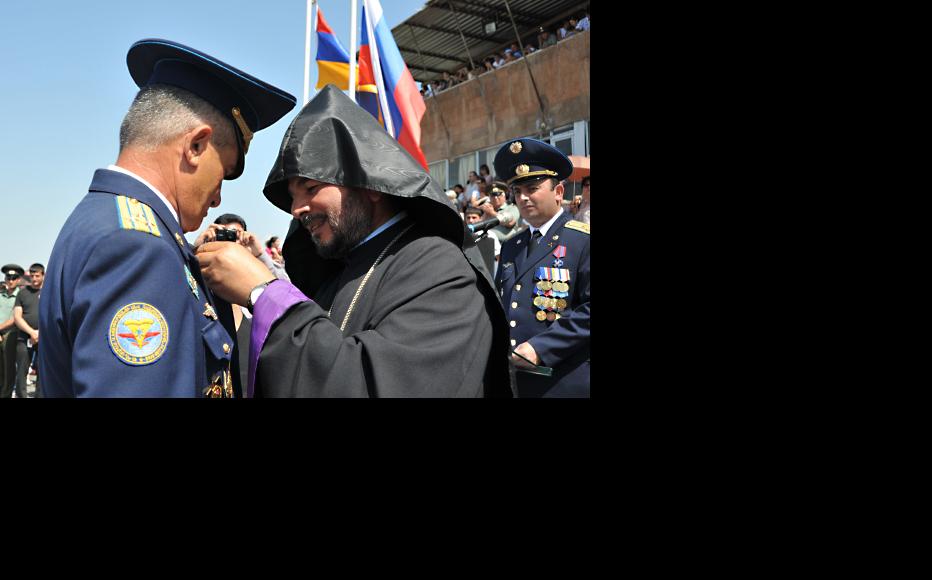 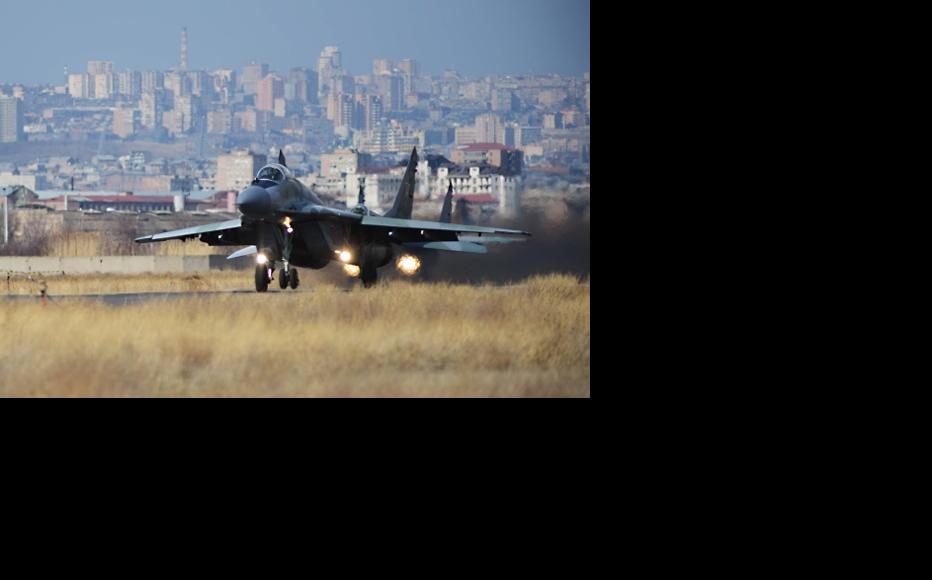 Critics of a proposed shared Armenian-Russian air defence system have continued to warn that Yerevan is risking the country’s sovereignty by pressing forward with the agreement.

The deal passed its latest hurdle when the standing commission on foreign relations of Armenia´s parliament approved it on June 3.

Armenia’s parliament will now discuss the comprehensive agreement in September when it convenes after the summer recess.

Opponents of the deal claim Moscow failed to support Armenia during the four-day war around Nagorny Karabakh in early April this year.  Moreover, they charge that Azerbaijan´s army used weapons purchased from Russia against Armenia´s forces.

Although Russia is officially a strategic ally, Armenian critics say they do not trust Moscow and that such a defence system would be a mistake.

“The Russian Federation cannot be considered a real guarantor of Armenia´s security,” said Nikol Pashinyan, an opposition member of parliament who heads the new Civil Contract party and is one of the deal’s most outspoken critics.

He warned that Armenia would effectively transfer control over its air defence system to Russia and thereby turn into Moscow´s satellite.

“This kind of agreement with Russia creates only the illusion of a strengthening of security,” he concluded.

Zaruhi Postanjyan, from the opposition Heritage Party, also argued that such military cooperation was aimed at turning the country “into a Russian province’.

“Unfortunately, despite the fact that Armenia declared its independence 25 years ago, we have allowed Russian troops to remain in the country and to stand at the Armenian-Turkish and Armenian-Iranian borders,” he continued. “ That is, this is already Russia´s border and not Armenia´s.

“It is no coincidence that when Russian President Vladimir Putin visited Armenia two years ago, he did not fly to Yerevan, but to Gyumri, where the 102nd Russian military base is located, and there announced that Russia will not leave the Caucasus,” he said.

Postanjyan added that the new agreement was another step towards depriving Yerevan of the ability to make independent decisions, even over the use of air power in the event of a threat to Armenia or Nagorny Karabakh.

Moscow is in the process of setting up a joint air defence system with all of its ex-Soviet military allies over the territory of the Russian-led Collective Security Treaty Organisation (CSTO), an intergovernmental military alliance that includes Armenia, Belarus, Kazakhstan, Kyrgyzstan, Russia and Tajikistan.

A joint air defence system is already in place with Belarus and Kazakhstan.

Supporters of the agreement argue that it will both strengthen Armenia´s air defence system and enable continuous surveillance across the entire South Caucasus region.

Even though coordination of the Armenian-Russian air defence system will be carried out by Russia, its joint military task force will be commanded by the air defence chief of Armenia´s armed forces.

“One has to understand that the word ´coordination´ has nothing to do with losing sovereignty,” former defence minister Vagharshak Harutyunyan told IWPR. “People not familiar with international documents talk about loss of sovereignty.  The essence of the system is, for example, that data is transferred from Russian radar station to a united command centre in Armenia.”

He explained that this would give Armenia the opportunity to constantly monitor the air space in the whole region – from the Caspian basin to Turkey.

“On the contrary, it strengthens the country´s sovereignty.  You see, sovereignty is not just a paper, it is the protection of the border, the sky, the economy and other things,” Harutyunyan. said

Armenia´s defence ministry published a statement on June 9 to stress that this would be a “united regional air defence system” and that the Armenian unit concerned would not lose its independence.

“Consequently, it cannot affect the cooperation between the armed forces of Armenia and Nagorny Karabakh,” the statement continued.

Armenian and Russian cooperation on air defence began soon after the collapse of the Soviet Union. Armenia was embroiled in the war over Nagorny Karabakh between 1992 and 1994 and felt a need to protect its air space.  At the time, Russia wanted to withdraw its troops from Armenia, but following talks, it was decided that air defence personnel would stay.

“We were then willing to even pay them double the salary because it was war and because of the shortages of staff and hardware inherited from the USSR, the air defence elements were on the verge of collapse,” Harutyunyan told IWPR.

In 1995, Armenia signed an agreement on the creation of a joint air defence system of the Commonwealth of Independent States (CIS).

Harutyunyan said that this had provided an opportunity for Armenian specialists to be trained in Russia as well as making it easy to acquire spare parts.

“A Russian air squadron was then placed in Armenia, consisting of MIG-23 fighter planes, which were replaced by newer MIG-29 fighter plans in 1999,” Harutyunyan continued. “After these measures, the Armenian air defence system became the most powerful in the [south Caucasus] region. It works as a system with its radar stations, aircraft squadron and S-300 air defence systems.”

Unsurprisingly, the Russian view is straightforward.

“The new system only strengthens the security of Armenia due to Russia´s capabilities,” said Russian military expert Vladimir Yevseyev.

He argued that the system would allow Armenia to access both Russian data and its modern equipment.

“Thus, Armenia protects its air space against possible aggression from Turkey and Azerbaijan, which have kept the country in blockade due to the Nagorny Karabakh conflict,” he continued.

“In addition, Baku and Ankara have an advantage over Yerevan in military aviation, especially Turkey.,” he said. “That is, the united air defence system, it can be said, also creates a security umbrella for Armenia to neutralize the advantage of Azerbaijan and Turkey.”

Armenia, Russia
Army
Connect with us