Free medical training is being provided in a range of disciplines.

Free medical training is being provided in a range of disciplines. 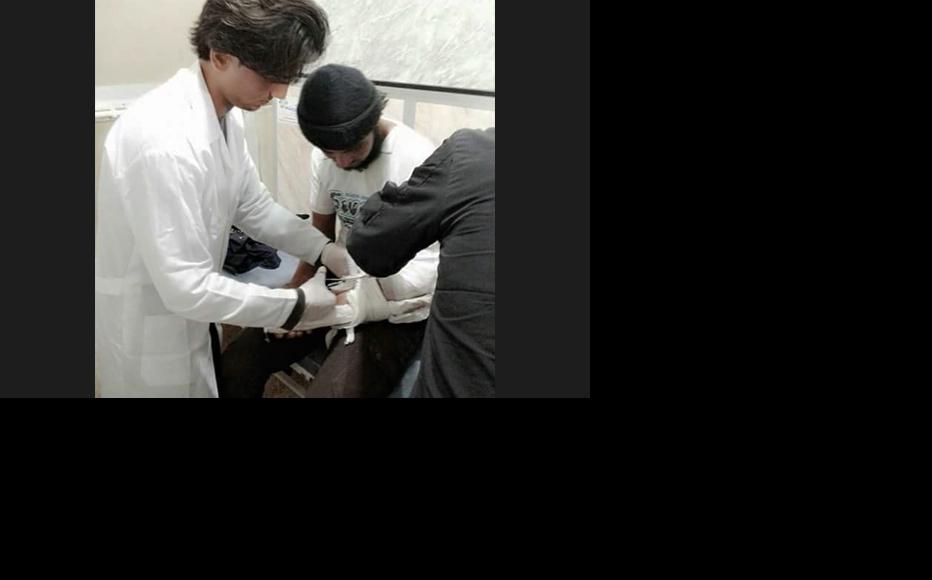 A student attends a hospital training. (Photo: Maha al-Ahmad)
The link has been copied

Omar, 20, had always dreamed of studying medicine. But as a graduate of an opposition-run secondary school, enrolling at the government-controlled university of Aleppo was impossible.

So he was delighted to hear about a college, the Medical Technical Institute, that had been founded in Maarat al-Numan in September 2015. Omar applied and was granted admission. Even better, he was not required to pay any tuition fees, as all courses at the institute are free.

The course included a three-month attachment at a local hospital each year where students helped treat patients and practise first aid on electronic manikins.

Upon graduation, students were awarded a nursing degree qualifying them to find employment at local hospitals.

The Medical Technical Institute was founded by 45 year-old doctor Fayiz Matar. Matar, originally from Homs, told Damascus Bureau that funding came from the Medical Education Board, an organisation established by a group of Syrian expatriate doctors based in the Gulf.

He also said that the institute had sought official recognition from the National Syrian Coalition.

A similar project is underway in the town of Belyun, where 40 female students are enrolled in a free, three-month course.

Manaf Hemeidi, who works as a lecturer at the Belyun Medical College, told Damascus Bureau that the project was funded by the Hand in Hand medical organisation. According to 37 year-old Hemeidi, students do not receive an official qualification, but the experience they gain allows them to work as nurse assistants in local hospitals.

One student, 19 year-old Nadine, told Damascus Bureau that so far she had learned to insert catheters and administer injections and IV drips. She was also being trained in triage, first aid, and dealing with accidents and emergencies.

Hemeidi told Damascus Bureau that he was working alongside a number of colleagues to establish a similar academic college in Kfar Nabel.

Funded by the Syrian Expatriate Medical Association (SEMA), this college will offer students two-year nursing and physiotherapy courses. It will be the only college in Idlib and its countryside where students can study physiotherapy.

“We will be accepting around 60 students to study at the college,” Hemeidi said.

“We have already secured some training equipment such as blood-pressure monitors, thermometers and electronic manikins.”

According to Salam, a nurse who has delivered many similar trainings in Kfar Nabel since 2013, girls and women aged between 12 and 35 were very interested in nursing studies.

The two-month courses held at the Mazaya women’s centre and Alwan centre for children focus on basic techniques such as administering injections and IV drips, inserting catheters and disinfecting wounds and burns.

“Nothing gives me more pleasure than teaching children aged between 11 and 16 the principles of nursing,” said 30 year-old Salam.

Maha al-Ahmad is the pseudonym of a Damascus Bureau contributor from Kfar Nabel, Syria.

Syria
Reconstruction
Connect with us