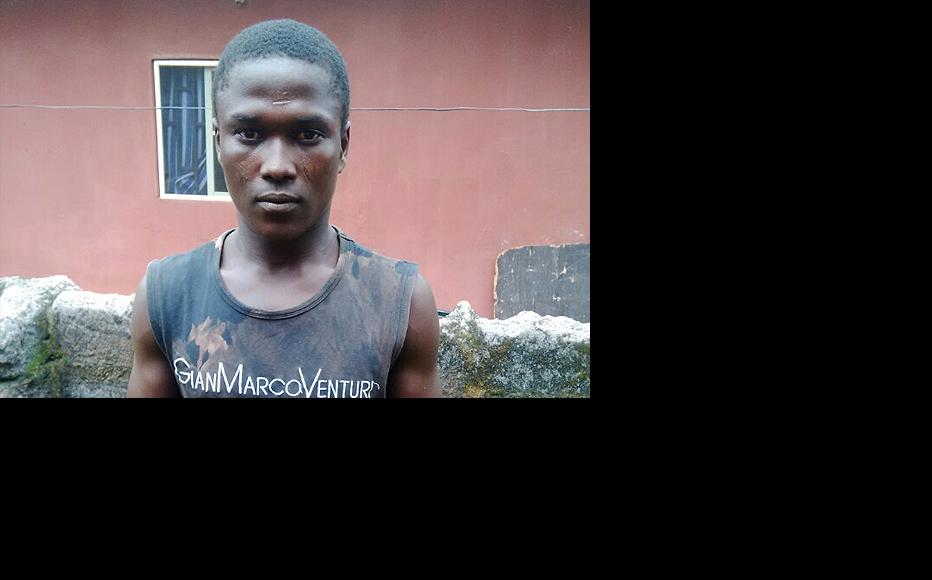 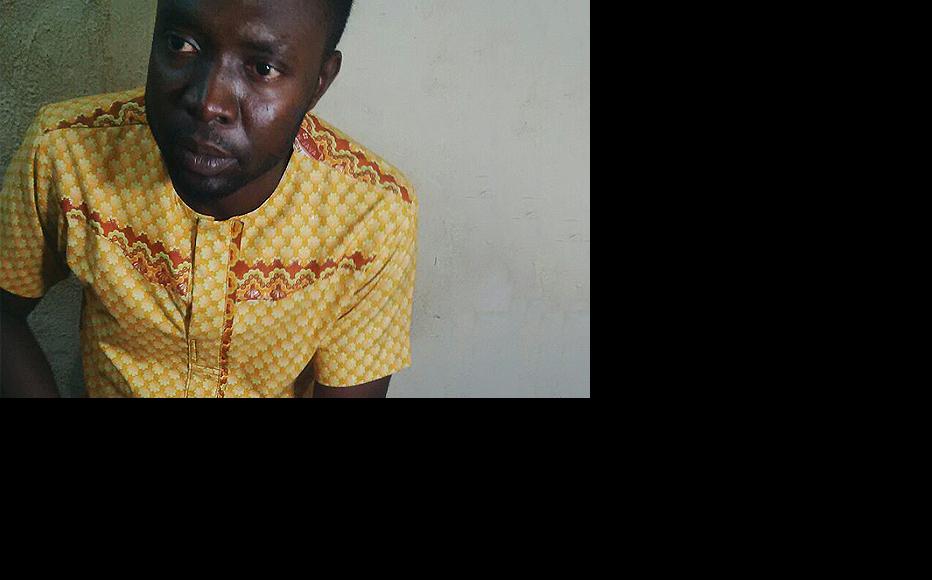 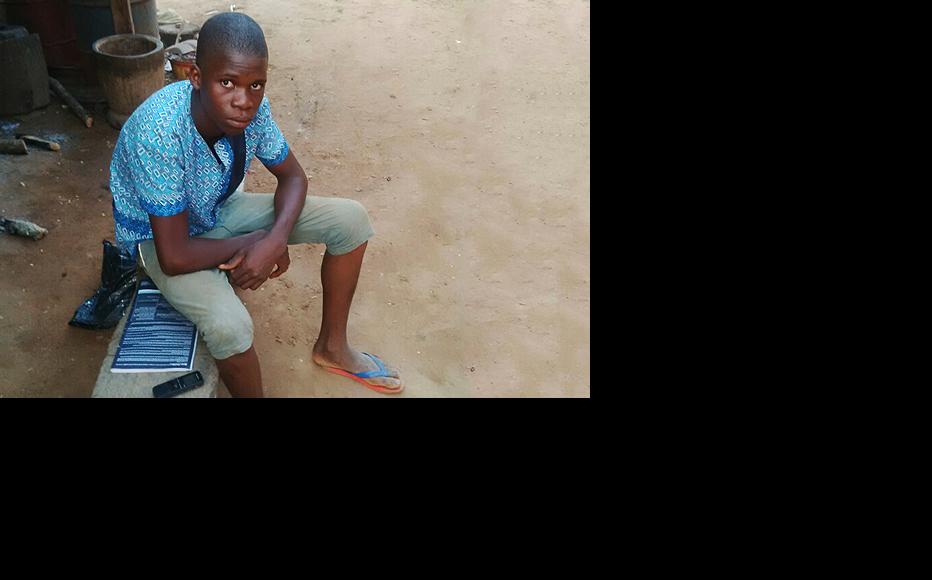 Namino Jonathan was never even told what his crime was supposed to be. (Photo: Chinedu Ekeja)
The link has been copied

Namino Jonathan was woken one June night by a noise outside the house he shared with his parents and siblings.

Startled, the 16-year-old saw a group of armed men stationed around the building.

It was two am, and he was sure the family was about to be robbed. But the gang turned out to be a group of policemen.

"Where is your father?” one of them demanded.

“He is not around,” Jonathan replied.

The men immediately stormed into the house, woke everyone and turned the household upside down.

They then seized Jonathan and took him to the police station, where he was to spend the next ten days locked in a cell with criminals.

His family had to hire a lawyer and pay the police N30, 000 for his release, but Jonathan was never taken to court or even told what his supposed crime had been.

An investigation has revealed how police forces in Edo are arbitrarily arresting and extorting money from ordinary citizens.

Police officers regularly demand sums of money before they release a suspect, even when no formal charges have been brought. This revenue goes straight into their pockets.

While in detention, prisoners are denied medical treatment and food as well as being routinely beaten to extract confessions or to ensure their families pay up for their release.

Criminals, meanwhile, can arrange their release simply by paying a bribe, further undermining the justice process.

The Nigeria Criminal Justice Act 2015 states that a suspect’s welfare must be assured while in custody “and not be subjected to any form of torture, cruel or inhuman or degrading treatment".

The Act also prohibits the use of torture on suspects by law enforcement officials. A suspect may not be handcuffed, bound or be subjected to restraint unless there is reasonable apprehension of violence or an attempt to escape or the restraint is considered necessary for the safety of the suspect or defendant or ordered by a court.

But testimonies from many Edo residents reveal that police officers regularly flout these laws with impunity.

Kingsely Ologbo, 27, was arrested one night as he returned from a birthday party with friends.

“I nearly lost my sight that night for committing no crime. They used koboko (horsewhips) to flog my eyes. I could not see anything that night. They kept beating me and my brother until my brother offered to negotiate with them.”

Ologbo, who earns a living repairing phones at Oba Market in Benin, continued, “Because it was late, we slept in the cell that night till the next day when we raised the N30,000 they demanded. They released us as soon as we paid the money.”

“When they arrested me and took me to Ikpobazua police station, they arrested other set of boys,” Osaze Asagbanya, a 21 year-old who was taken into custody after his cousin, accused of murder, absconded.

Chris Ezigbogha,  a member of the Edo State Civil Society Group, said that he had refused to pay police a bribe after being arrested and detained for two days.

“The police know I am a human rights activist,” the 27-year-old said, adding that this meant he had helped escape extortion.

“The police here have turned people into an ATM, ’’ he said, recalling that all the other people arrested that evening paid out at least N30,000, if not more.

As well as hefty bribes, detainees are made to pay for their own meals. Most of those interviewed said that they had received no food during their detention.

They were even forced to pay extra for food brought to them by friends and relatives.

The official cost of feeding a suspect is N3 per meal, amounting to N9 per day.

“If you don’t have any family member or relative around, you are going to die of hunger; the worst part is that even when something is brought for you, police will ask them to pay something before they will be allowed to pass the food to the person,’’ Ezigbogha said.

Jonathan said he only got two out of the three daily meals detainees are supposed to receive.

“The injustice in the police is on the high side, it’s just too much. While we were in detention, I saw some person who said they went to watch football match and were arrested. They all paid N30, 000 to secure their release."

Osaze Osagbonye said only managed to survive by selling bread to other prisoners during his detention. A farmer, he was arrested in April 2016 after his nephew who was accused of killing a teacher ran away. Osagbonye was detained without trial for two months and ten days.

‘’I sold bread until I was promoted, that was how I fed for two months. Police only fed me food once, fufu [cassava porridge] and soup without meat, but other days, I was eating through other means,” he said.

Civil society activist Kola Edokpai said that local activists had long been lobbying the police over the treatment of prisoners.

“We will continue to struggle about this issue, it’s just so sad that the police have failed to improve on their human right record,” he said, adding that officers in Ghana, for instance, would “bring food for [prisoners], they will bring drugs, those that are not feeling fine they will take them for medical examination, but here, the reverse is the case’’.

Former detainees also said that police in Edo routinely used torture to extract confessions. Most former detainees interviewed said they had been beaten with implements including cutlasses and sticks.

Osaze Asagboyin, 21, said that the police had given him the worst beating of his life.

‘’They [were] slapping me with the back of a cutlass. They heat me severely when they were asking me to confess that I was a cultist [a member of a secret confraternity]. I told them I am not a cultist, they were still beating me. My head was cut open with an iron, the same with my back and my hands,” he said.  ‘They even hung me and said if I do not confess, I am going to die, and as they hung me they were still beating me with a cutlass.”

Jonathan was left with a scar running across the back of his hand.

“They were beating me and one of them raised an axe threatening to cut my head. I thought it was a mere threat and I raised my hands in defence. The axe landed on one of my hands: that was what gave me this mark,” he said, pointing to his scar.

Jonathan said that he received no medical care when he felt unwell.

“I was having headache and my hand where they cut me with axe was paining me, if I tell police they will shout at me and ask me to go and sit down.”

Kingsley said that suspects had no choice but to confess to whatever they were accused of.

“The day I was arrested I almost lost my sight. I was flogged with a horsewhip on the head in the process, they got to my eye,” he said.

Suspects in custody have developed a term to describe their routine torture by the police.

“While I was there, they call it early morning tea or evening tea’,” said one former prisoner, Christopher.

“They will take them out for routine beating using many objects like cutlass and sticks,” he continued. “They will be heating them in their manhood even as they cry in pain’’.

All requests for interviews with police representatives including the commissioner were not granted.

However, some officers were willing to speak on condition of anonymity and confirmed that suspects in detention were being exploited.

“Yes, they collect money from relatives of suspects before they can give them food that is all I know,” said one junior officer. “The money they collect is what officers on duty do on their own… its money they count as what they made in a day, but the police did not approve that.”

Nigerian journalist Chinedu Ekeja produced this report with support from PartnersGlobal and the Institute for War & Peace Reporting.  It is one of a series of investigative reports produced under the Access Nigeria/Sierra Leone Programme funded by the United States Department’s Bureau of International Narcotics and Law Enforcement.

Nigeria
Corruption, Police
Connect with us