Nigeria: Police Officers Forced to Buy Their Own Uniforms

The force is failing to equip its ranks with even regulation materials.

Nigeria: Police Officers Forced to Buy Their Own Uniforms

The force is failing to equip its ranks with even regulation materials. 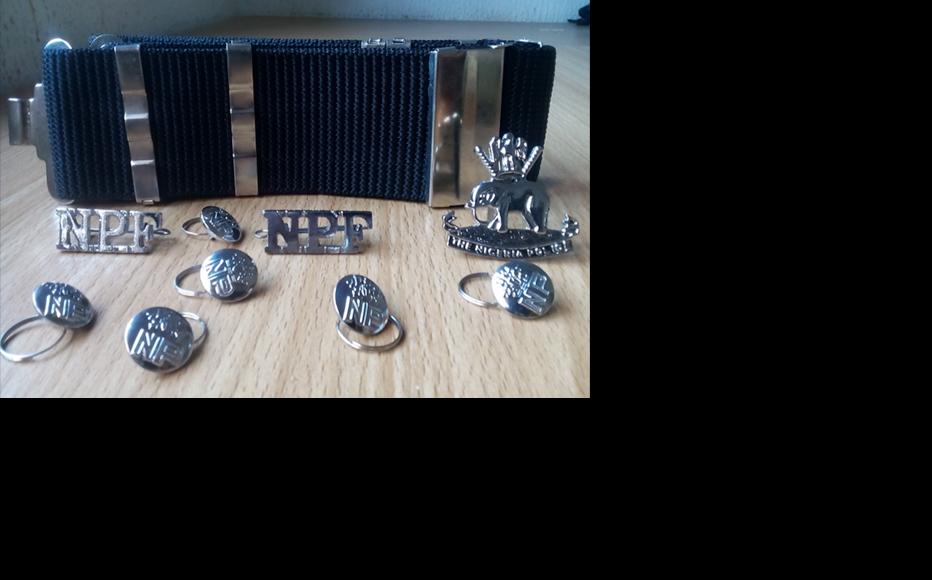 Police officers in Nigeria say that they are being forced to buy uniforms and basic items of kit from uniforms to handcuffs out of their own salaries.

Although all policemen and women should receive at least two sets of uniform for free each year, interviews with serving officers across three districts revealed that not a single one had been given new kit since graduating from training college.

As well as uniforms, officers also have to buy accoutrements such as tear gas, torches, whistles, handcuffs and batons from official police stores or on the open market.

All officers interviewed stated that at least three sets of uniform were needed during the rainy season and during the harmattan, the period in which a hot dry wind blows across West Africa.

They said a further five sets were needed for the rest of the year in order to appear neat.

Buying material for each uniform comes to around 1,600 Naira, while paying for a tailor to make it up can cost up to 2,000 Naira. Boots are upwards of 3,000 Naira and even a regulation beret can cost more than 1,000 Naira.

Sergeant Duniya Yakasai (not his real name) joined the force in 2003 as a police constable and has taken part in four campaigns against Boko Haram insurgents in the northeast of the country.

He currently owns six uniforms, all bought out of his own money, to ensure that he looks presentable for work.

But Yakasai said that in 13 years of service he had only received one set of kit, during his training at the police college.

“I can assure you anywhere you see a police officer in this country fully kitted, the Nigeria police force has not given to him anything out of it,” he said. “The only thing the Nigeria police does is giving us our monthly salaries which those at the top cannot deny us.”

Yakasai, now stationed in Kano, takes home 51,000 Naira each month. A set of quality kit, which should last for a year, costs at least 15,000 Naira.

“Not many of us can buy a set of kit at one time. So what we do normally is to be acquiring items of the kits in pieces until everything is complete before we give tailors to sew the uniform, which is the final stage.”

Not a single officer reported receiving a full set of kit from the police force from the date he joined up, with the exception of the uniform provided in training college.

Corporal Ilya of GRA Division in Bauchi city said that even these first uniforms were of poor quality and quickly wore out.

“No responsible police officer will use that kit for duty after passing out because the uniform and the boots got faded and broken during training,” he continued. “That is why today whenever there is training of new recruits, go to any of our police training schools, you will see items of kits on display for sale. So, we all bought new kits with our little training allowance in order to be appealing to our family members and the society we would be serving.”

Officers told IWPR that they were outraged that kits were on sale in police stores, apparently with the full knowledge of the senior officers.

In Gombe State, the kits can be purchased at a shop in the premises of the area command, close to Tashan Dukku opposite Government Pilot Secondary School.

In Bauchi, Zone 12 headquarters, the area command opposite the Yandoka police headquarters and the training school Yelwa are the main sales outlets.

In Kano, police command Bompai is the main sales outlet, along with individual police officers who have the capital to engage in the business.

Tailors employed by the police also take advantage of the demand for uniforms. They travel to the central police stores in Lagos and Abuja to buy kits so as to sell them on to colleagues in their various duty posts.

Two sergeant tailors in Gombe state are particularly known for their ability to procure essential items of kit, while in Bauchi’s metropolitan divisions, it is policewomen who have cornered the market.

IWPR accompanied officers to one of the centres in Bauchi and Gombe to witness transactions in which items of kit including belts, buttons, shoulder badges and metal crests were bought.

Paul Lambala, an officer serving with the Pantami division, said, “Everything is on sale in the Nigeria police, including working materials like tear gas and batons.”

He recalled an incident in which he gave a senior sergeant recently promoted to inspector 600 Naira so that he could buy the insignia signifying his new rank.

Less than an hour later, the inspector, attached to Gombe’s Pantami division, was back to show him the badge that he had bought at the Tashan Dukku area police stores.

Police officers are fully aware that they are entitled to receive two sets of kit each year.

“You cannot even complain, and even where you have the guts to complain the usual cliché in Nigeria police circle in any matter you are shortchanged is ‘wait for your time,’” said Kurungu of the mobile police zone Panshekara, Kano who joined the force in 2008.

The situation is further complicated by the fact that sales of kits are not restricted to official police shops. They can easily be found on sale in ordinary markets.

An interviewee in Bauchi pointed out a shop in the popular Wunti Market where police boots and belts as well as those of military and paramilitary organisations, were openly displayed for sale.

Junior police officers on general duties stay in uniform for between 12 to 16 hours a day depending on their beat.

Musa, serving with Yelwa division said, “As a junior sergeant now my salary is just 49,000 Naira monthly and I cannot at once use about 10,000 Naira or above out of it to kit myself because of family responsibilities and other daily needs.”

In 2013 and 2014 the force introduced new kits featuring a sky blue shirt over black trousers or skirts and sky-blue camouflage.

However, officers told IWPR that only ten sets of each kit were distributed to each divisional police station- leaving the DPOs to adopt various techniques in the distribution.

“When the sky blue shirt over a black trouser or skirt was introduced in 2013, I was serving at Bali in Taraba state,” said Corporal Daniel Manzo, now serving with Gona division within Gombe city. “Ten sets were brought to my station and we were 70 at that time.”

He said that the kits were distributed by lottery.  All Manzo received at the end of the process was a lanyard.

A traffic warden in Bauchi township police station said that the same had happened in his area.

He too ended up getting a lanyard, while a colleague got a single boot.

Police spokesman Donald Awunah told IWPR that the force only provided free kits to ranks from constable to inspector.

ASPs up to the inspector general bought their own kits. This was subject to the availability of government funds, he cautioned, adding, “There is no department in the government that can say, ‘hey we have it all’.”

As to how often free kits were distributed, Awunah said, “As frequently as the funds [allow] us.”

He said that the police force had recently entered in to a partnership with a foreign firm to supply kits to officers.

However, he denied that uniforms and accouterments could be bought freely from police stories.

“Uniform is [just] a fabric, but the police kits are restricted,” he said, adding that everyone had to make do with what was available.

“You see, nothing can be enough. Even in our home we ration foods.”

The Nigerian police have received huge sums of money from the government in recent years.

A Freedom of Information request was sent to the federal ministry of finance asking for information on the total amount of money released to the police force for the purchase of kits and accoutrements in 2015.

Three weeks later, the ministry responded and directed all enquiries to the ministry of budget and economic planning. As of the time of publication, no response had been received.

Nigerian journalist Nura Faggo produced this report with support from PartnersGlobal and the Institute for War & Peace Reporting.  It is one of a series of investigative reports produced under the Access Nigeria/Sierra Leone Programme funded by the United States Department’s Bureau of International Narcotics and Law Enforcement.

Nigeria
Police
Connect with us