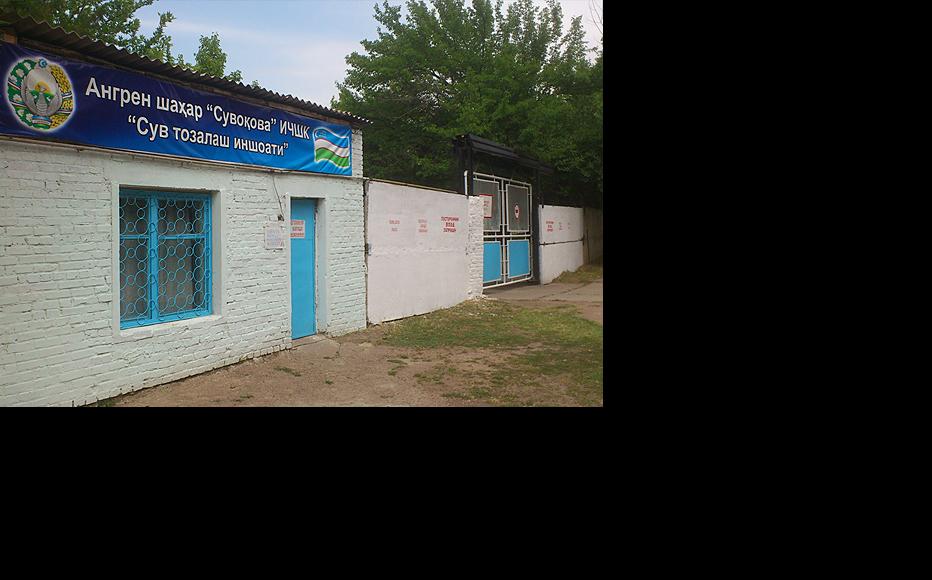 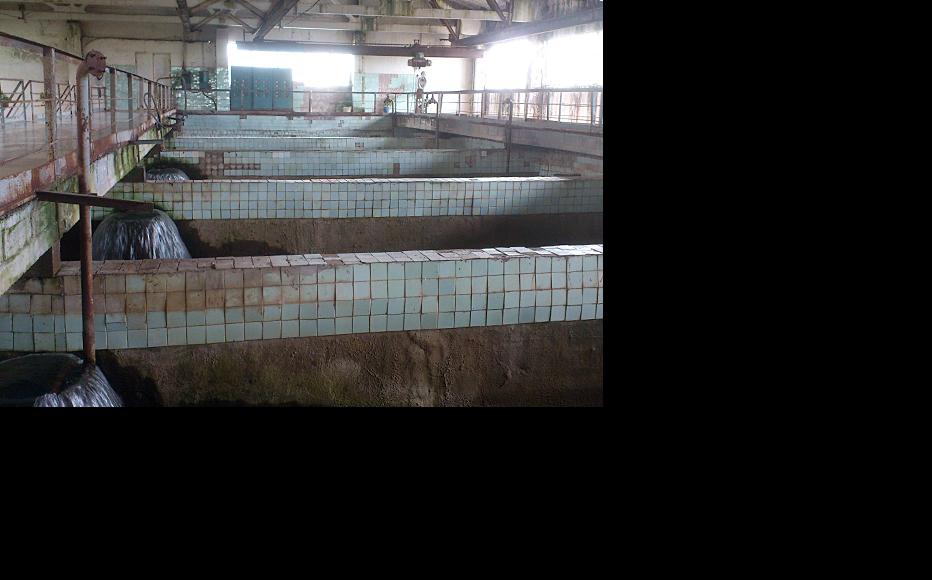 Inside the plant, the purification equipment is badly in need of modernisation. (Photo: Georgy Vitryakov)
The link has been copied

Residents of Angren, an industrial city in Uzbekistan, complain that the water supply is erratic and polluted. Water only comes out of the taps for a few hours a day, and even then it is often dirty and smells bad.

Problems with water provision in this city of 170,000 people, about 100 kilometres south of Uzbekistan’s capital Tashkent, stem from years of under-investment in the local treatment plant. The poor state of the infrastructure has forced staff to cut corners just to keep any kind of supply going.

In Soviet times, Angren developed into an industrial centre, with engineering, construction materials and rubber factories all powered by the plentiful coal deposits in the area.

One resident, a pensioner who gave his name as Ilhom, described how householders stored up water in buckets and plastic containers whenever the taps were working.

“After we let the water settle, there’s always dirt, mud or sand at the bottom. When it rains, the water coming out of the tap is brown and smells of clay,” he said. “It’s always been like that. What can we do about it?”

Daily power cuts interrupt the pumping of water through mains pipes, and this is compounded by numerous leaks in the network. A source at the city’s hygiene and disease prevention agency told IWPR that perhaps 90 per cent of the mains network was in need of repair or replacement.

The situation is only made worse by people in villages near Angren tapping into the mains supply to divert water for their own use.

Officially, health experts say that problems with the supply are not a danger to human health. Angren’s hospital refused to provide data on waterborne diseases, while the city hygiene agency said it had only recorded one case in the last five years, which involved people drawing contaminated water from a well rather than from the mains supply.

Doctors say that boiling tap water should ensure it is safe, and Angren’s residents have been made aware of this.

One resident, Dilia, said her family allowed the sediment to sink to the bottom before drinking water from the tap, but did not boil it.

“Why would you need to boil it? It has been treated, hasn’t it? It’s normal water,” she said.

Vodokanal, the state-run water utility, is short of funding both from central government and from consumers, who all too often do not pay their bills. That has left it unable to repair Angren’s water treatment plant, install new equipment, and run tests for quality.

Angren’s water is supposed to be purified by different means – ultraviolet light, chlorine or ozone – depending on what source it comes from. Water supplied to the city outskirts comes from underground sources and should be treated by ultraviolet light, but this does not happen.

Surface waters, meanwhile, are supposed to be treated with chlorine, and Vodokanal is supposed to add the chemical whenever the supply is cut off for more than two hours. But chlorine is in short supply so it is not used routinely. The exception is during the spring and autumn rainy seasons when there is more mud content, and in emergencies like the outbreak of waterborne diseases, when larger-than-normal amounts are added.

At such times, the public is supposed to be notified of the high levels of chlorine in the drinking water. Again, however, this does not happen as the authorities have not found a way of making public announcements since the local TV station closed due to lack of funding.

One apartment block resident said he was unaware of any risks posed by high chlorine levels.

“It does sometimes happen that the tap water has a strong smell of chlorine. We’ve never thought there was anything bad about that,” he said.

When city officials were approached for comment, they said they knew the quality of drinking water was less than ideal and that the treatment system was in need of repair.

People living in towns and villages downstream of Angren, meanwhile, face additional risks from inadequate treatment of the effluents produced by this large industrialised urban centre, running into the river Ahangeran.

Vodokanal is responsible for sewage as well as the water supply, and one former employee said that staff there were required to fabricate figures to avoid fines for polluting the river with ammonia and excrement.

He recalled cases when colleagues used various excuses so as to avoid carrying out the tests requested by the State Committee for Environmental Protection because they knew they would fail.

“We were in position to carry them out, but we didn’t,” he said.

The environment protection committee is in an unenviable position as it lacks the resources to act as a powerful watchdog. It is so short of money that it has to ask Vodokanal for the use of lab equipment and other help to carry out the tests.

(Names of interviewees withheld out of concern for their security.)

Georgy Vitryakov is the pseudonym of a journalist in Uzbekistan.

Uzbekistan
Environment
Connect with us