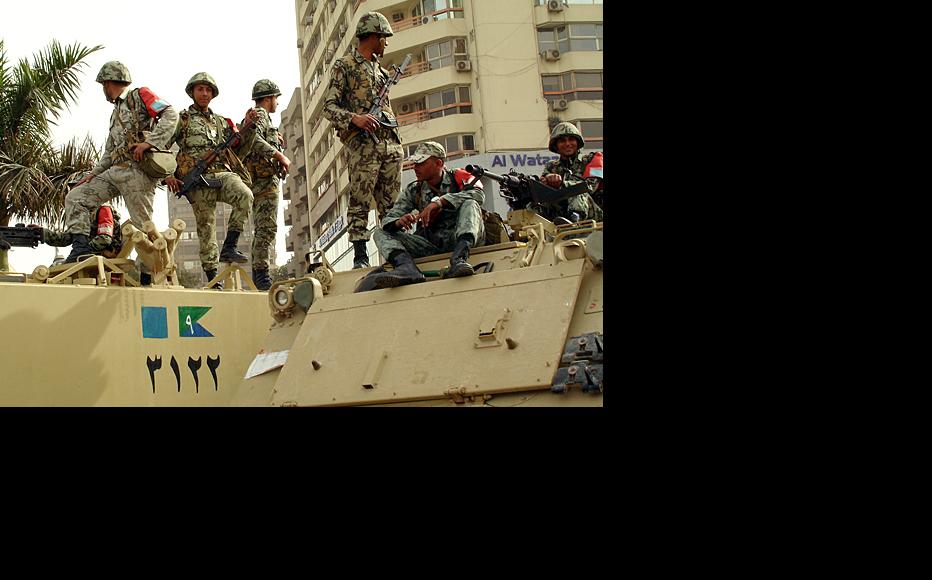 The Egyptian army is falling out of favour with the public. (Photo: Zeinab Mohamed/Flickr)
The link has been copied

A new protest movement critical of the slow progress to civilian rule following January’s uprising is growing in Egypt, as citizens complain that the ruling military council is merely replacing one authoritarian regime with another.

The Reclaim the Revolution protests, organised by a grouping of 18 political parties and supported by many activists, are calling for the Supreme Council of the Armed Forces, SCAF, to abolish the stifling emergency law, allow civilian courts to operate and ban former members of the regime from contesting the elections.

Thousands of Egyptians protested in Cairo’s Tahrir square on September 30 in what was named Reclaim the Revolution Friday, with further rallies planned.

“The most crucial factor is that the generals listen to the people and stop burying their heads in the sand,” Khaled Diab, an Egyptian journalist, said. “Egypt has changed forever and the sooner they realise this, the better for all. Egyptians have had enough of 60-odd years of military rule.”

Protesters are uneasy at the military’s decision to prolong the emergency law, which was once used by former president Hosni Mubarak to punish and silence his enemies. Despite a promise to abolish the law by September 30, SCAF have gone on to extend it further.

United States secretary of state Hilary Clinton condemned this move, and Amnesty International described it as “the greatest erosion of human rights” since the fall of Mubarak earlier this year.

Protesters also want a stop to trials of civilians in military courts – which they say have tried more 10,000 since January.

In addition, they’re calling on the ruling military council to urgently reform the electoral process to prevent politicians with ties to the previous regime from returning to power.

With less than two months to go until Egypt’s elections, analysts say the military need to quickly and efficiently address civilian concerns to avoid clashes.

“There is a strong feeling of disappointment, people are losing patience,” Mohamed El Dahshan, an Egyptian writer and blogger, said. “The military council promised elections after six months and that time is up now. People are sick and tired of the presence of the army.”

He added that the transition to civilian rule should be a priority and the military should no longer have a role in government.

“We could have had civilian rule from day one,” he continued. “The army is entirely unnecessary now.”

Frustration and anger with the military has been heightened by the harsh crackdown on Coptic Christian protesters in Cairo on October 9, when 26 people were killed and more than 300 injured.

“Demonstrators originally believed the army was on their side because they refused to back up Mubarak during the protests, but now the army’s crackdown on civilians has, in some respects, been worse than the trouble they had under Mubarak,” she said.

“The generals see themselves as managing the situation in the national interest which coincides with the interests of the military establishment. The military have capitalised on the revolution.”

Few believe that the military council will relinquish power easily.

“There is a fundamental conflict of interests between SCAF and the population at large, and this is bound to lead to further clashes,” Diab said.

Hollis said that there was a growing awareness among activists that the revolution would not be over until the generals hand over power for good.

“Nobody is jubilant,” she said. “They will continue to struggle. That struggle began rather encouragingly and is now a hard slog.”

A number of political parties, including the Muslim Brotherhood’s Freedom and Justice party, have threatened to boycott the elections should the military council not reform the electoral system.

But Egyptian writer Mohamed El Dahshan suggests the threatened move is unlikely to have any significant impact on the forthcoming polls.

“It would only be an effective action if the parties were big enough to discredit the entire process, but many are newly formed and no one knows how many supporters they have,” he said.

With the first stage of elections planned for November 28, the world is now looking to Egypt to see how smooth the transition from military to civilian rule might be.

“Egypt carries a lot of expectation and the most credibility in terms of what change is possible,” Hollis said.

“There will have to be compromises between the military and those who want a full scale vibrant participatory democracy. Nobody is going to win outright.”

The Arab Spring
Egypt
Conflict
Connect with us