People do not have a problem with the king, but rather the pace of change within the establishment.

People do not have a problem with the king, but rather the pace of change within the establishment. 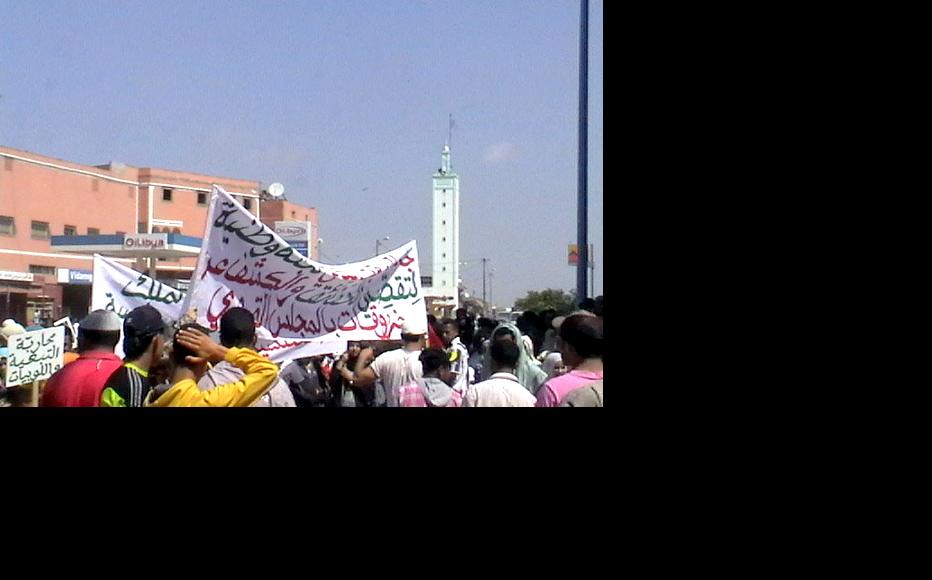 Moroccan protesters demand reforms, May 2. (Photo: Lucyin)
The link has been copied

I'm not really optimistic concerning the situation in Morocco given the events of late May, when in Rabat, Casablanca and several other cities, the police cracked down on protesters who were demanding civic reforms.

Protests and demonstrations have been going on throughout Morocco since the start of the Arab Spring, but, this time, they were not authorised by the police. I live in Casablanca and I thought the reaction of the police towards the protestors was far too heavy-handed.

Many people were shocked and angry to see this take place and demand to know why it was allowed to happen. We are now awaiting an official inquiry into the most serious incidents.

Morocco is still the most liberal country in the Arab world. This is why, compared to elsewhere in the region, there have not been as many demonstrations. We're in a completely different category compared to, for instance, Syria and we are freer than the people in Tunisia.

We are, of course, nonetheless affected by the Arab Spring.

For Morocco, internal factors such as the slow pace of reforms and the continuing corruption are the drivers behind the protests. There are serving government officials who abuse their positions, who are involved in money laundering and nepotism. The system of justice is powerless to hold them to account - there is often, no proper investigation possible. This has to change.

After King Mohammed VI's promises for change, there are not enough signs yet that all the necessary reforms will take place. This is why protests must continue.

What we want is not a revolution, but an evolution - to give us our rights and liberties. I would say that 90 per cent of the Moroccan people do not have a problem with the king, but rather the pace of change within the establishment.

In the minds of many Moroccans, King Mohammad VI has led an effective transition from the oppressive rule of his predecessor King Hassan II, who ruled until 1999. We now have many more freedoms, including a more open press and freedom of expression.

I work as a journalist and I participate in government-led programmes to develop new social media in Morocco, so the state actively encourages this. But while we can express ourselves as much as we like, we're not being heard enough by the establishment.

Everyone was left shaken by the April 28 attacks in Marrakesh, when a bomb exploded in a central square, killing 15 people. However, the true threat for me is not al-Qaeda or Islamist extremists - the al-Qaeda presence here is not part of the mainstream at all - but rather the continued system of impunity that exists in Morocco.

There are enough problems within Morocco itself to trigger our own explosions - poverty, illiteracy, the slow rate of development.

We cannot take it any longer. If the people don't see any change, they will simply become angrier; they will lose faith in the establishment and they could become radicalised because nothing is happening.

Now, a big sign of hope for many is a new youth party emerging amidst the protesters which is pushing strongly for clear reform. Developments coming up in June - the referendum on the new constitution and the implementation of some promised reforms - will be the next test.

And I am not entirely optimistic that we will get everything we want.

Rachid Jankari is a Moroccan journalist and new media consultant based in Casablanca.

As told to Inna Lazareva, an IWPR intern.

The Arab Spring
Morocco
Protests
Connect with us