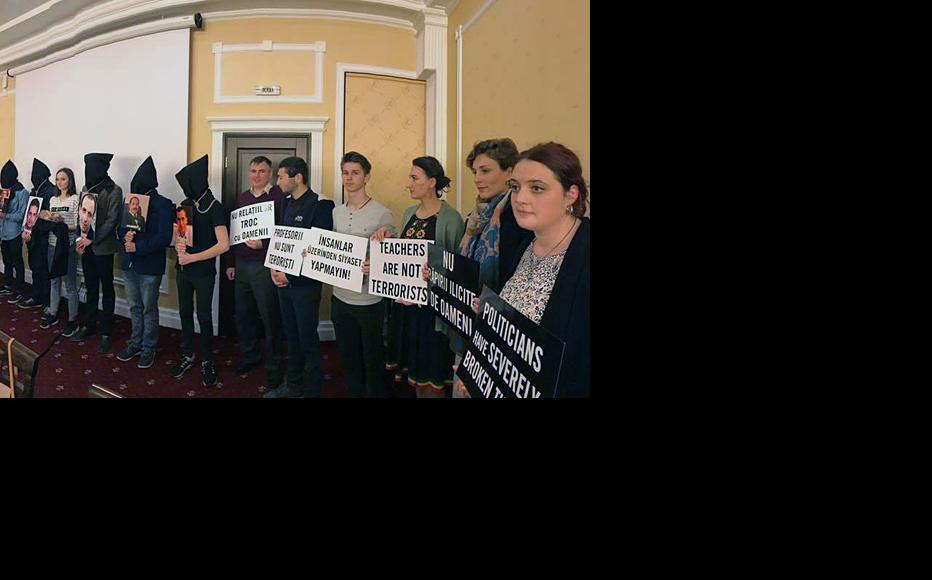 A protest in Chisinau in the name of abducted Turkish professors asking for their release. (Photo courtesy of Amnesty International Moldova) 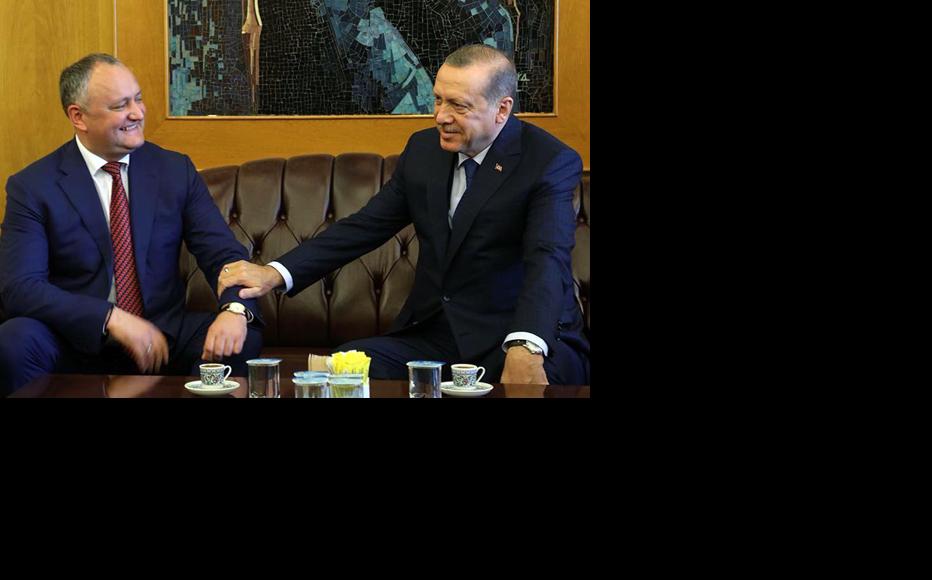 Moldovan human rights experts warn that the government has not done enough to address the forced expulsion of seven Turkish teachers to Turkey where they were jailed for alleged links to exiled cleric Fethullah Gulen.

The former head of the country’s secret services, Vasile Botnari, was indicted earlier this month over the 2018 abductions. But activists say that this lone prosecution did not go far enough and is a worrying sign of Moldova’s willingness to jeopardise its democratic path and trajectory towards European integration.

The seven teachers were seized on September 6 2018 in a joint operation between the Moldovan secret services and their Turkish counterparts.

All seven, former employees of the private high school Horizont network, linked to Gulen's Hizmet movement, were sent on a private jet to Turkey where they were accused of terrorist activities.

Soon after, many of their families left Moldova in fear for their safety. In July 2019, the seven Turkish teachers were jailed for up to nine years.

On February 5, Moldova’s prosecutor general Alexandru Stoianoglo said that Botnari was the only one guilty for this breach of human rights.

"The entire action was led by the accused [Botnari] who was the director of SIS [the Moldovan secret services],” Stoianoglo told reporters. “It was found that the others executed the provisions of the superior, without knowing that they were illegal. The SIS chief persuaded them that all actions were legal and subsequently there will be no problems.”

Now Chisinau will have to pay 25,000 euros (29,500 US dollars) each to five of the Turkish citizens who took their cases to the ECHR. Two others are filing the same petition to ECHR.

Campaigners want more action to be taken, beyond the fines and a single prosecution.

Human rights activists gathered at the presidential palace on February 18, Dodon’s birthday, to throw paper planes into its courtyard on which were printed the biographies of the seven abducted teachers.

Andrei Lutenco, an activist in the Occupy Guguta protest movement, said that Botnari’s prosecution was a case of prosecutors trying to find just "one scapegoat".

"The kidnapping of the Turkish teachers was the worst thing that has happened in our country lately,” he continued. “It was a flagrant violation of human rights and this was done by our state organs.”

Moldova has long had close political and economic ties with Turkey, which activists suspect influenced its actions over the arrest of the Turkish teachers.

In May 2017, for instance, Turkish prime minister Binali Yildirim had asked Moldova to close down the Gulen-linked schools.

On February 22, 2018, Turkish companies began a 10 million euros contract to fix the Moldovan Presidential Palace, damaged during April 7, 2009, during the so-called Twitter Revolution which overthrew the communist regime.

When Dodon visited Ankara in December 2019, Erdogan asked him to ensure that the Horizont schools were all transferred to the Turkish educational foundation Maarif under the president’s patronage.

Economic relations between the two countries are also growing, with exports to Turkey up 230 per cent and imports up 13.3 per cent in the first six months of 2019, according to the National Bureau for Statistics in Moldova.

Turkey has pumped dozens of millions of euros into the autonomous region of Gagauzia in Moldova, inhabited by the Turkic Gagauz ethnicity.

Human rights campaigners believe that these ties are what compelled Chisinau to cooperate with what they describe as a kidnapping.

"The Turkish teachers should not have been kidnapped and sent to the Erdogan regime,” Veaceslav Tofan, the director of Amnesty International Moldova, told IWPR. “Human rights are not negotiable, neither politically nor economically.”

He added that the teachers’ fundamental rights had been violated.

"They didn't even have to go to Turkey at all. Turkey is a country where torture and ill-treatment are applied in places of detention. People can't be extradited there. However, the decision must be taken by a court and all the extradition processes had to take place here in Moldova," Tofan said.

It has been a clear case of extra-judicial action, he continued.

"I would rather use the term abduction or deportation. There was neither extradition nor expulsion," he said.

Ion Manole, the director of Promo-LEX - one of Moldova’s main human rights organisations - stressed that this sent a troubling message both domestically and internationally.

"Credibility and security are not guaranteed for anyone,” he continued. “This is very serious, including for a democratic society, but also for the development of the country, because no foreign investor will come to Moldova to invest money or other resources. They might fear that they could be the next victims of such a situation.”

He added that Moldova’s international ratings regarding respect for human rights and the rule of law had already fallen due to the ECHR ruling.

"Relations between states should not be based on human rights violations,” Manole said. “This must be emphasised. Human rights must be guaranteed no matter from whom these requests come to be violated. The state institutions must protect citizens.”

According to the latest report from Moldova’s Legal Resources Centre, Moldovans addressed ECHR three-and-ahalf times more than the average elsewhere in Europe.

By the end of 2019, 1,056 Moldovan applications were still waiting to be examined, with most of them predicted to be successful.

"While these kinds of complaints are made both by Moldovans and foreigners, it is mostly by Moldovans,” Manole continued. “The petitions are often made about bad conditions in prisons, or violations regarding human rights on private property and abuses by the police. Many petitions are also aimed at the abusive judicial sentences in various cases and people are turning to international courts because of the rampant corruption in the Moldovan judiciary, which they often don't trust."

Lutenco warned that the lack of a proper response to such abuses made it more likely for them to continue.

"We are talking about human rights and guarantees of non-recurrence of such abuses,” he said. “When we don't have that, then we could assume that this could happen to anyone," he said.

Giving Voice, Driving Change - from the Borderland to the Steppes
Moldova
Accountability, Human rights
Connect with us