Moscow irked by Chisinau’s growing closeness to its regional neighbours. 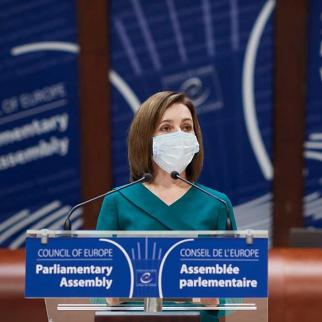 Moldovan President Maia Sandu at an address calling for Moldovans to come together for the future of their country. © Official Website of the President of Moldova

Moscow irked by Chisinau’s growing closeness to its regional neighbours. 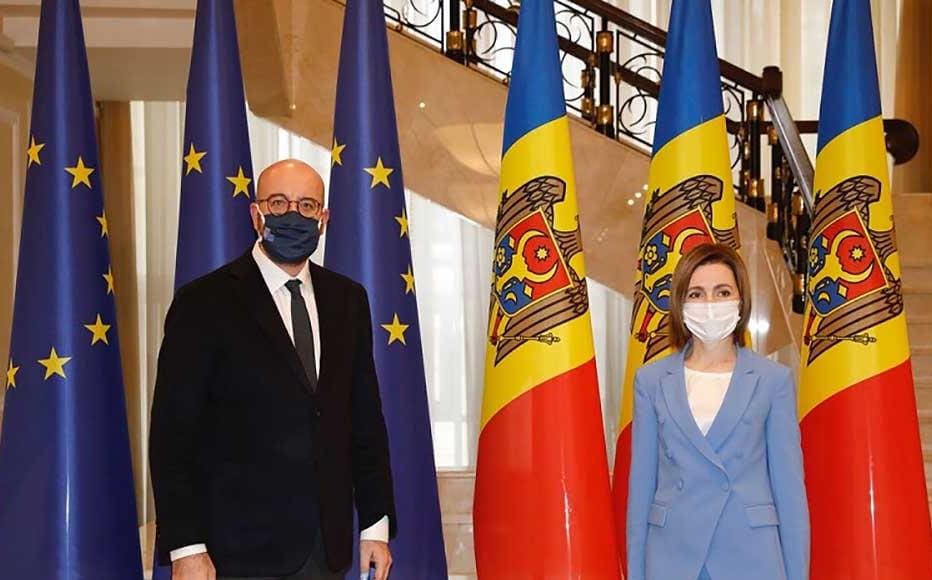 President Maia Sandu after a meeting with Charles Michel, The President of the European Council. © Official Site of the President of Moldova
The link has been copied

In just a few days this August, Moldovan president Maia Sandu made her country’s intended turn towards Europe and away from Russian influence clearer than ever.

On August 23, she met the leaders of Romania, Ukraine and Poland at the inaugural summit of the Crimea Platform in Kyiv, a forum intended to highlight the peninsula’s occupation by Russia.

Just four days later, she once again met the Romanian, Ukrainian and Polish heads of state at an event to mark Moldova’s 30th anniversary of independence.

“It is the first time that Moldova has celebrated its independence with the participation of the presidents of neighbouring countries,” said Nicole Afanas, a civil servant who works on reintegration issues at the State Chancellery. “Until now this had been impossible due to the hostility of pro-Russian policy makers in Chisinau.”

Sandu also made her stance clear at the Crimea Platform event, telling the gathering that

“Moldova strongly supports Ukraine's sovereignty and territorial integrity within its internationally recognised borders” and describing its annexation as “a flagrant violation of international law”.

Political scientist Victor Juc said Sandu was braced to take a stand on such issues regardless of the Kremlin’s reaction.

“Maia Sandu extends a helping hand to [Ukrainian president] Volodymyr Zelensky in his efforts to legitimately return Crimea as part of Ukraine,” he continued. “She is not afraid of the Kremlin's acerbic reactions regarding the international status of Crimea and will continue to defend Ukraine's position.”

Indeed, Sandu's remarks provoked strong disapproval from a number of Russian officials, and Juc said that it was important to note that, just days later, “the Russian Federation did not send any congratulatory message to the Chisinau authorities on the occasion of the 30th anniversary of independence”.

“President Sandu's international position on Crimea has, of course, provoked a response of disapproval from the Russian Federation,” Afanas continued. “Russia could not watch without comment on the daring actions of the Crimean Platform.”

Moldova has also grown noticeably closer to Romania, with which it shares a common language and history, since the current government came to power.

Romanian president Klaus Iohannis was the first foreign dignitary to visit Moldova after Sandu was elected as president in December, 2020. He was also the first Romanian leader to make a formal visit since 2015.

“During the pandemic, Romania was the promptest ally with Covid-19 equipment, which extends to the present day,” said Vladimir Sterpu, deputy director of the Spirit Critic thinktank. Most recently, Bucharest donated 500,000 doses of Covid-19 vaccine to Moldova, along with 6,000 tonnes of diesel to support farmers affected by drought.

Russian, however, continues to play a key role in Moldovan politics,  confirmed by the most recent visit of deputy Kremlin chief of staff, Dmitri Kozak, to Chisinau on August 11.

Kozak and Sandu discussed issues relating to the Transnistrian conflict, including one key obstacle in any talks -  the presence of ammunition in the Cobasna military depot. As in previous rounds of talks, no concrete action was agreed on their removal.

“I think Dmitry Kozak's visit to Chisinau symbolizes that the Russian Federation, as usual, claims not to be involved in resolving the Transnistrian dispute, that these are the internal affairs of the Republic of Moldova, but the Kremlin will keep a vigilant eye on this frozen conflict,” said Veaceslav Ungureanu, a Moldovan international affairs expert.

Indeed, after the resounding victory of the Action and Solidarity Party  - founded by Sandu – in July’s parliamentary elections, several Russian officials made clear that they would not hesitate to use Transnistria as a means of pressuring the new government if it took a stand against Russia.

More recently, in September, there were widespread reports that polling stations were once again stationed in Transnistria for the Russian elections, in a clear challenge to Chisinau’s authority.

“Moldova’s eternal security problem, which Maia Sandu inherited, is the Transnistrian issue and persuading Russia to withdraw the armed forces from this territory,” Stepu said. “But as is well known, Russia is a difficult, unpredictable international actor that has been delaying political promises on the Transnistrian issue for decades.