Government has been forced to pay out large sums over human rights rulings.

Government has been forced to pay out large sums over human rights rulings. 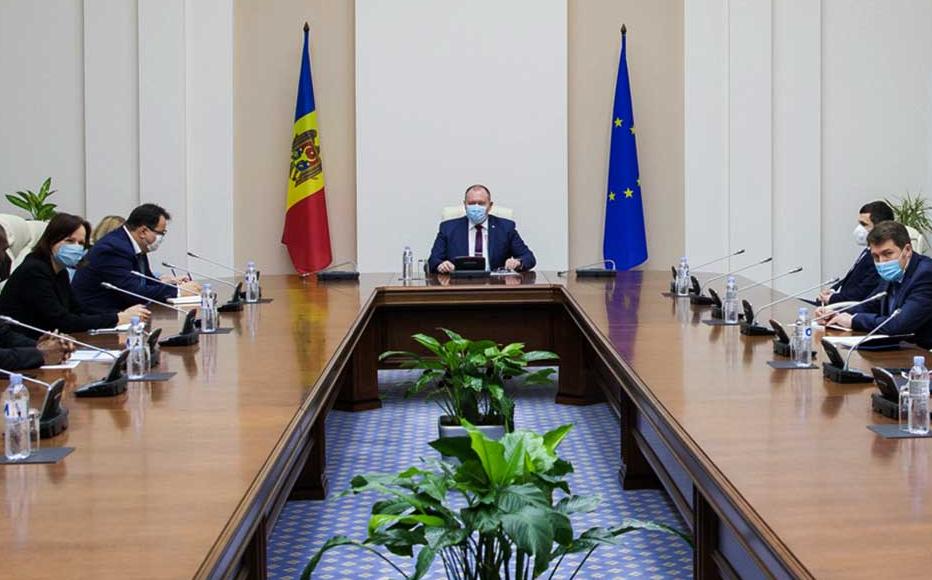 A discussion between the EU and US ambassadors with the Moldovan government on the New Justice Reform Strategy. © Moldova government website
The link has been copied

Experts warn that the implementation of a new law allowing the Moldovan state to demand compensation from judges whose decisions contravened the European Convention on Human Rights (ECHR) may not be straightforward.

Moldova has a record number of rulings from the European Court of Human Rights (ECtHR) over such violations. Between 1997 and 2019 the state paid out more than 17 million euros due to ECtHR judgments.

According to the new law, which came into effect on December 25, judges or prosecutors will be held liable in cases in which their guilt or negligence has been established within disciplinary proceedings by a domestic court.

The Council of Europe also stressed that the law should only be applied according to the principle of fair trial and respecting all procedural guarantees.

Ion Schidu, a member of the Moldovan Bar Association, said that law should both improve Moldovan judicial governance and citizen’s rights in general.

“Putting in place a viable mechanism for holding members of the judiciary that issue unlawful court rulings responsible, with intent or negligence, will advance human rights domestically and will contribute to a judiciary which would live up to its role as a key human rights protector,” he said.

However, some analysts believe that corruption is so deeply entrenched within the Moldovan judicial system that such rulings are unlikely to be passed. Attempts at reform have so far failed to produce convincing results.

Sergiu Litvinenco, a lawmaker with the opposition Action and Solidarity Party, expressed doubts as to the practicality of the new law.

“When it comes to the theoretical part of this mechanism, it is appropriate to hold judges responsible for intentional mistakes,” he said. “However, in practice it might never be applied, because this responsibility should be conditioned on a conviction made by colleagues of that judge.”

Between when Moldova became a party to the ECHR in 1997 and December 2020, the Strasbourg court delivered 473 judgments in Moldovan cases, finding violations in more than 90 per cent of them.

Moldova’s judgements far exceed countries like Germany, Spain or the Netherlands, which joined the ECHR long before Moldova and have a much larger population.

On 24 February 2020, the ministry of justice published a summary of all violations found by the ECtHR in cases against Moldova since 2001. These included 68 non-execution of court judgments, 52 illegal quashings of final court judgments, 45 inadequate investigations of ill-treatment and deaths and 27 cases of unjustified arrest.

The final straw appeared to come in February 2020 when the government was forced to pay out 1.5 million euros in over a case involving the Gemeni building in the heart of the capital Chisinau. The state was also obliged to either return the buildings to the claimants or pay 2.22 million euros in compensation. The main issue the ECHR found was the illegal quashing of the final court judgment.

In 2016, the ministry of justice introduced a similar initiative to attempt to make judges accountable for actions which led to ECtHR violations.  Although dozens of judges were investigated, there was no concrete action, partly due to a lack of political will and partly due to existing guarantees on protecting the judicial independence.

This time, the ministry of justice will be responsible for filing the lawsuits, with action to be initiated within three years of the ruling.

Minister of justice Fadei Nagacevschi told parliament that this would make the deadline for bringing these judges to justice more flexible.

Current legislation, he continued, was highly bureaucratised with short deadlines “which leads to the fact that the state, after the judgements of the ECtHR, can no longer act, because in most cases the statute of limitations expires and they cannot be held accountable”.

Nicoleta Hriplivîi of the Promo-LEX Association warned that without action against impunity, still a major problem in Moldova, the issue would persist.

“A mechanism that would hold judges accountable should exist, or the lack of personal responsibility for the serious violations committed will perpetuate the chaos and the feeling of injustice among the litigants,” she concluded.

Giving Voice, Driving Change - from the Borderland to the Steppes
Moldova
Law reform, Corruption, Rule of Law
Connect with us