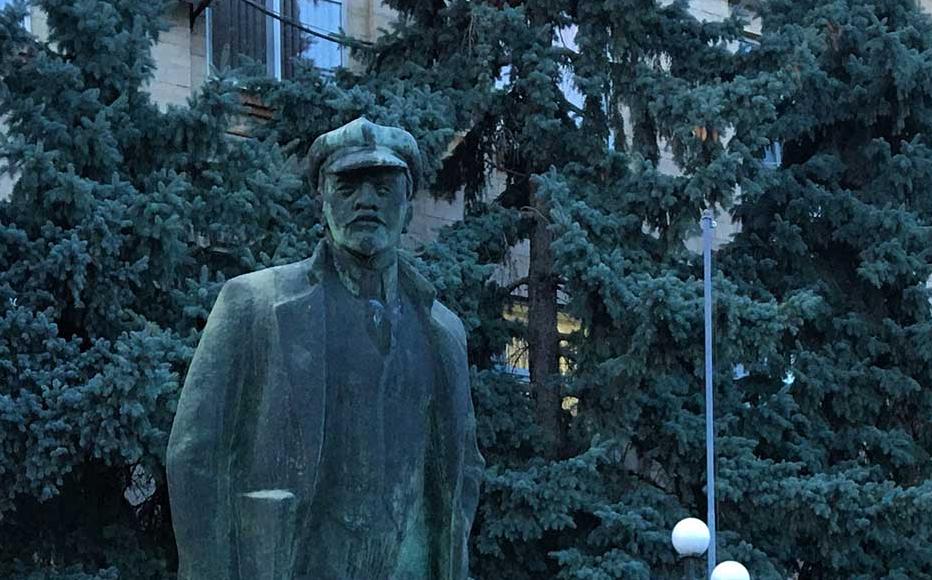 The statue of Vladimir Lenin in front of the office of the Chairperson of the Autonomous Territorial Unit of Gagauzia and the People's Assembly. © IWPR Moldova
The link has been copied

Upcoming elections in Moldova’s autonomous region of Gagauzia will for the first time see only two national parties nominating candidates, with the vast majority of the participants running as independents.

Although the pro-European PAS party won a resounding victory in Moldova’s most recent parliamentary elections, they are not fielding any candidates in Gagauzia on September 19.

Only two national parties have nominated candidates; the electoral bloc of Communists and Socialists and Building Europe at Home (PACE).

Journalist Vitaly Gaidarzhi, director of the Media Birlii - Uniunia Media NGO, said that the PAS victory would have little influence on the polls in Gagauzia, a region mainly populated by ethnic Gagauz, a Turkic-speaking Orthodox Christian group. Russian is the most widely spoken language and local politics have always leaned more towards Russia.

“In the elections to the National Assembly, we see that PAS does not participate in any way. There are no candidates who openly registered from this party, there are no independent candidates who are supported by the PAS party,” Gaidarji said.

Political scientist Igor Botsan said that PAS, along with all national parties, were simply not popular in the autonomous region.

“We used to have elections in which seven or eight political parties participated. Now, there are only two. All the other parties remained indifferent. I think it’s because the candidates do not want to associate themselves with the national parties,” Botsan told IWPR.

Mikhail Sirkeli, executive director of the Pilgrim Demo organisation, said that that it was disappointing that no political force in Gagauzia had taken advantage of a 2020 change in the law that allowed the creation of local parties.

This meant that a system dominated by independent candidates was perpetuated, which in turn continued to fuel corruption.

“Politics in Moldova in general is no longer about being pro-Russian or pro-European,” he said. “I think that this is already in the past, what really matters is now the narrative for fighting corruption, which is what people expect and let’s see what the pro-European government will do with that. The bad relations between Chisinau and Gagauzia is not because in Chisinau they have a pro-European government and in Gagauzia we have a pro-Russian government, it’s because the government in Chisinau is insisting that they will fight corruption and clean the system, and authorities in Gagauzia are part of that corrupt system.”

The elections to the People’s Assembly are held under a single-mandate system with 35 constituencies having one position each, ensuring that each district has its own representative.

Ekaterina Zhekova - one of only 18 women out of a total of 122 candidates running for the People's Assembly – said that the system generally pandered to highly localised interests. A lack of knowledge of the political process also affected elections, she continued.

“Fixing the water supply and sewerage systems, repairing roads - people want their living conditions to be improved,” Zhekova said. “I am trying to explain to locals that members of parliament must write laws that will affect their lives and, that they should not believe the candidates who promise to repair the roads.”

This made local politics particularly vulnerable to corruption, she contained, adding that bribery was common in Gagauzia’s elections and that she had seen clear instances of this among her rivals.

“It works well, because people in the village constantly need grain to feed their cattle,” Zhekova said. “It is convenient for farmers too, because they rent land from locals and when it is time to pay for rent, they simply deliver more grain than is needed in order to make people vote for them.”

Sirkeli said that this endemic corruption would define not only these elections but the performance of the future administration.

“The danger from my point of view, isn’t necessarily of a pro-Russian stance, it’s that that there will be many members who will be ready to sell their votes, so from that point of view they will be good targets for the mafia, for corrupt groups, and yes, even for the Russians who would love to buy votes in the People’s Assembly,” he concluded.

One voter, 29-year-old Grigory Stoyanov, said that the political landscape had left other young people feeling alienated and disilusioned.

“The impression is that each of them, by entering the People’s Assembly, will try to get more money for their own villages,” he said. “We cannot see any proposals that are related to the entire autonomy. We do not have regional parties with their own policies, so that I could know what I am voting for. Because of this, I personally have no interest in the elections, and I think the majority of young people feel the same.