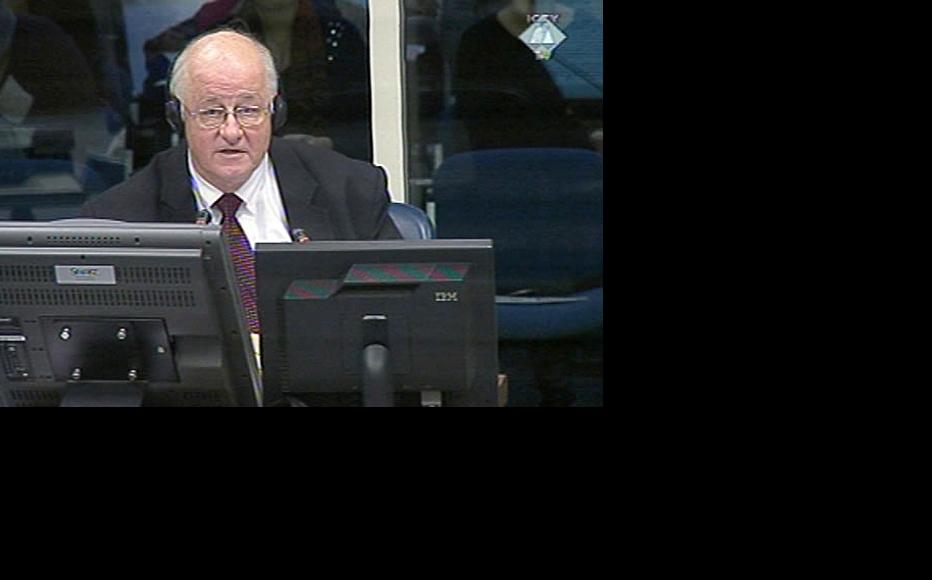 An expert witness who gave testimony in the trial of former Bosnian Serb army chief Ratko Mladic this week described the destruction of religious sites during the war.

Andras Riedlmayer is director of a documentation centre for Islamic architecture affiliated with Harvard University and the Massachusetts Institute for Technology. He authored a report for the prosecution on the numerous mosques and Catholic churches destroyed during Bosnian conflict.

Mladic is charged with the “destruction of cultural monuments and sacred sites” in relation to 11 Bosnian municipalities.

Prosecutors allege that Mladic, commander of the Bosnian Serb army from 1992 to 1996, is responsible for crimes of genocide, persecution, extermination, murder and forcible transfer which “contributed to achieving the objective of the permanent removal of Bosnian Muslims and Bosnian Croats from Bosnian Serb-claimed territory”.

Mladic was arrested in Serbia in May 2011 after 16 years on the run.

Riedlmayer identified the remnants of a mosque in the town of Srebrenica from two photographs, the first taken by Amnesty International researchers in March 1995 and the second by the witness himself in July 2002.

In the first photo, he noted, “you can see the blasted minaret… and you can see the building is simply gone. It used to be several stories high. The roof has landed on top of the foundation.”

In the second photo, from 2002, “the site is empty. There is a ritual deposit of garbage at the site.”

“Why do you call that a ritual deposit of garbage?” the prosecutor asked.

“Because we are in the centre of Srebrenica in the main market square and the garbage is at the site of the mosque. It doesn’t strike me as [the] logical place for a town dump,” Riedlmayer said.

He said rubbish was often found in locations where mosques had been damaged or destroyed, including at the Kukavica mosque in the eastern town of Foca. Riedlmayer said he had analysed photographs showing heaps of trash at the Foca site, including what he identified as a pig’s skull.

One of the judges asked how the witness knew it was the skull of a pig.

“Harvard has a museum of comparative zoology, and I took the photo over there, where they have a collection of animal skulls. I compared them and consulted the curator. It was a positive identification that it was a pig skull,” the witness said. “It’s also compatible with information on other sites – though not this one – that talks about pig heads being deposited at sites of mosques, because as you’re probably aware, pigs are considered unclean by Muslims.”

Presiding Judge Alphons Orie noted that the caption on the photo said “skulls” and asked whether the word should be singular or plural.

“That is a typographical error. There is one skull. The other bones you can see amidst the rubbish,” the witness said.

The issue of the pig’s skull was raised again during cross-examination, when Mladic’s lawyer Branko Lukic asserted that the skull in the picture had a horn coming out of it, and therefore could not be from a pig. He suggested that the parties have another look at the photo.

They did so, and Judge Orie said there appeared to be additional skulls, instead of just the one, as previously stated by the witness.

By way of explanation, Riedlmayer said that what Lukic was pointing to in the photograph was “not a horn”.

“To my knowledge, horns come out of the forehead and not the cheek,” he explained.

As for whether there was one or multiple skulls in the photograph, the witness told Judge Orie, “when I saw the picture, I didn’t see the additional skulls until you pointed them out”.

“You talked about a skull and the photo says ‘skulls’, and you said that was a typo. And now it turns out not to be,” Judge Orie said.

“I had focused on the skull in the middle and therefore when I saw that the picture, as I had initially perceived it, did not match the text, I figured it was a mistake in the text,” Riedlmayer said.

“You jumped to conclusions yesterday which turn out not to be very solid,” Judge Orie told him.

Moving on to other topics, defence lawyer Lukic asserted that Riedlmayer was “personally involved in propaganda against Serbs by comparing them with Nazis and Fascists of Italy”.

“I would have to review that document to see if I exactly said that, but I do believe that I characterised the ideology of extreme nationalism as analogous to the same ideologies of World War II,” the witness said.

Lukic then asked whether the witness had characterised the political party of Serbian nationalist Vojislav Seselj as “fascist”. Seselj is also on trial at the Hague.

Riedlmayer said that a friend had written to him some years back with concerns that the former Yugoslavia was sliding back into war.

“I wrote back an elaborate reply, and I think as part of that reply, I pointed out that if the Serbian elections went to the Radicals, it would be a bad thing. In that I characterised the ideology of [Seselj’s] Serbian Radical Party as neo-fascist, that is correct. This was private correspondence but he posted it on his blog. That’s the nature of the internet, unfortunately,” Riedlmayer said.

Lukic asked whether during the war, the witness had “urged that the Muslim arms embargo be lifted”.

The witness replied that in the summer of 1995, he signed an open letter to the administration of United States president Bill Clinton that called for the lifting of the arms embargo. Riedlmayer said that under the United Nations charter, “Bosnia Herzegovina retained the right of self defence” until the “Security Council can take effective measures to restore peace and security”.

“By 1995, it seemed to me that the UN had not restored peace and security,” he said.

“Would you agree with me that you have had pro-Muslim, anti-Serb leanings?” Lukic asked him.

“I think again that’s a loaded question. I am not pro-Muslim or anti-Serb. I am in favor of a civic Bosnia Herzegovina and do not believe in ethnic partitions. I’m not a citizen, so obviously it’s not up to me to decide its government,” Riedlmayer said.